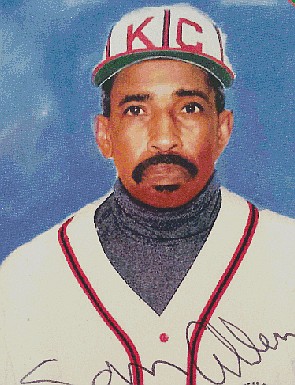 Sam Allen, 84, of Norfolk, who led the Negro League in runs scored in 1957 when he played for the Kansas City Monarchs, and Ken Free, 81, of Greensboro, N.C., who played in the last Negro League All- Star game in 1959 at Comiskey Park in Chicago, will be part of the panel 8 p.m. Monday, July 27.

The panel is one of four weekly online presentations, beginning Monday, July 20, through Monday, Aug. 10, by the MJBL for the Bonds Symposium. All panels are free and are open to the public for participation via Zoom video conferencing. Each starts at 8 p.m.

“We thought it important to continue the event even though COVID-19 has canceled our on-field games,” said William M.T. Forrester Jr., executive director of the MJBL that was founded in 1966 to provide organized baseball to Black youngsters dur- ing segregation. The MJBL now has teams in 16 states and the Bahamas.

“With all that’s going on with the Black Lives Matter movement now, we felt it is a great time to talk about baseball during the time of unrest 100 years ago, and how baseball was one of the largest economic engines we had at the time,” Mr. Forrester said.

“It was the second largest revenue producer in the Black community behind Madam C.J. Walker’s beauty products,” he said.

The symposium’s first panel on Monday, July 20, will talk about the “what ifs,” Mr. Forrester said. “What if we had continued the investment in the Negro Leagues? How strong an organization would it be now and the impact it would have economically on our communities – with the owners, the players, the managers, the concession people and the hotels? What will it take to get engaged like that again?”

Speaking on the first panel will be Jerry “The Sage” Manuel, a former Major League Baseball player in the late 1970s and early 1980s who went on become the first African-American manager in MLB. He managed the Chicago White Sox from 1998 to 2003 and the New York Mets from 2008 to 2010.

The panel on Monday, July 27, will focus on the 100th anniversary of Negro League Baseball, which is being celebrated this year. In addition to Mr. Allen and Mr. Free, the panel will include Emmy-nominated director Lauren Meyer, whose documentary, “The Other Boys of Summer,” tells the story of racism, segregation and civil rights through the lives of Negro League players.

In addition to playing for the Monarchs, Mr. Allen played for the Raleigh Tigers and the Memphis Red Sox before he was drafted into the Army in 1960.

Mr. Free, who played with the Raleigh Tigers in 1959, later signed a contract with the New York Mets and played five seasons with minor league teams through 1964. In 1978, he became the first full-time commissioner of the Mid-Eastern Athletic Confer- ence, or MEAC. He served in that role until mid-1996.

The final panel on Monday Aug. 10, will discuss the Black heroes in baseball and how to revive interest in the game within the African-American community. Panelists include Corey Nicholson, national chairman of the MJBL, and Barksdale Haggins of Dallas, a MJBL board member.