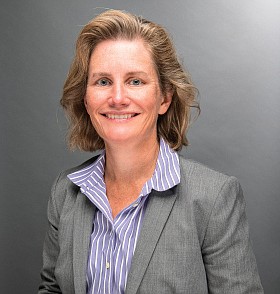 When city officials decided to promptly remove the Confederate statues along Monument Avenue and other parts of the city, everything was in place for the action except the money to pay for it.

The estimated $1.8 million tab for the removal will require some more squeezing of an already squeezed local government budget, city officials acknowledge.

A corps of civic-minded volunteers has emerged and is trying to raise the needed money privately to give to the City of Richmond to directly pay the costs of moving the large statues.

The group, going by MoveTheMonuments.org, is using the nonprofit Maggie Walker Community Land Trust as its transfer agent to handle contributions, which will be tax deductible.

While in gear for roughly two weeks or so, the Move The Monuments campaign has raised more than $25,000 from a myriad of donors, including nearly $15,000 on its GoFundMe page.

With the city dealing with the unexpected economic and human costs of the COVID-19 pandemic, organizers felt people would want to step up to the plate to help pay for the removal of the Confederate symbols of hate and oppression. Any excess contributions will be given to Richmond Public Schools, organizers said. 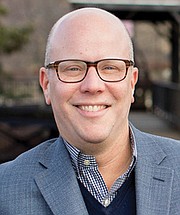 “The financial impact of being on the right side of history could have an unintended impact on scarce resources allocated for education, housing, infrastructure improvements and much more,” the group explains on its site. “That is exactly why Move the Monuments was created.”

“I knew the city couldn’t afford this,” said Shannon Harton, a Richmond Realtor and organizer of MoveTheMounments.org. “This started when I wanted to help,” he said, noting he shared his idea of privately raising money to help with the city’s cost with colleagues. They thought it had merit and helped him work out the details.

Within a few days, Mr. Harton was in touch with Laura Dillard Lafayette, a Richmond native and chief executive officer of the Richmond Association of Realtors, who offered a plan to make contributions tax deductible.

Ms. Lafayette chairs the Maggie Walker Community Land Trust and brought the idea to the board, which agreed to be the financial conduit.

Today, in addition to having its own website, Move The Monuments has a postal mailing address and the GoFundMe page to collect donations, Mr. Harton and Ms. Lafayette noted, adding they are ready to work the phones, mail and internet to raise the needed funds.

“The statues need to come down because they are horrible symbols,” said Ms. Lafayette, a graduate of Manchester High School in Chesterfield and the College of William & Mary. “The city of Richmond does not have $1.8 million laying around,” she said.

Ms. Lafayette also served as press secretary to former Gov. L. Douglas Wilder during his administration and during his campaign.

“We feel very strongly we are giving to close the gap,” she said, noting the city faces a wide gap between anticipated revenue and needed resources during the current economic crisis caused by the pandemic.

“We look at the monuments as relics of our past. If someone’s conviction is the monuments should come down, then we suggest they put their money behind that conviction,” she said.

Ms. Lafayette and Mr. Harton said they are trying to raise the needed revenue as soon as possible, noting that the urgency tends to diminish as the statues come down.

“I don’t have a concern if we don’t get it done in a couple of weeks,” said Mr. Harton, a past PTA president at Westover Hills Elementary School.

He said he knows fundraising takes time and patience. “The urgency is to get it paid for,” he said.

Ms. Lafayette echoed his sentiment in talking about the challenge.

“If the statues come down, it’s still the same cause,” she said. “That removal has to be paid for.”