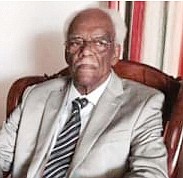 Alton Henry Belsches Sr. joined the Richmond Police Department in 1960 as sit-ins and demonstrations against racial segregation in Richmond were taking off.

And when the 87-year-old retired police lieutenant died at his Richmond home on Wednesday, June 3, 2020, ironically the city was again experiencing protests and upheaval over racial injustices. Family and friends celebrated Lt. Belsches’ life Wednesday, June 10, at Scott’s Funeral Home Chapel in North Side.

Born in Sussex County, Lt. Belsches joined the Navy after graduating from the county’s segregated training school. He served on the U.S.S. Missouri and the U.S.S. Sierra during the Korean War.

Newly married to Cornelia Brown, who is deceased, he left the Navy and the couple settled in Richmond where he joined the police force. He served with the department for 35 years. He became one of the first black officers to receive FBI training that had previously been reserved for white officers.

Seeking promotion, he completed his bachelor’s in criminal justice at Virginia Commonwealth University. Before retiring around 1995, he rose to the rank of lieutenant.

After retiring, he worked seasonally for the U.S. Postal Service, conducting background checks on new employees. He also enjoyed other pastimes, including photography, travel and reading. He was a lifelong member of Plank Road Baptist Church in Waverly.