Are we worthy of the sacrifice? by A. Peter Bailey 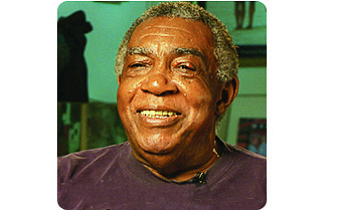 Recently, while delivering a lecture on my extensive, overwhelmingly black magazine collection, I showed students the June 28, 1963, issue of Life Magazine, the cover of which showed a grieving Myrlie Evers consoling her young son at funeral services for her husband, the great warrior Medgar Evers.

Brother Medgar had been assassinated by a white racist terrorist.

During my lecture, I stopped and asked the students if they knew who Medgar Evers was. Only three of the 50 students raised their hands affirmatively. This means that 46 of the 49 black students — one was Caucasian — had no idea of the major contributions that Brother Medgar had made in the fight for equal rights, equal opportunity and equal justice in the violently white supremacist state of Mississippi and throughout the former Confederate states of America.

My immediate reaction was anger at the students. But I caught myself when realizing their ages. However, I did explain to them that Brother Medgar’s son was crying hard for a father who had given his life to help the students and others enjoy some of the opportunities they have today. “If Medgar Evers and hundreds of others had not put their lives on the line, you would not be in the position you are in today,” I told the students. “It is absurd that someone from your homes, your churches, your schools, your fraternities and sororities etc., have not made you aware of such a talented, intelligent, determined and committed warrior.”

The situation once again confirmed my position that the education system in this country will never in the foreseeable future teach the real history of black folks in the United States. It’s time for the aforementioned institutions

and organizations to make teaching our history an integral part of their agenda.

In a February 1981 must-read Ebony Magazine article, “Why Black History Is Important to You,” the brilliant journalist and historian Lerone Bennett Jr. stated that our history is a bet that our ancestors placed that we must now cover.

When 46 of 49 black students in a university classroom don’t know who Medgar Evers was, it is clearly evident that we, as African-Americans, are not covering the bet made by our ancestors.

It also reinforces my belief that we, at least thus far, have not proven worthy of the supreme sacrifice made by ancestors such as Brother Medgar and numerous other warriors who were murdered and assassinated by white supremacist terrorists.

The writer is an author and journalist based in Washington.