Out with the status quo by Dr. Wilmer J. Leon III 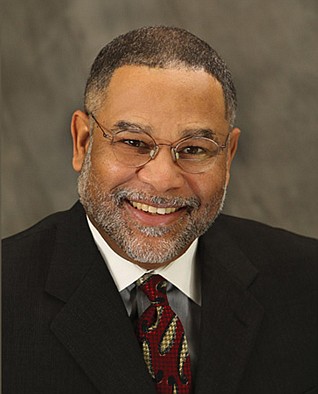 As America muddles its way through these perilous times, too many in the African-American community appear to be more confused than ever. We have traded our interests in for “electability” and “anybody but Trump.” The late NAACP Board Chair Julian Bond told us that we have no permanent friends and no permanent enemies, just permanent interests. Malcolm X called them permanent agendas.

By failing to develop, understand and articulate our permanent interests/agendas, we fall victim to the problem of binary politics, the simplistic either-or scenario. Yes, this is a two-party system, but failing to have an afro-diasporic weltanschauung, or world view, continuously leaves us with the simplistic and deadly choices of the status quo: “Do you want lead in your drinking water or mercury? Do you want arsenic with your grits, baby, or do you want mamma to sprinkle a bit of strychnine on them for you?”

Having an afro-diasporic weltanschauung does not mean that we are a monolith. It recognizes that we share a common history and oppressor and we should have common issues and values.

This rant of “anybody but Trump” is a perfect example of the dangers of binary politics, especially for the African-American community.

Please don’t get this twisted.

Yes, President Trump is disgustingly ignorant, vile, gauche, racist and an admitted sexual predator. However, following the simplistic narrative of “anybody but Trump” without an afro-diasporic welt- anschauung as the basis of your analysis will not lead you to a better alternative.

We’ve been told by some in leadership positions that “we know Joe (Biden) and Joe knows us,” “He is a public servant who has always worked for the best of who we are as a nation and we need that right now,” and “The answer to hatred and division is to reignite our spirit of common purpose ... He’ll restore honor to the Oval Office and tackle our most pressing challenges.”

Yes, we know Joe. He has quite a long record. His record on busing, the crime bill, Anita Hill’s testimony against Clarence Thomas, plagiarism and other issues is very clear. I don’t write this to say that Joe Biden is the wrong choice. I write this to say that if your analysis is solely based on “electability” or “anybody but Trump,” then your analysis is shallow. In fact, it’s not even analysis; it’s reactionary. The African-American community can ill-afford reactionary politics. It’s not about the politics of personality. It’s about the politics of policy.

“Anybody but Trump” ignores the fact that as president, Mr. Trump is a functionary of the U.S. government. His position on Venezuela is the same as previous administrations. Both Democrat and Republican administrations have had policies that included U.S. interference in Central and South American countries. His position on tax cuts and cuts to social programs builds upon tax policy and social policy cuts from previous administrations. Remember “ending welfare as we know it” under President Clinton and President Obama’s failed “Grand Bargain?”

Again, I did not write this to say that Joe Biden is the wrong choice. I’m merely asking what do we get for our loyalty — more hope without substantive and systemic change?

The issues that plague America are systemic. Racism in America is organic. What do we get for our endorsements? An afro-diasporic weltanschauung is essential to developing the platform that serves as a baseline for any political candidate that seeks the African-American vote. Any candidate seeking our support must commit to supporting a set of clear platform planks and policy initiatives that support the community. The 1972 Gary Declaration from the National Black Political Convention is the place to start.

Yes, President Trump needs to go, but so does the status quo.

The writer is the producer-host of the nationally broadcast call-in talk radio program “Inside the Issues with Leon” on SiriusXM satellite radio.