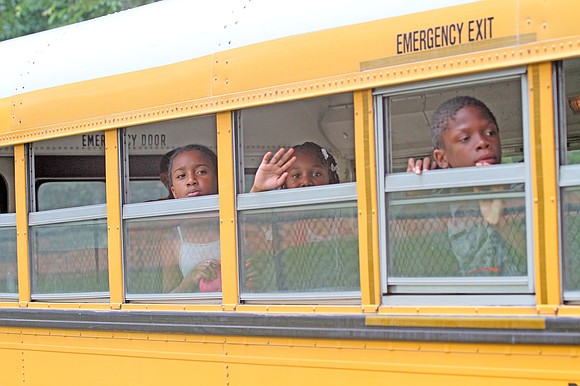 On Wednesday, an additional 15 sites in neighborhoods around Richmond also were opened for families to pick up meals from 9:30 to 11 a.m. Monday through Friday.

Many of the school-based food distribution centers had light turnout on Monday when they first opened, as the word was starting to filter out and parents were trying to find the exact locations. For example, at Chimborazo Elementary, food could be picked up in the rear of the school, while at Ginter Park Elementary, the pickup point was at the side entrance and for others, the schools’ front lobbies.

Carver Elementary School was added Wednesday as a food distribution center, while Henderson Middle School was removed because of road construction.

Mr. Kamras said the administration is working with partner agencies to deliver food to families that have difficulty getting to the distribution centers because of a lack of transportation or child care.

“As we get into next week, the administration will know if there may be any meal short- ages. The district has alerted the city and partners that additional support may be needed in get- ting resources for our families,” Mr. Kamras said.

During the meeting, the board approved a $533,000 budget transfer for deep cleaning supplies and services for all schools because of COVID- 19, as well as an additional $250,000 for nurses for special needs children through June 30, the end of the current fiscal year.

The board also approved a resolution by board member James “Scott” Barlow, 2nd Dis- trict, authorizing Mr. Kamras and board Chairwoman Linda Owen, 9th District, to make transfers of up to $1 million without a vote of the entire board. Any transfers can be halted, however, if at least two board members object.

The emergency resolution can be removed by a majority vote of the board or when the COVID-19 state of emergency is lifted by federal, state and city officials.

“I do hope people watching, as we respond to this crisis locally, have a better under- standing as we go through this process of the integral role RPS and other school divisions play in our communities,” Mr. Barlow said.

“We are not just an educational agency,” he said. “We supply nutritional and emotional support for our students and are likely more in touch with the needs of families than other agencies.” 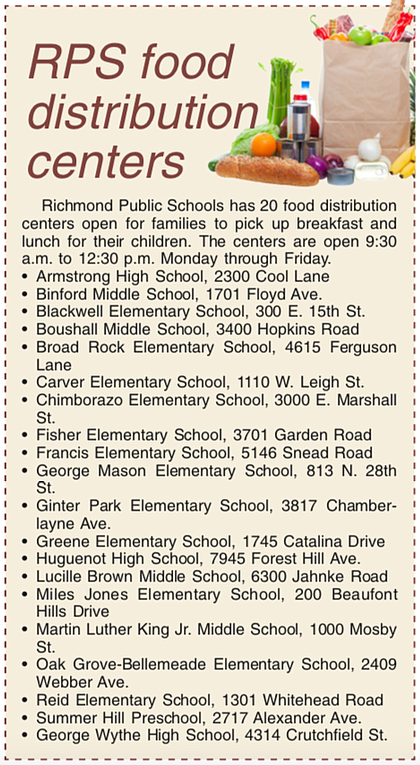