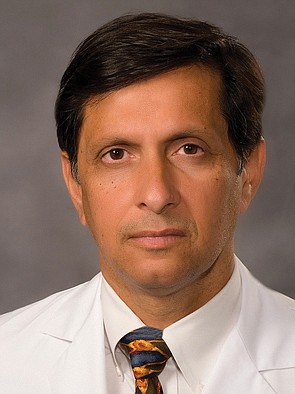 Researchers at Virginia Commonwealth University are participating in a trial of an experimental treatment for patients with moderate to severe symptoms of COVID-19, the novel coronavirus that has spread around the world.

Dr. Anrun Sanyal, a liver specialist and professor of internal medicine in the VCU School of Medicine, is leading human clinical trials on the anti-viral drug remdesivir that Gilead Sciences Inc. developed and that was used to treat Ebola.

The idea of using it to treat coronavirus stemmed from its use on a man hospitalized with the virus in Washington in a last-ditch effort to save his life.

“We feel it is extremely important that drugs to be used for this potentially life-threatening disease be tested rigorously so we have good evidence of their efficacy as well as their safety,” Dr. Sanyal stated in the announcement Tuesday.

“We look forward to generating the data that hopefully will help lots of people who have this condition.”

VCU is one of a handful of institutions in the United States to begin using the drug on humans. The first randomized, controlled tests in the nation began in February.

Remdesivir has previously shown anti-viral activity against other coronaviruses like SARS, severe acute respiratory syndrome, and MERS, Middle East respiratory syndrome, in vitro and in animal models. But clinical trials were never completed because of the lack of available study participants, and the investigational drug is not currently publicly available, VCU stated.

The drug works by mimicking the appearance of part of the virus and infiltrating the enzyme that viruses can use to replicate themselves. It is designed to slow the infection of healthy cells in a patient’s body.

“Our team members at VCU and VCU Health have been actively searching for ways to combat COVID-19, a virus that has disrupted our lives and the lives of those we serve,” said Dr. Peter Buckley, dean of the VCU School of Medicine, interim senior vice president for VCU Health Sciences and chief executive officer of VCU Health System.