Spotlight on board chairman of the Virginia Capital Trail Foundation 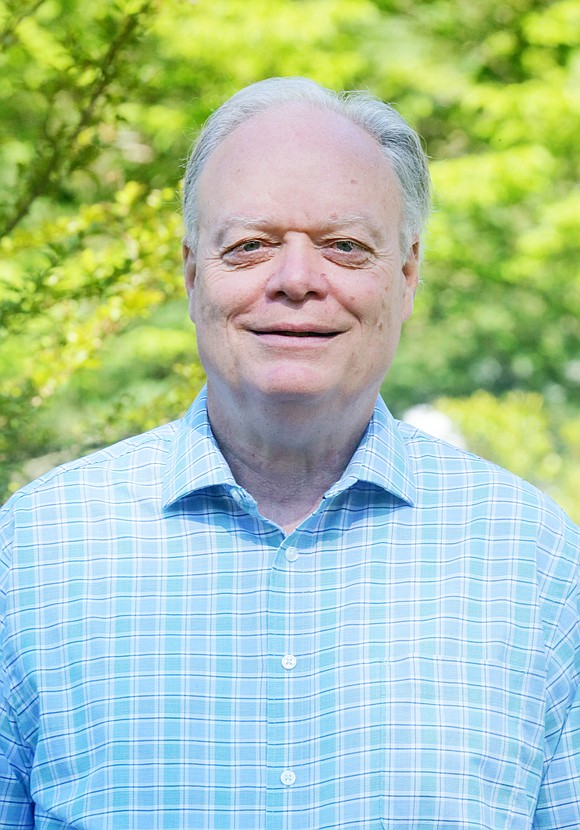 The coronavirus has seen many aspects of public life suspended to ensure public health. But that doesn’t include getting outdoors for fresh air and exercise.

The 51.7-mile paved pedestrian and bicycle trail on state Route 5 between Richmond and Williamsburg, known as the Virginia Capital Trail, has become even more popular during the pandemic as people are anxious to get out of the house to exercise and ease the stress of staying indoors.

The trail has a bevy of committed volunteer caretakers under the auspices of the nonprofit Virginia Capital Trail Foundation led by board president Barry S. Watkins.

The Henrico County resident, who has served on the board since 2017, views the foundation’s role as one of protecting, promoting and enhancing “one of the greatest recreational amenities in our region.”

“Especially during this time of fear and anxiety, the trail can provide a sense of calm, peace and exercise,” Mr. Watkins says. “The foundation helps to ensure that people continue to have access to a first class trail and to participate in a variety of meaningful ways, such as programs, events or just a leisurely walk or ride.”

During the month of March alone, trail usage has increased by 65 percent, he says, making it even more important for people to follow the health and safety guidelines of keeping 6 feet apart and wearing masks.

When the VCTF was started in the fall of 2004, its primary goal was to advocate for the completion of the trail, which was built in sections running from the state’s capital city, Richmond, through Henrico, Charles City and James City counties to Williamsburg, the former Colonial Capital. The foundation helped raise public awareness of the trail and funding for its completion and promotion.

Today, the foundation’s work continues with advocacy and programming. Foundation volunteers work as ambassadors monitoring the trail and helping pedestrians and bicyclists with information, first aid and bike repair along the route; keeping the trail free of litter; and planning for various events.

One of the largest events is the annual Cap2Cap fundraiser scheduled for Aug. 22 in which bicyclists of all ages and levels of ability can ride part of or the entire trail from Dorey Park in Henrico to Chickahominy Riverfront Park in James City County.

On Monday, May 11, the VCTF is launching the Capital Quarantine Challenge, where participants are invited to com- plete the entire 51.7 miles in sections or all at once through running, biking, rollerblading, walking or “whatever fits them,” Mr. Watkins says.

“After they complete it, they get a certificate of completion and a T-shirt,” he adds.

The foundation also has scheduled its 2nd Annual Cap Trail 10 miler/5K in October, which marks the fifth anniversary of the trail’s completion.

While Mr. Watkins says more money would help the foundation do its work, he sees a potential boon in a network of interconnected trails throughout the state joined to the Virginia Capital Trail. This system could potentially enhance transportation opportunities while leading to increased usage, programs and events in the region.