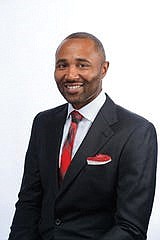 Alabama State University, a public HBCU in Montgomery, is hopeful a former NBA All-Star will bring success to its basketball program.

Mo Williams, an NBA guard from 2003 to 2017, has been hired to coach the Alabama State Hornets, a member of the Southwestern Athletic Conference, or SWAC.

The Hornets were 8-24 this past season under Coach Lewis Jackson, including a 78-62 November loss at Virginia Commonwealth University. Williams starred at the University of Alabama before join- ing the Utah Jazz as the 47th overall pick in the NBA’s 2003 draft. He later played with Milwaukee, the Los Angeles Lakers, Portland, Minnesota, Charlotte and Cleveland.

Averaging 13 points per game during his career, Williams was an All-Star in 2009 with the Cleveland Cavaliers and a member of its 2016 NBA championship squad.

Williams served as an assistant coach during the past two seasons at California State University-Northridge under his former college coach, Mark Gottfried.