Ready for sale: City wants to dispose of high-value property 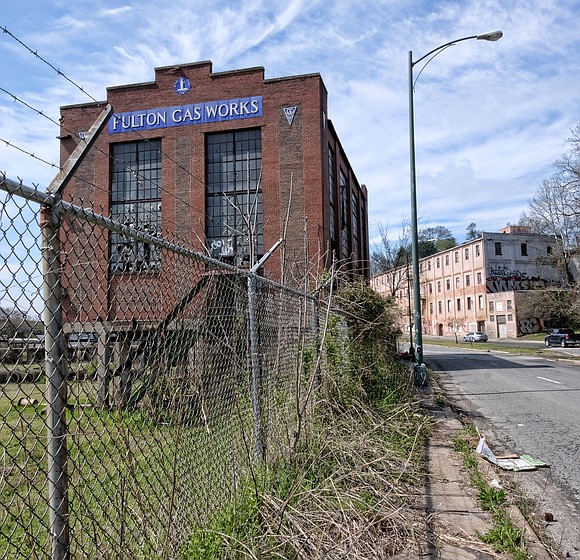 The vacant Richmond Coliseum in Downtown.

The aging Arthur Ashe Jr. Athletic Center in North Side.

The historic but long-closed Fulton Gasworks in the East End.

These are among 13 pieces of city property described as high-value that Mayor Levar M. Stoney’s administration wants permission to sell.

The administration Monday released the list of properties to City Council, which would need to muster a seven-member majority to authorize the disposal of any of the properties that comprise nearly 84 acres.

Sharon Ebert, the city’s chief economic development officer, said the administration would begin to issue requests for proposals for each of the properties for which a sale is authorized. If the administration gains the support, such requests could be issued beginning next year, she said.

The list shows the administration is ready to rev up the long-stalled Boulevard development, the largest element with at least 60 acres. Since 2012, the city has invested more than $15 million to clear much of the land, remove environmental hazards and relocate city and school operations from the site. According to the city, the property is divided into six parcels that collectively are valued on the tax rolls at about $53 million.

But the promised development has remained on hold while the future of The Diamond baseball stadium was settled. Plans now call for Virginia Commonwealth University and the Richmond Flying Squirrels to build a new stadium across Hermitage Road on the state Alcoholic Beverage Control property. That project is to begin after the ABC headquarters and operations center move in 2021 to a new location being built in Hanover County. Along with the Ashe Center, for which a replacement plan has not been announced, the property to be sold would include The Diamond, the Parker Field softball space, the site with the old train station that was used as a visitor center, the huge parking lot behind the ballpark and the property to the south and east that once housed Public Works and school operations.

Other prime property on the list includes some parcels that were included in the failed Navy Hill re-development plan, such as the Public Safety Building, 500 N. 9th St.; the large surface parking lot in the 800 block of East Clay Street that serves the John Marshall Courts Building and City Hall; and the Coliseum. The 6th Street Armory is not included. The three properties proposed for sale are collectively valued at $70 million, according to information on the list.

Richmond has received an unsolicited offer to purchase the Public Safety Building for a $350 million development of office space for Virginia Commonwealth University and two nonprofits that provide accommodations for relatives of patients. The city, though, still would need to issue a request for proposals to allow for competition under state law.

The disposal list also indicates that the city is giving up its plan to relocate the Department of Public Utilities to the Fulton Gasworks site, once a center of natural gas production and distribution, in the 3300 block of East Main Street and two other parcels. Those are collectively valued at about $2.6 million.

Separately, the city is asking City Council for permission to sell off Downtown parking garages and surface lots, as well as two closed elementary school buildings, Whitcomb Court Elementary in the East End and Oak Grove Elementary in South Side, to create sites for the development of affordable housing.

The targeted parking sites the administration wants to sell include surface lots at 5th and Broad streets, 6th and Grace streets, Grace and Jefferson streets, and Grace and Adams streets, along with the 7th and Marshall Parking Garage and similar assets.

Those properties, according to the list, are valued at nearly $20 million.

The sell-off, the list shows, also would include a 2.6-acre site at 1111 Fourqurean Lane in North Side, now valued at $44,000. That Public Works property would be earmarked for an affordable apartment complex. The property is located just up the street from the former St. Elizabeth’s Catholic School, which has had three previous apartment proposals killed because of neighborhood opposition.