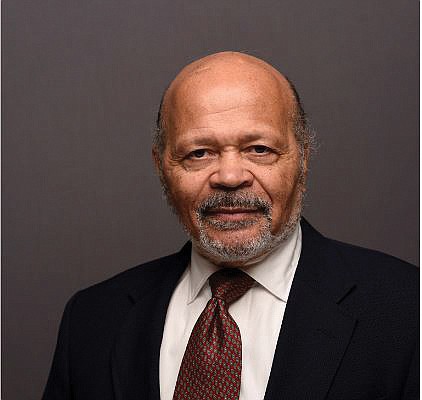 America can no longer stick its head in the sand to avoid seeing the serious flaws in the culture of American policing.

The plague of gratuitous violence against “the other” — mainly directed towards African-Americans — has now spread and targets anyone who dares to criticize any form of law enforcement in this country.

The countless instances of cops murdering African-Americans caught on video have crushed the denials of disparate treatment of people of color by police, along with their accusations that such claims are exaggerated and false.

There are too many cases of lethal animosity directed toward African-Americans to support the false “few rotten apples” defense that these are the acts of a small number of rogue cops who can easily be weeded out or retrained. Clearly the problem is systemic and goes to the very root of American policing. Every day, we witness more evidence that the entire barrel of apples is rotten in many cases.

In Kenosha, Wis., a young white man, visibly armed with a long gun that he had just used to murder two people, walked unimpeded past a troop of police responding to a call that there had been a shooting. This cultural blindness is aggravated by the fact that the police allowed this white killer to pass uninterrupted while a crowd of Black witnesses were pointing towards him and shouting that he had just killed someone.

In defense of the white privilege the police afforded this killer, the chief law enforcement officer of Kenosha offered the totally illogical reasoning that his officers were experiencing “tunnel vision” as they were responding to a report that a shooting had just occurred and that is why they ignored the witnesses yelling and pointing out the killer.

Some people now are pulling their heads out of the sand, and while blinking their eyes in the harsh light of this reality, proclaim that “things have really gotten bad.” But things have been bad for centuries. The Kerner Commission Report, written more than a half century ago, documented the very injustices and intolerable abuses visited on people of color that plague us today.

The Kerner Report was com- missioned in 1967 by President Lyndon B. Johnson in the wake of civil unrest and riots by people of color that began in the mid-1960s in America’s cities. President Johnson said he wanted to find out what was causing this unrest.

White America was blind to the causes of pain inflicted upon people of color, but after a year of research, the Kerner Commission reported:

White America took one look at this report and stuck its head back in the sand. Not wanting to offend his political base, the white middle class, President Johnson hoped to lay blame on outside agitators such as Communists and irresponsible journalists. But the report clearly laid the blame at the feet of white racism. White America was offended by the truth and their backlash contributed to a loss of support for President Johnson’s civil rights initiatives and led to the “law and order” climate that propelled Richard Nixon to the presidency in 1969 and introduced decades of militarized policing.

Not only has America disregarded the Kerner Report, but a more recent and even more startling red flag is being ignored. Since 2006, an FBI intelligence assessment entitled, “White Supremacist Infiltration of Law Enforcement,” has sat largely ignored by most of America’s news media, politicians and citizens.

The Guardian newspaper, headquartered in England, recently published an article: “The FBI warned for years that police are cozy with the far right. Is no one listening?”

The article was written by a former FBI agent, Mike German, whose job it was to infiltrate white supremacist groups. He cites the FBI’s 2006 assessment and points out the fact that the criminal justice system “can never achieve its purported goal of fairness while white supremacists continue to hide within police departments.”

There are many good cops and many good police departments. But we turn a blind eye to the bad cops and the rotten departments at our own peril. Policing based upon white supremacy and carried out by cops who hate is a destructive force that threatens the very fabric of our democracy. We must always strive to eliminate them and the politicians who support them.