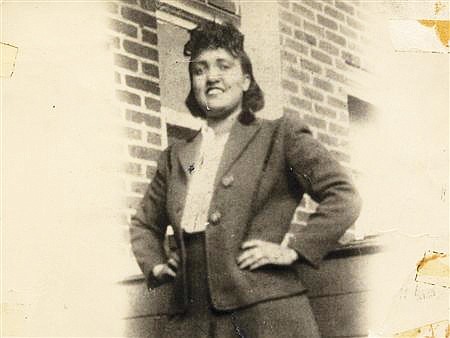 BALTIMORE - The family of the late Henrietta Lacks, who unwittingly spurred a research bonanza when her cancer cells were taken without her knowledge in 1951, has hired a prominent civil rights lawyer to seek compensation from pharmaceutical companies.

The relatives of Mrs. Lacks, a native of Roanoke who later grew up in rural Halifax County, have hired Ben Crump, a Florida-based attorney who has represented the families of a number of Black people who have died at the hands of police and vigilantes in recent years. Those clients include the families of George Floyd, Trayvon Martin and Breonna Taylor.

The Baltimore Sun reported July 29 that a lawyer for the Lacks family said a legal team is investigating lawsuits against numerous potential defendants.

Cells taken from Mrs. Lacks at Johns Hopkins Hospital in Baltimore, where she lived with her husband and children, have been widely used in biomedical research. The so-called HeLa cells became crucial for key developments in such areas as basic biology, understanding viruses and other germs, cancer treatments, in vitro fertilization and vaccine development.

Mrs. Lacks became known in 2010 with publication of Rebecca Skloot’s best-selling book, “The Immortal Life of Henrietta Lacks.” An HBO film by the same name, featuring Oprah Winfrey as Ms. Lacks’ daughter, was released in 2017.

As the book relates, Mrs. Lacks was under anesthesia on an operating table at Johns Hopkins Hospital in Baltimore one day in 1951, undergoing treatment for cervical cancer. A researcher had been collecting cervical cancer cells to see if they would grow continuously in the lab. So the surgeon treating Mrs. Lacks shaved a piece of tissue from her tumor for that project.

Nobody had asked Mrs. Lacks if she wanted to provide cells for the research. She died Oct. 4, 1951, leaving a husband and five children. She was 31.

Bioethicists have said taking cells without a patient’s permission was commonly done in those days.