A way forward for Haiti, by Dr. Ron Daniels 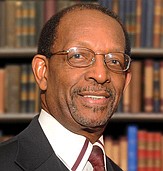 Tragedy and triumph is a recurring theme in the history of Haiti, the world’s first Black Republic.

It was a horrific tragedy that Africans were enslaved via the Europe slave trade and forcibly relocated to Ayiti to be the forced free labor for what would become the richest colony in the Caribbean.

It was one of the greatest triumphs in the history of the world when enslaved Africans rose up to decimate the armed forces of Napoleon Bonaparte to establish an independent nation, the world’s first Black Republic. It was the first time in the history of humankind that an enslaved people rebelled against the slave masters to create an independent nation.

The tragedy is that Haiti has been punished ever since, stigmatized, marginalized, embargoed, invaded and subjected to chronic interference in its affairs by European powers and the United States.

Through all the trials and tribulations, the spirit of the revolution is embedded deep into the soul, consciousness and culture of the Haitian people who yearn for and are willing to fight for democracy and development that is worthy of the dreams of the freedom fighters, the sons and daughters, who founded the first Black Republic.

Ultimately, it is this spirit which will triumph as Haiti struggles to overcome the often-turbulent head winds of external and internal contradictions. People of African descent and people of goodwill globally owe an enormous debt to Haiti. Therefore, our mission in the time of trouble is to wrap our supportive arms around the Haitian people, with all the complexities and contradictions, confident that eventually the spirt of the revolution as manifest in the aspirations of the people will triumph.

The tragic, brutal, mysterious assassination of President Jovenel Moїse on July 7 after months of turmoil and massive, paralyzing protests stunned the nation. Many observers fear that the vacuum created by his demise will plunge the nation deeper into turmoil.

The current crisis occasioned by the assassination of the head of state is exacerbated by the recent death of the chief justice of Haiti’s Supreme Court, whom the Constitution designates to become the interim president under circumstances like the present. Moreover, President Moїse was ruling by decree because elections for the Haitian Parliament had not occurred.

In the void there is a scramble for power between various leaders, parties and factions eager to seize the reins of governance.

Unfortunately, corruption in the political class runs deep in Haitian society. So the fierce jockeying for power among far too many political leaders is to gain access to the public trough as a source of self-aggrandizement. The long-suffering Haitian people, the masses of the people, rightly view this scramble for power with anger, frustration and a sense of betrayal. The defining question is where is the critical mass of leaders, organizations and institutions that will put the interest of the Haitian people and the nation first? And what is the way forward out of yet another crisis of governance?

Plagued by coup after coup and intervention after intervention for decades after the overthrow of the U.S.-backed Duvalier dictatorship, a nascent Haitian democracy repeatedly has faced the challenge of cobbling a way forward under trying circumstances. In my view, Haiti’s young democracy also has suffered from a near-fatal weakness, a Western-style “winner take all” governmental system and political culture where leaders, parties, factions and constituencies engage in fierce competition bordering on mortal combat to gain access to the “spoils” of power.

This is not true of every leader, party or faction, but “winner take all” is a dominant factor in Haiti’s political culture. This immediately creates the problem of envy, antagonism and resistance by the losers who are locked out of access to the spoils of power.

The writer is president of the Institute of the Black World 21st Century and founder of the Haiti Support Project.