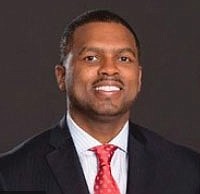 Is there a big hole developing in Richmond’s budget? And could spending be proposed to shrink in the new 2021-22 budget that Mayor Levar M. Stoney will present in March?

New city financial documents suggest that could be true.

Based on limited data from the first three months of the 2020-21 budget year that began July 1, the city is projecting that expenses could exceed revenue by $15 million.

City Budget Director Jay Brown also issued a five-year outlook to City Council suggesting that expenses could exceed revenue by $37.5 million in the 2021-22 fiscal year that will begin in five months and will be the subject of the mayor’s budget presentation.

Whether the deficit materializes remains to be seen. As of December, revenue was already up $2 million, according to a monthly report.

And there is audited evidence that the Stoney administration generally builds a surplus into its budget.

Skeptics also noted that two months after Dr. Brown projected a deficit in the 2019-20 fiscal year that ended June 30, the city was reporting a surplus.

What is clear is that just a few months ago, Mayor Stoney and his administration had about $12.5 million in unspent dollars to use to protect against the economic downturn that the COVID-19 pandemic has generated.

Despite knowing at the time that revenue was shrinking, the mayor and his team never offered any public information about that prospect. Instead, the mayor’s team lobbied and won council support to put that money into virtually untouchable savings, leaving it essentially unavailable to use for current needs.

Those unspent dollars came from the 2019-20 budget and were part of the $19 million surplus that emerged by October as the final financial information was being gathered. That surplus mainly was the result of a sharp cutback in spending between March and June 30 after the coronavirus hit and the city’s stronger than expected economy, officials said. It also was a plus for Mayor Stoney, then running for re-election.

At the same time he and his team were touting the surplus, Mayor Stoney and his financial team were aware — based on collections in the first three months of the 2020-21 budget — that the city’s financial picture had become gloomier.

The revenue projections they had included in the modified budget that City Council approved for the current 2020-21 fiscal year were not holding up in some key areas, according to city financial documents. With concert halls and movie theaters still shuttered, with fewer guests staying at hotels and with restaurants struggling to stay afloat, the city Finance Department had begun seeing reduced income from taxes on tickets, lodging and meals. Collections of state sales tax also had begun to droop.

According to Dr. Brown’s report on first quarter revenue that was issued after Mayor Stoney won re-election, the city was projecting a drop of $14.5 million in admissions, lodging and meal taxes at the end of the budget year. That projected drop, Dr. Brown’s figures indicate, includes a decline in the add-on tax on prepared meals that the city is using to repay borrowing to build three new schools.

If there was concern, it was not publicly aired when City Council met to allocate the $19 million. No requests were made to waive a 2017 council policy that requires 90 percent of any unspent dollars from a previous fiscal year to go into savings that can be used only in the most dire emergencies and must be quickly replaced.

As a result, the council followed the mayor’s recommendations. They earmarked about $6.5 million for health initiatives, for a study of racial equity and to pay down a small portion of the city’s $114 million debt on a program that provides medical insurance for employees who retire before they can qualify for Medicare, called OPEB, or other pension benefits.

Fifth District Councilwoman Stephanie A. Lynch urged colleagues to pull back the $5.8 million that was proposed for OPEB and reassign it to meet urgent housing, medical and food needs for people facing a crisis in the pandemic, but she was a lone voice on that score.

There is no record, though, of any council member objecting to putting nearly $7 million into city savings and about $5.5 million into a capital reserve aimed at ensuring that needed repairs to city buildings could be made.

In the coming weeks, the council is expected to receive insight about the administration’s thinking on dealing with the potential $15 million deficit in the current budget.

Acting Chief Administrative Officer Lincoln Saunders told the council on Jan. 25 that the financial staff is pulling together a paper that would seek to reshuffle budget dollars to deal with that issue.

The potential deficit represents just 1.9 percent of the $784.2 million that the council approved in the current general fund budget, including $37.4 million in federal CARES Act funding.