Spotlight on board chairman of Cannabis Equity Coalition of Virginia 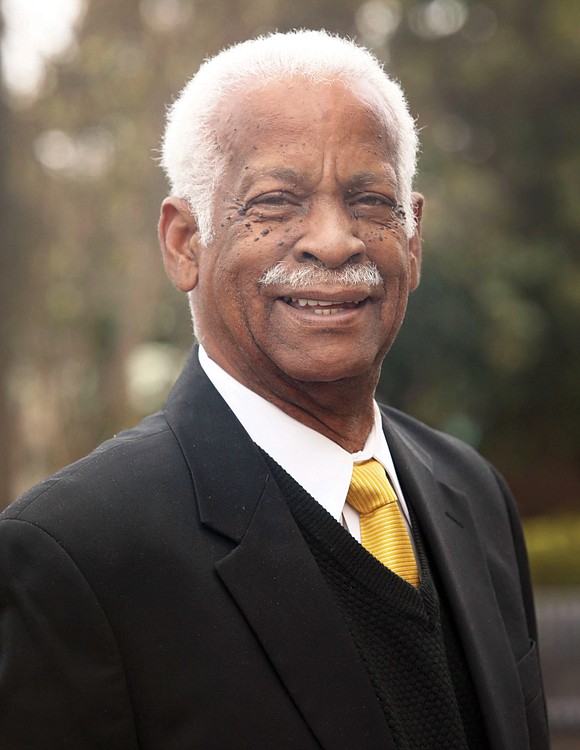 In a time of growing economic instability for marginalized communities, E. Martin “Marty” Jewell sees an opportunity in a new industry for Virginia’s minority population and he is determined to seize it.

The former Richmond City Council member has joined the effort to ensure that Black and brown people and others are fully and more equitably included in new laws to legalize adult use of marijuana.

He is the volunteer board chairman of the Cannabis Equity Coalition of Virginia, or CECVA, that aims to educate the public about the push to legalize marijuana in the state and how legalization may impact families, communities and institutions.

“My lifelong official and unofficial advocacy has always led me to stand up for those who have been hurt and need the most help,” says Mr. Jewell, who cites a welcomed reputation as a “community loudmouth” as part of the reason he joined the group.

Formed in 2019, CECVA largely has focused its efforts on pending legislation in the General Assembly legalizing marijuana. While Gov. Ralph S. Northam and bill patrons have touted the legislation as the next steps toward expanding the lucrative market in Virginia, CECVA and similar groups say the bills, as drafted, run the risk of repeating errors made by other states in legalizing marijuana use.

CECVA members, he says, “recognize this unique opportunity to fund the socioeconomic uplift for our communities that have been devastated by disparate enforcement impacts for so long. This will ensure a barrier-free environment in the pursuit of business opportunities in a brand new industry. This has never happened before in our lifetime.”

This week, Mr. Jewell’s work included discussions with legislators who drafted the bills, as well as lawmakers who could help make changes as the measures pass through the General Assembly.

Mr. Jewell is assisted in this work by a core group of seven CECVA members spread across Central Virginia and a number of partner organizations, including the Richmond Crusade for Voters and Marijuana Justice. They help CECVA in representing “the interests of voters and citizens” in the state who may be interested in the bills’ outcomes, but don’t have the knowledge or experience to be more directly involved in the legislative process, he says.

Mr. Jewell sees his selection as board chairman last month as indication the issue of marijuana legalization needs the kind of insight and passion he brings and to ensure those most affected aren’t left behind.

CECVA members wanted a board leader who could “properly represent the interests of Black and brown citizens all across Virginia,” Mr. Jewell says.

“Given the complexities and many challenges of the marijuana industry, particularly about both the inclusion of and interest of Black and brown folk, there will be a definitive need for solid CECVA leader- ship and community guidance in Virginia for years and years to come.”

No. 1 volunteer position: Board chairman, Cannabis Equity Coalition of Virginia, or CECVA.

Date and place of birth: Sept. 10 in Norfolk.

Cannabis Equity Coalition of Virginia is: A statewide organization formed by grassroots advocates, community leaders, church leaders and others who are gravely concerned about the interests and well-being of Blacks and other impacted persons, particularly in light of pending legislation to legalize marijuana in Virginia.

CECVA’s immediate objectives: With the legislation now looming in the General Assembly, CECVA seeks to make sure new laws:

Allocate 70 percent of marijuana tax revenues to repair the massive damage done to many of our communities resulting from Virginia’s decades-long war on drugs. That could amount to more than $1 billion over the next seven years.

Mandate that Blacks and other impacted persons are positioned in the lead to determine how marijuana tax revenues are invested in creative, yet very prudent, fiscally sound ways that hit the mark in helping to rebuild badly torn segments of Virginia’s hardest-hit communities.

Include solid details that require adult use marijuana licensees to include in their operations structures for full inclusion of junior partners — firms that are 100 percent owned by Black and brown Virginians — who gain full experiences in every aspect of the legal marijuana business to the extent such firms are able to eventually create their own.

When elected CECVA board chair: In early 2021, right before the General Assembly began on Jan. 13. In selecting me as board chair, CECVA leaders indicated the need for a Central Virginia-based advocate with the ability to properly represent the interest of Black and brown citizens all across Virginia.

Length of term: Through the end of 2021. The election of a new chair will be on or before Nov. 1, as CECVA prepares for the 2022 General Assembly.

How I got involved: Frankly, I think as a result of being well known as a “community loud-mouth” with a lifelong reputation of speaking up for the least among us and the downtrodden.

Cannabis and Virginia: While Black leaders and many others across Virginia respect Gov. Northam’s, Sen. Adam Ebbin’s, and Delegate Charniele Herring’s efforts in putting forth this legislation, there is significant concern about the process which has been devoid of any genuine public input. Without direct input from citizens and voters whose lives, families, neighborhoods and communities have been devastated by Virginia’s war on drugs for 60-plus years, the prospect for success that benefits all — except a select and privileged few — appears to be dim to non-existent.

CECVA’s fear is if Gov. Northam and legislators do not change the current bills significantly to make things right, Virginia will befall the plight of many other states and legalization of marijuana will be an albatross tainted with a forever stench that impacts everyone, especially politicians.

How I start the day: Watching the “Morning Joe” show on MSNBC with coffee and my calendar does the rest.

Three words that best describe me: Honest, frank and kind.

How I unwind: I am so busy, I rarely do.

Something I love to do that most people would never imagine: I am an avid golfer and was a member of the Virginia Union University Golf Team.

Quote that most inspires me: “You can’t cook in cold grease!” — Often stated by former Richmond City Councilman Sa’ad El-Amin

At the top of my “to-do” list: Push to get as many of CECVA’s legislative interests advanced. Also, continuing to reach out to many pastors, church members and other faith leaders to help educate them about the legalization of marijuana in Virginia.

Person who influenced me the most: My mother, Thelma T. Jewell-Freeman.

Book that influenced me the most: “Elevated By My En- emies Through the Power of God” by Debra K. Jewell.

What I’m reading now: I am again reading “The New Jim Crow: Mass Incarceration in the Age of Colorblindness” by Michelle Alexander.

Next goal: To launch a community wealth-building project this summer.