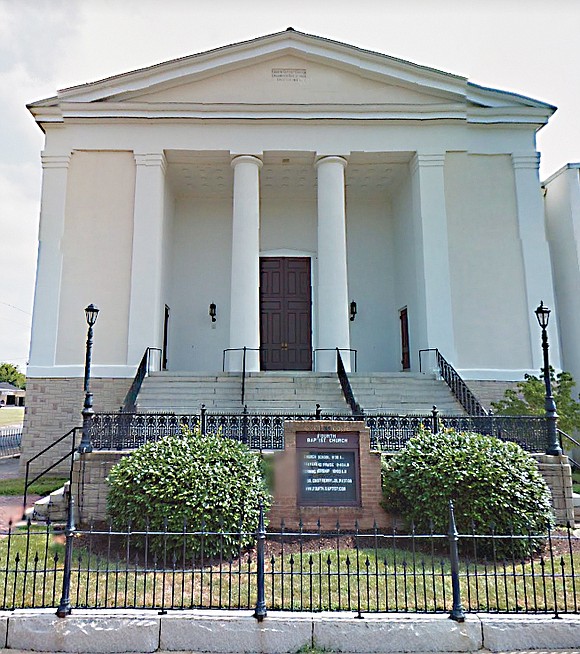 Started in 1859 before the Civil War, Fourth Baptist Church is now a venerable beacon of Christian faith in Church Hill and the fountainhead from which nine other area churches have sprung.

But a major dispute between the current pastor and a large portion of the membership over the church’s organizational structure is threatening to tear apart the 300-member congregation as Fourth Baptist prepares to mark its 162nd anniversary.

Called to the pulpit in June 2018 after leading the far smaller Emmanuel Community Church in Midlothian, Dr. William Eric Jackson Sr. has triggered tumult during the year of the pandemic that resulted in the closure of the sanctuary at 2800 P St. and allowed only virtual services and meetings.

In June, he succeeded in ousting the trustees and the Finance Committee in a dispute over continuing to pay five part-time employees despite the church’s closure and the shrinkage of contributions from the membership, a majority of whom are 65 and older.

In mid-October, he raised more hackles when he successfully pushed for authorization for the church to incorporate, though only 65 members voted and only 39 endorsed the idea in a count that remains controversial.

For Shelia S. Fitzgerald, a retired financial analyst who has belonged to Fourth Baptist for 55 years, this represents the

pastor’s effort to take control and rule the church without any restraints, which she feels violates the spirit of congregational control that is part of the Baptist tradition.

“He’s doing what he wants,” said Ms. Fitzgerald, a past board president of the Big Brothers Big Sisters mentoring group.

That’s why she is part of a large faction of the church seeking to reverse or at least slow down what they see as unwanted and unnecessary change that ultimately would leave the congregation with little voice in church affairs.

Since the vote on incorporating was taken in mid-October, at least 100 current members have signed a petition calling for a special church meeting to immediately halt work on the change to the church’s organizational structure and to allow a vote to rescind that approval and reverse the dismissal of the trustees and Finance Committee members.

So far, the Deacon Board, has not responded to the request. According to Fourth Baptist’s constitution, a petition signed by 50 members is all that is needed to request that the deacons, who are designated as representatives of the congregation, call such a meeting.

The petition states that notice of the virtual meetings did not go to every active member on the rolls and that the reported Oct. 19 vote was “highly irregular with incorrect tallies.”

Dr. Jackson has not responded to a Free Press request for comment.

Wilma C. Edmonds, a 61-year member who chairs the church’s Social Work Committee, said she knows the pastor’s report of the 39-26 vote count on incorporation is inaccurate. She said she, like others, had her hand raised to ask a question and ended up wrongly being counted as a “yes” vote.

She and Ms. Fitzgerald said during the congregation’s quarterly meetings, the pastor, who serves as the moderator, only calls on a favored few and shuts off debate and questions prematurely. Ahead of the meeting on incorporation, Ms. Fitzgerald said the pastor did not advise members the issue would be put to a vote. “What is happening is not right,” Ms. Fitzgerald said. “Maybe incorporation would be a good thing. But what is the rush to get it done? Why aren’t we being given time to understand what it means?” Her concern was first aroused with the pastor’s move in June to fire the trustees.

The former chair of the Finance Committee, Linda P. Hawkins, a retired Internal Revenue Service agent and a 40-year-member of the church, said that her committee and the trustees decided that paying the part-time workers, such as the church secretary and music minister, was not possible given the church’s financial situation after the church closed its doors and started virtual services last March to reduce the risk of spreading COVID-19.

She said the church was struggling to meet its revenue needs and the situation became more precarious as offerings fell. The pastor, though, insisted that the paychecks keep going out, she said, and declined to meet with them before seeking their dismissal.

Ms. Hawkins said Dr. Jackson took the paycheck issue to the June church meeting and wrapped the removal of the trustees and Finance Committee into the motion to pay the part-time workers. He would not allow the items to be voted on separately and limited the discussion, she said.

As a result, the church has lost the members who maintained the financial controls, Ms. Hawkins said. At the same time, the financial situation has not improved, she added.

At a recent meeting where a new 2021 church budget was approved, the presentation did not include a comparison of projected revenue and expenditures with the information available about the 2019 and 2020 fiscal years, Ms. Hawkins said.

“We’ve had issues before as a congregation, but this situation is the worst,” Ms. Fitzgerald said. “If the incorporation goes through without further consideration by the congregation, I would leave. And I believe others would, too. Dr. Jackson is going to be left only with people willing to do what he says to do. Anybody who doesn’t agree with him will be gone.”