Trump must be convicted and barred from holding future office, by Rep. A. Donald McEachin 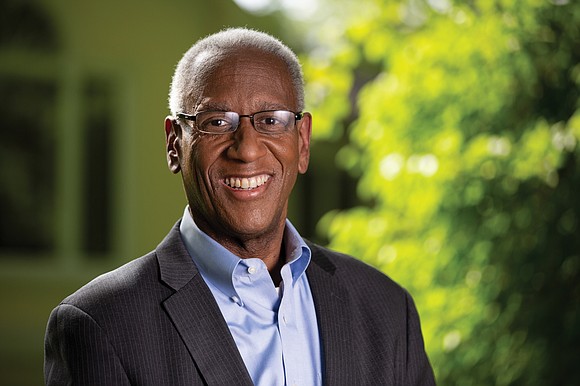 On Jan. 6, the president of the United States incited a violent insurrection at the U.S. Capitol, fueled by a mob that he urged via social media to come to Washington to “fight like hell” to “stop the steal” and prevent Congress from fulfilling our constitutional duty to certify the election of President Joe Biden and Vice President Kamala Harris.

Mr. Trump’s behavior during the siege of the Capitol and his behavior since the legal, legitimate and fair election of Nov. 3, has clearly demonstrated what we have known for four years — that he either cannot or will not lead this country or govern this great nation. This was only the latest in the ongoing saga of Mr. Trump’s belief that he is above the law and beyond accountability.

From the earliest of his violent claims on the campaign trail that he “could stand in the middle of Fifth Avenue and shoot somebody and wouldn’t lose any voters” to his encouragement of a mob that called for the hanging of Vice President Mike Pence and hunted members of Congress, politics under the Trump era has been defined by impunity, and that same impunity is a large part of what has brought us to this tipping point for our republic.

We have allowed Mr. Trump’s brazen disregard for the will of the American people and our sacred institutions to poison every level of our republic. In Pennsylvania, just a day before the attack on the Capitol, GOP state senators refused similarly to seat re-elected Democratic Sen. Jim Brewster due to unfounded claims of voter fraud. And even in the hours that immediately followed the Capitol attack, my fellow GOP House colleagues, in a wanton obstruction of a peaceful transfer of power, persisted in challenging the certification of a free and fair election.

As the nation starts its next chapter under the leadership of the Biden-Harris administration and Democratic control of both the House and Senate, many have called for our federal government to look the other way and, for the sake of unity, forego efforts to hold Mr. Trump accountable.

Still, as U.S. history has taught us in the era of Reconstruction giving way to the insidious policies of Jim Crow, there can be no unity without accountability. Mr. Trump has set a dangerous precedent acting without retribution as a clear and ongoing threat to our national security, the legislative branch of our federal government and our democracy itself. He must be held accountable for the chaos he has incited nationally.

For the sake of our republic, Mr. Trump must be convicted by the Senate and barred from holding future public office as soon as possible. If the Senate dictates the incitement of a deadly insurrection to be unworthy of impeachment for any reason, including that Mr. Trump no longer is in office or in the pursuit of an unjust unity with extremists who have proven themselves willing and able to engage in domestic terrorism, we will have sent a message to bad actors across the country and adversaries abroad that efforts to overthrow the U.S. government are tolerated, and that like their former president, those who participated in the seditious actions of Jan. 6 are above the law.

The writer represents the 4th Congressional District, which runs from Richmond south to the North Carolina border and includes all or parts of Richmond, Petersburg, Hopewell, Colonial Heights, Emporia, Suffolk and Chesapeake and the counties of Henrico, Chesterfield, Charles City, Prince George, Dinwiddie, Greensville, Southampton, Surry and Sussex.