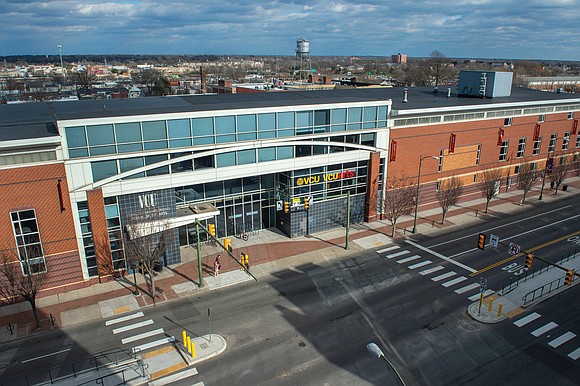 The Fine Arts Building at the VCU School of the Arts. Photo by Kevin Morley, University Relations

The Virginia Commonwealth University School of the Arts has dedicated its fine arts building to its late dean, Dr. Murry N. DePillars.

The 114,000-square-foot building at 1000 W. Broad St. houses the Craft/Ma- terial Studies, Painting and Printmaking, Kinetic Imaging and Sculpture departments and includes a foundry and specialized studios for metalworking, woodworking, printmaking, ceramics, glass, textiles and jewelry as well as student studios and a multi-use gallery. 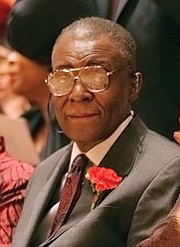 Dr. DePillars was instrumental in the growth of the School of the Arts and raising its stature and recognition nationally in the art world. During his tenure as dean from 1976 until 1995, enrollment nearly doubled, reaching 2,400 students, and funding increased, including the school’s endowment.

“He brought diverse communities together to learn, to create and to engage in needed conversations,” VCU President Michael Rao said of Dr. DePillars. “VCUarts grew and achieved well-earned worldwide recognition during his time as a leader. I’m delighted that the fine arts building will bear his name.”

Dr. DePillars’ widow, Mary DePillars, called the renaming absolutely wonderful and said he earned that remembrance. She said he was a serious, no- nonsense person who was a strong advocate for students at every level.

“One thing was very clear during the public comment period when the commemoration was first announced,” Mrs. DePillars told the Free Press. “It was not just the art students influenced by his presence, leadership and mentoring. Students throughout the university, regardless of their discipline, knew him or heard of him and believed their academic life was affected by him.”

Dr. DePillars also was a blues and jazz aficionado and member of the Richmond Jazz Society’s advisory board.

The honor at VCU “is long overdue,” said B.J. Brown, executive director of the Richmond Jazz Society. She said Dr. DePillars put VCU’s art school on the map while he also expanded Richmonders’ knowledge and understanding of jazz by bringing nationally known artists to the city.

“In his fall and spring VCU Jazz series in the early 1980s, Dr. DePillars, the series originator, would bring awesome musicians to town – Dizzy Gillespie and Carmen McRae, Art Blakey and the Jazz Messengers and Ramsey Lewis, saxophonist Sonny Rollins and Jackie McLean,” Ms. Brown said. “A lot of people in Rich- mond had never heard of these jazz musicians or just didn’t understand jazz.”

The Richmond Jazz Society’s partner- ship with Dr. DePillars helped with audience development and outreach as they helped educate Richmonders to understand the importance of America’s original music and various jazz artists.

He extended that desire for university students to understand jazz and the history of the music by supporting Doug Rich- ards in establishing VCU’s jazz studies program. Dr. DePillars later brought jazz pianist Ellis Marsalis Jr. as well as jazz violinist Joseph Kennedy Jr., to teach in the department.

“Music was in my husband’s DNA,” Mrs. DePillars said.

Dr. DePillars, who grew up in Chicago, was a professional painter and art historian whose artwork and research were exhibited and published throughout the country. His work has been shown at the Whitney Mu- seum of American Art, the Studio Museum in Harlem, the Mississippi Museum of Art, the Orlando Museum of Art, the Museum of Contemporary Art in Chicago; the World Expo in Spokane and the Fay Gold Gallery in Atlanta as well as the Joysmith Gallery and Studio in Memphis.

He also was deeply influenced by the countercultural atmosphere of the 1960s, becoming a lifelong lover of jazz and a member of the Chicago-based AfriCOBRA, or African Commune of Bad Relevant Artists, an African American artists’ collective formed in Chicago in 1968.