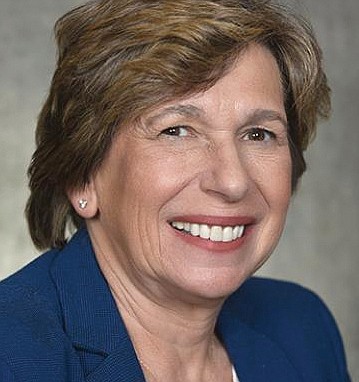 One of the nation’s largest teachers unions on Tuesday vowed to defend members who are punished for teaching an “honest history” of the United States, a measure that’s intended to counter the wave of states seeking to limit classroom discussion on race and discrimination.

In a virtual address to members of the American Federation of Teachers, president Randi Weingarten said the union is preparing litigation and has a legal defense fund “ready to go.” She promised to fight “culture warriors” who attempt to limit lessons on racism and discrimination by labeling it as critical race theory.

At least six states have passed new laws limiting how race can be taught in the classroom, and similar proposals are being considered in more than a dozen others. Many of the bills are intended to bar the teaching of critical race theory — an academic framework that examines history through the lens of racism. It centers on the idea that racism is systemic in the nation’s institutions and that they function to maintain the dominance of white people in society.

Last month, Texas Gov. Greg Abbott signed a law forbidding schools from teaching that people “should feel discomfort, guilt, anguish or any other form of psychological distress” because of their race or sex. It adds that slavery and racism can only be taught as a deviation from the nation’s “authentic founding principles” of liberty and equality.

In an interview, Ms. Weingarten said the union is adding $2.5 million to an existing legal defense fund in anticipation of local fights over the teaching of race. The funding will be used to defend teachers who are disciplined for teaching about slavery and racism. The union also is considering filing lawsuits to get clarification about new state laws limit how racism can be discussed in schools, she said.

“We’re looking at these laws to see if courts will give some clarification in advance,” Ms. Weingarten said. “It just looks like it’s an attempt to erase so much of the history of the United States.”

Once an obscure academic idea, critical race theory has become a political rallying cry for Republicans who argue that it sows division and makes children feel guilty for being white. But Ms. Weingarten said the concept has mostly been taught at the college level and is not taught at the nation’s elementary, middle and high schools.

“Teaching America’s history requires considering all the facts available to us — including those that are uncomfortable — like the history of enslavement and discrimination toward people of color and people perceived as different,” she said. “Years ago, the country unified against Holocaust deniers. We must unite again to address racism and its long-term effects.”

The nation’s other major teachers union, the National Education Association, recently issued its own call for an honest teaching of the nation’s racial histories. At the union’s national meeting last week, president Becky Pringle urged teachers to prepare students for a society that “has wrestled with the sins of its past” and learned from them.

“If this grand experiment in democracy is to succeed, if the inhabitants of our nation are to prosper, we must continuously do the work to challenge ourselves and others to dismantle the racist interconnected systems, and the economic injustices that have perpetuated systemic inequities,” Ms. Pringle said.

Ms.Weingarten’s pledge was included in a broader call for improved civics education. She called for better lessons on how to identify disinformation and on current events, such as the Jan. 6 insurrection at the U.S. Capitol. To help, the union is recruiting 20 teachers in three school districts to produce new classroom materials and share them with other teachers across the country.

Much of Ms. Weingarten’s speech focused on the coming school year and beyond, as the nation starts to recover from the pandemic. But she also raised concerns about the rapidly spreading delta variant of the coronavirus and what it means for reopening schools. Ms. Weingarten said schools “can reopen this fall” for full in-person learning, but she cautioned that “there are still risks.”

The union is seeking updated school guidance from the Centers for Disease Control & Prevention, asking whether students under 12 should wear masks and whether 3 feet of physical distance — the length recommended by the CDC in March — is still enough.

Ms. Weingarten warned that next school year will be the hardest in most teachers’ professional lives. Students will have “enormous” needs, she said, and many schools will be short-staffed. It will be made harder by critics “who have disparaged educators, scapegoated our unions and blamed us for things outside our control” during the pandemic, she said.