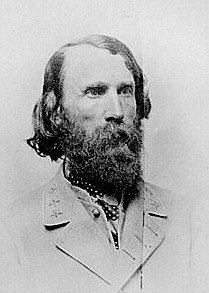 The City of Richmond apparently never has owned one of the Confederate monuments it is trying to get rid of, and that could add a new complication to its removal.

That’s the statue of Confederate Gen. A.P. Hill that has stood since 1892 at what is now the intersection of Laburnum Avenue and Hermitage Road.

Seeking to match Monument Avenue with its statue of Confederate Gen. Robert E. Lee, cigarette magnate Lewis Ginter arranged with the Hill family for Gen. Hill’s body to be moved from Hollywood Cemetery and reinterred at the current site, and then commissioned the statue as an oversized grave marker.

While streets have been built around the monument, it is not clear whether the city has the authority to remove the statue and Gen. Hill’s remains because there is no record the city owns the small parcel of land on which the statue stands.

Apparently, the city never required Mr. Ginter to give the property or the statue to the city.

The City Attorney’s Office conducted an extensive search of property records after receiving a query from city resident Michael Sarahan and, according to Mr. Sarahan, “found no record of a deed or other document conveying property rights to the city.”

Mr. Sarahan said that that James Nolan, press secretary to Mayor Levar M. Stoney, confirmed that the city has found nothing in the way of a record of a legal transfer.

Mr. Sarahan, a former assistant city attorney, said that finding indicates the statue is not an improper encroachment.

For the city, the fact it has no evident ownership could mean it would need to undertake condemnation proceedings to acquire the property, force the sale for delinquent property taxes and buy it at auction or find the heirs of the last known owner and have them agree to relinquish their rights.

The ownership issue surfaced after the city’s Urban Design Commission and the Planning Commission approved a plan to remove the Hill monument and create an intersection that is easier for traffic to navigate and to reduce vehicle collisions.

The city’s Traffic Engineering Office rates the intersection as one of the more dangerous in the city due to the statue’s presence. In 2019, 43 crashes were reported at the location.

The Stoney administration has indicated that there is a deal with the family, which has agreed to relocate the statue, pedestal and grave. Whether the family will voluntarily proceed with removal now that the city does not own the property is unknown.