The dope on marijuana 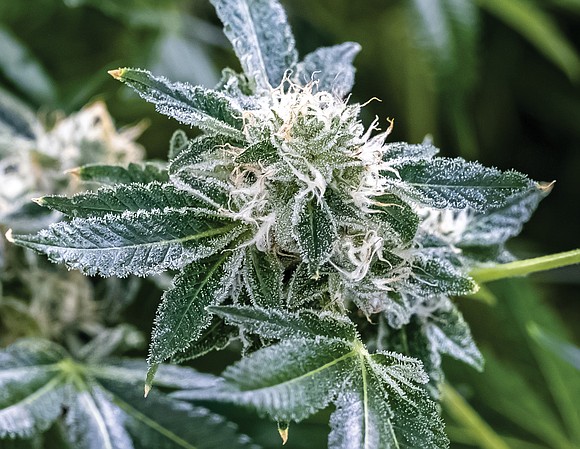 Smoking a joint will be legal in Virginia beginning next Thursday, July 1.

That’s as long as you are 21 or older and smoke the marijuana in your home or another private place.

The new law also will allow adults to grow up to four marijuana plants in their homes, although advocates note there will be no legal way to purchase the seeds needed to produce the plants.

And for that matter, there will be no legal way to purchase marijuana — other than having a doctor’s prescription and being registered to buy it from one of the five licensed dispensaries in the state.

Legitimate retail outlets serving the public are at least two-and-a-half years away from opening, and it still will be illegal to transport marijuana into the state to sell after Thursday.

“You can possess it, but there will be no legal way to buy the product, seeds or cuttings,” said state Sen. Ryan T. McDougle, a Hanover Republican who supports personal use but opposed the new law because of that paradox.

Like Sen. McDougle, many people are coming to realize that Virginia is ushering in a sea change in its marijuana laws that will go only so far.

“We still have plenty of work to do to get this right,” said Henrico Delegate Lamont Bagby, chairman of the Virginia Legislative Black Caucus, which strongly supported legalization of small amounts of marijuana.

With VLBC support, Virginia already has become the first Southern state to decriminalize marijuana. Now the Commonwealth will make history as the first state in the South to legalize individual possession of the drug up to an ounce in public and to maintain a civil fine for those possessing up to a pound.

Virginia will join 17 other states that have made marijuana legal for personal use, even though the federal government still lists it as a Schedule 1 drug alongside heroin and cocaine.

Along with allowing marijuana for personal use, the new law will require convictions for possession and other offenses involving marijuana to be sealed, with the door opened to expungement of such criminal records.

Still, Alexandria state Sen. Adam Ebbin, one of the lead sponsors of legalization, said people need to understand Virginia has only made so many changes. For example, smoking or possessing pot on school property still will be illegal. So will smoking pot on sidewalks or other public places.

“People still need to be careful — Virginia is not an official open marijuana market,” he said.

Under the new law, people can legally share marijuana, but cannot sell it or the seeds.

“The primary objective of legalization is to reduce criminalization,” said Mx. Pedini, who uses the pronoun "they."

They said that most states that legalized marijuana started out by allowing individual use and then building the legal marketplace, but Mx. Pedini is advocating for speeding up legal sales.

That may not happen before Jan. 1, 2024, the envisioned date for starting state-sanctioned

growing and wholesale and retail operations. As Sen. Ebbin and Alexandria Delegate Charniele Herring, another leader in pushing legalization, have noted, much of the legal structure and apparatus for growing, marketing and distributing remains incomplete and is subject to a second vote of approval in the 2022 General Assembly session.

Virginia is still trying to set up the new cannabis control agency that will be in charge of licensing and regulation of growing, manufacturing and distribution.

As a result, the goal of having entrepreneurs from the Black and Brown communities that were most damaged by drug enforcement laws become owners and operators of marijuana-related businesses remains just a hope.

So does the goal of having taxes generated from legal marijuana sales rolled into a fund to be invested in those communities to help compensate for the damage from arrests.

For now, there are no taxes to collect.

And to the dismay of groups like RISE for Youth, juveniles still will be treated as delinquents if caught with marijuana. They face $25 civil fines, assignment to drug treatment programs and potential loss of driving privileges if caught with the drug. And adults who provide marijuana to juveniles could face criminal charges.

NORML was among the first to note that the law the General Assembly passed this year allows people to possess marijuana seeds but does not allow any legal way to purchase them.

Mx. Pedini notes that plenty of internet websites offer marijuana seeds for sale. They said Virginians cannot legally purchase them despite claims that they bypass state laws by selling the seeds as adult novelty items.

Fixing that problem, though, “will be a top priority in the next session,” they said.

To help people understand the do’s and don’ts of the new law, Virginia NORML offers responses to frequently asked questions on its website, www.vanorml.org.

The state also offers online advice and guidance for those with questions at cannabis.virginia.gov.

What the new law will do is end the war on Black Virginians, whom the watchdog Joint Legislative Audit and Review Commission found were nearly four times more likely to be arrested and convicted of marijuana offenses than white offenders, despite largely equal marijuana use among both groups.

Even after decriminalization, Black people were more likely to be hit with court summons and fines than their white counterparts.

Legalization means an “end to disparate enforcement, which is going to make a huge change in the lives of thousands of Virginians,” said Alena Yarmosky, Gov. Ralph S. Northam’s spokeswoman.

Even though it is illegal, marijuana is widely available.

According to New Frontier Data’s U.S. Cannabis Report, Virginia had the fourth-largest illicit market last year, encompassing about $1.8 billion, or 3 percent of an estimated $60 billion in total illicit sales nationwide.

Mx. Pedini is an advocate for opening the marijuana dispensaries as retail sales operations for adults. But advocates for Black inclusion, such as the Cannabis Equity Coalition of Virginia, see that as virtually ensuring that the five state licensed dispensaries will gain a huge advantage, making it harder for new retailers to be successful.

The dispensaries are vertically integrated— that is they grow, manufacture and distribute marijuana. And giving them approval for retail sales would make a mockery of the equity agenda that is supposed to be part of legalization, according to the coalition.