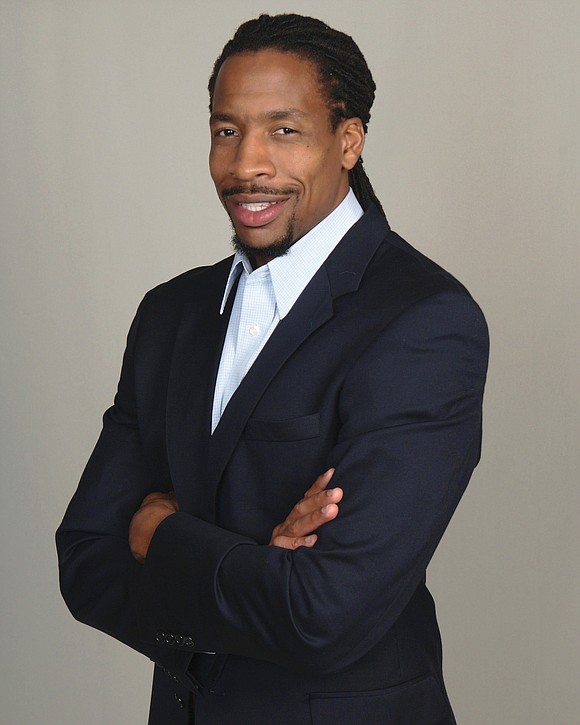 Growing up, I remember my father telling me about when he was a little boy living in Jackson Ward. He spoke about sitting on my grandmother’s lap on the porch of their home at 1164 St. Paul St. as they watched the bulldozers come through to build the Richmond-Petersburg Turnpike.

He still remembers the destruction of homes and businesses in what was then a sprawling Jackson Ward, killing a generation of wealth from what we know was the Black Wall Street of the South.

I can only imagine what that did to my Pops — an entire community lost because we had no voice, no representation, no equity in making the decision in our own community. Another solution, another answer was there but not heard. This decision changed lives for the worse for generations to come.

I am one of the lives who were more fortunate. Even though my family roots are in that house in Gilpin Court, my father and mother worked hard to get us in a better position. I went from attending Carver Elementary in Richmond to eventually playing football for Henrico High School. It led me to a scholarship at the University of Virginia and all the way to the Super Bowl with the Philadelphia Eagles.

Following a career in the NFL, I came back to Richmond to have a positive impact on my hometown. My daily mission is to empower people and the community. That is why I chose to partner with The Cordish Companies and invest in the Live! Casino & Hotel Richmond project proposed to be built on Arthur Ashe Boulevard in Scott’s Addition.

The Cordish team shares my passion for the community and people empowerment. They have a proven track record of delivering on their promises in all the cities across the country where they do business.

Being active in the community takes leadership and a desire and commitment to make a difference, but it also takes resources. The Live! team has committed to a community fund for Richmond, with $200 million in the first 15 years alone to support a variety of causes that we need right now. This is significant funding that can have a meaningful impact on a number of areas, for example in education and affordable housing. The team already has reached out to Carver Elementary School to see how they can help.

I’m all about individual and community empowerment and I know the community has its own answers. The Cordish team shares my philosophy and they are committed to supporting that in every way.

I got involved with the Live! Casino & Hotel Richmond project to benefit this and the next generation of Richmonders who are looking for a voice and resources to support their own communities and for a better life—not just a job, but a career that leads them on the path to financial security and stability.

Richmond has a big decision to make. I have confidence in our city, and that is why I remain excited for what the future holds.

The writer played five years in the NFL, winning the 2005 NFC Championship with the Philadelphia Eagles and earning a trip to Super Bowl XXXIX. Through his Billy Mac Foundation, he provides coaching and mentoring to youths and adults with his message Made Free 2 Be.