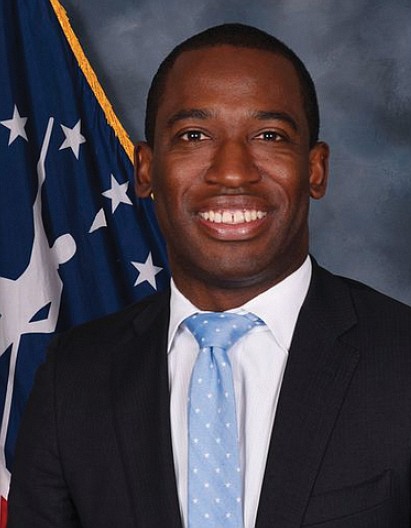 Mayor Levar M. Stoney on Monday called for using the $155 million inAmerican Rescue Plan funds pouring into City Hall coffers to increase the inventory of homes and apartments that are more affordable for lower-income residents; beef up recreation facilities and improve access to the James River; invest in child care programs and in health programs; improve public safety; and provide $3,000 bonuses for first responders.

Those are elements of the blueprint he laid out for using the direct aid the city is to receive from the $1.9 trillion package of relief aid that President Biden got through Congress soon after taking office earlier this year. The first $77 million has come, with the second half due next May. City Council will have the final say on how the funding is used.

The mayor’s plan would spend the biggest chunk—$78 million—on improvements to recreation. That includes the city taking over the Calhoun Center in Gilpin Court public housing community and investing $8 million to renovate it, including reopening the long- closed pool. The Calhoun Center currently is owned by the Richmond Redevelopment and Housing Authority.

The mayor’s plan also calls for investing $20 million to create an indoor center for Lucks Field in Church Hill, which currently has only outdoor facilities, and spending $36 million to improve and expand two recreation centers in South Side, the T.B. Smith Center off Ruffin Road and Southside Community Center off Warwick Road.

He also wants to spend $12 million to carry out elements of the James River Master Plan, including improvements to Texas Beach near Maymont, to improve access to the river. The plan also would spend $500,000 on an overall master plan for parks and invest $1.5 million to acquire new parks to meet the goal of providing green space within a 10-minute walk of every city residence.

Mayor Stoney also wants to invest $8.5 million in public safety, including $2 million to improve lighting and install cameras on residential streets and in business areas. Another $1.5 million would go to gun violence prevention. The final $5 million would pay for $3,000 individual bonuses to police officers, firefighters, emergency dispatchers and the paramedics and emergency medical technicians of the Richmond Ambulance Authority who have, he said, “been on the front lines of this pandemic from the beginning and have sacrificed to serve our city during these difficult times.”

He pledged to bring an ordinance to council that would provide an additional $5 million to $6 million in city funds to pay for similar bonuses for trash collectors, street pavers, social workers, finance staff and other city employees who remained on the job and ensured that residents received “the services they need and deserve” and that city operations were maintained during the pandemic.

Mayor Stoney also proposed spending more than $54 million on affordable hous- ing and flood control. He said the funding would allow the city to immediately reach its goal of providing $10 million a year to the Affordable Housing Trust Fund that assists developers with financing of afford- able housing, instead of waiting another three years.

His plan also would pump about $12 million collectively into the long-planned remake of the 68-year-old Creighton Court public housing community in the East End into a mixed-income community and enable the nonprofit Better Housing Coalition to begin development of a single-family subdivision on the former site of the state National Guard headquarters on Dove Street in North Side.

During City Council’s regular meeting, the council approved the Creighton Court plan that would replace the 504 units of existing apartments with up to 700 new apartments and homes.

Mayor Stoney’s plan also would provide $4.2 million in new funds to pay for insulating older homes and repairing broken windows and other defects that impair the use of such housing and provide another $4 million to enable owners of older homes to replace health-threatening lead service pipes that still bring water into their homes. He also wants to spend $13.5 million on stormwater drainage controls, most notably in South Side, to reduce the impact of heavy rains on properties.

He is proposing to invest $1 million into the city’s Community Wealth Building program so more people could be assisted in finding work and spend $500,000 to hire more community ambassadors to bring information and connections to city programs to more neighborhoods.

His proposal also would provide $5 million to the Richmond City Health District to increase substance abuse, mental health and other services, mostly likely in concert with the Richmond Behavioral Health Authority. The money would be on top of a separate $4 million grant the health district recently received to improve services in Black and Latino neighborhoods, the mayor said. Additional funding to support child care services also is included in his plan.

He also plans to invest $1.5 million to pay for an assessment of the risks the city faces from climate change, which City Council later Monday declared an emergency situation in passing a resolution sponsored by 2nd District Councilwoman Katherine Jordan.

His proposal also calls for spending $2 million to improve facades and beautify retail and commercial districts to make them more welcoming and invest $1 million to aid businesses in seeking support from the state’s $250 million fund to aid smaller firms and nonprofits.

According to 4th District Councilwoman Kristen N. Larson, the council has compiled its own list of at least 100 items that it wants to spend the money on.

City Council President Cynthia I. Newbille said she plans to hold a special work session to allow council members to reconcile the mayor’s plan and their own proposals.