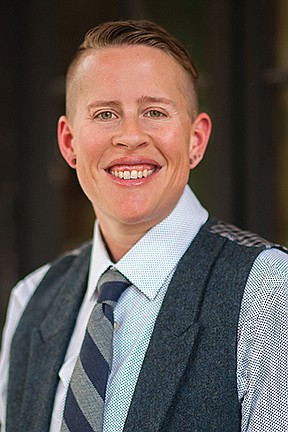 A recommendation for creating a powerful new city office to police the police has been sent to Richmond City Council for review.

The proposal — the work of a nine-member commission that council established a year ago — calls for stripping Police Chief Gerald M. Smith of most authority over discipline of officers and reducing his control over the police budget.

The proposed civilian review commission would accept and investigate all complaints filed against police officers for misconduct, ranging from rudeness to corruption. It would have the ability “to make binding disciplinary decisions” and would be the first such office in the state vested with subpoena power to compel the release of documents and to call witnesses. It also would be the first vested with disciplinary authority that is described as “key to providing an oversight agency that is truly independent of police.”

Long sought by some activists, the proposal is an outgrowth of the demonstrations against police brutality and for racial justice that erupted late last spring following the police killing of George Floyd in Minneapolis in May 2020. The proposal is backed by a new state law allowing Virginia localities to endow such police review operations with substantial powers. The recommendation panel was led by Virginia Commonwealth University sociologist Eli Coston and career coach and consultant Angela Fontaine.

The proposal arrives, however, at a time when the city’s police force has shrunk because of officers retiring or quitting, leaving Chief Smith hard-pressed to field enough officers during a spike in violent crime.

Currently, the department has 120 vacancies in its authorized sworn force of 711 officers, not including recruits in training.

In recent months, City Council has been more focused on securing a study to determine how much police pay would need to be boosted to retain officers as other nearby departments offer substantially higher wages and less stressful job conditions.

The plan, delivered in August, was formally introduced to the council on Monday ahead of the regular meeting. It is to get its first review at the council’s Public Safety Committee meeting later this month and at a committee of the entire council in early October.

As presented, the oversight plan calls for creation of an independent office to largely replace the department’s current arm for officer investigations known as Internal Affairs. The proposal calls for the office to be managed by an 11-member board comprised of people who have never been employed in police work.

The recommendation has it called the Richmond Office of Community Oversight and Police Accountability, with a staff of nine full-time and one part-time employee, including an executive director and a staff of six complaint investigators.

The office also would be assigned an outside attorney and would hire mediators as needed to resolve cases without a formal hearing.

The panel also recommended it be located at a distance from the Grace Street police headquarters.

While Charlottesville, Fairfax and Virginia Beach currently have police oversight bodies, all are authorized only to make recommendations for discipline to their police chiefs, the task force’s report noted.

The complaints the commission would hear could be filed by civilians or come from inside the department, according to the recommendation.

The office’s board, with the support of its staff, also would be empowered to make budget recommendations for the department alongside proposals the chief provides to City Hall, an authority that also would be unique in Virginia.

Under the plan, the office also would have an auditor assigned to provide an analysis of complaints, systematic report- ing and observations about the city police department and its practices. The goal would be to identify potential patterns or concerns with policing and also provide more transparency concerning how policing functions in the city through the issuance of regular reports.

The proposal indicates that such systematic reports should “increase public confidence in the oversight agency as much of the work related to complaint investigations may be confidential and protected from public disclosure.”

In making the recommendations, the task force held public meetings and conducted surveys online and in-person, generating 956 responses, including 556 from city residents. Those numbers, however, did not meet the standards for a credible poll, according to the task force report.

Most of the respondents were Caucasian, the task force noted. About 55 percent of respondents favored a powerful oversight body.

During the past year, members of the task force met with a variety of public officials, including six City Council members, Mayor Levar M. Stoney, Commonwealth’s Attorney Colette W. McEachin and members of the police department, including those involved with Internal Affairs.