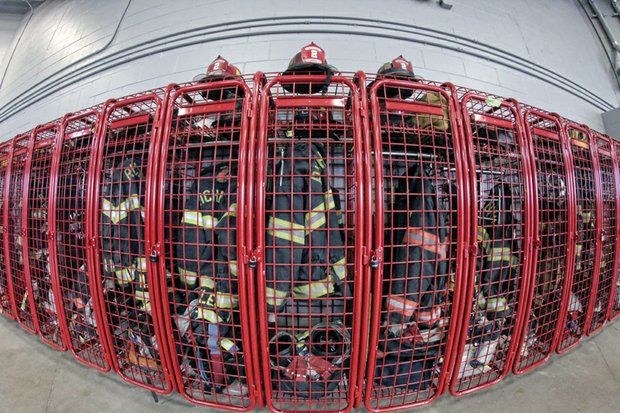 These new equipment lockers are among $1.75 million in improvements to Richmond Fire Station 10 at Hermitage Road and West Leigh Street. The view was enhanced with a fish eye lens. The photo was taken at Tuesday’s grand reopening of the station near the Richmond Ambulance Authority. Improvements also include redone living quarters that now can accommodate male and female personnel. Richmond Mayor Dwight C. Jones joined city Fire Chief Robert Creecy to officially put the revamped station back into service.