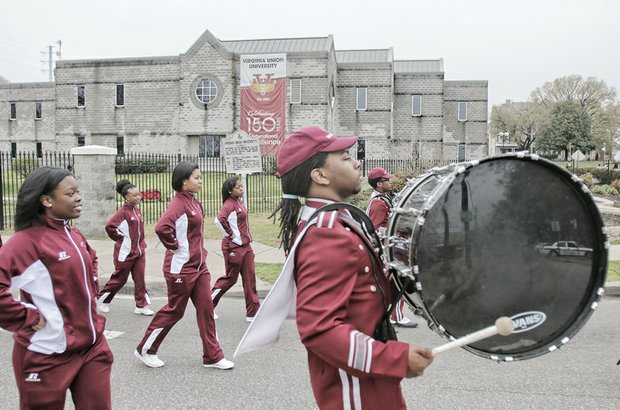 marching band members entertain the audience. The commemoration began at the site of the former slave-holding pen known as Lumpkin’s Jail in Shockoe Bottom, where VUU traces its origins. The American Baptist Home Mission Society began classes in 1865 to educate freed slaves. Gov. Terry McAuliffe, who spoke at the Shockoe Slip ceremony, urged the audience there to “build upon what happened 150 years ago.”