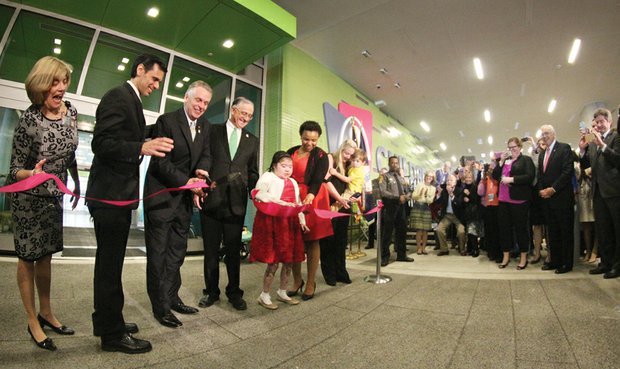 It’s being described as the biggest development in child health care in Central Virginia. After more than five years of planning and construction, the new $200 million Children’s Pavilion outpatient treatment center was celebrated with fanfare Wednesday, just days before its planned opening to patients and families on Monday, March 21.