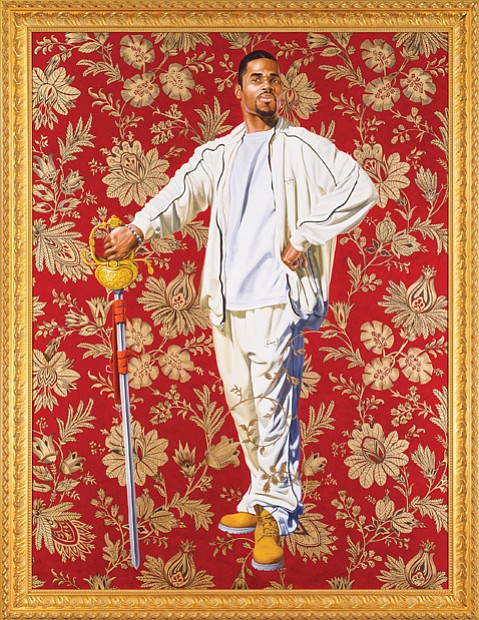 “Willem van Heythuysen,” a 2006 oil and enamel painting on canvas by artist Kehinde Wiley, is part of the collection at the Virginia Museum of Fine Arts in Richmond.

Artist Kehinde Wiley, known for his large, edgy paintings of top music and hip-hop performers such as Michael Jackson, LL Cool J, Notorious B.I.G., Ice T and Grandmaster Flash and the Furious Five, has been commissioned to paint the official presidential portrait of former President Obama for the Smithsonian’s National Portrait Gallery.