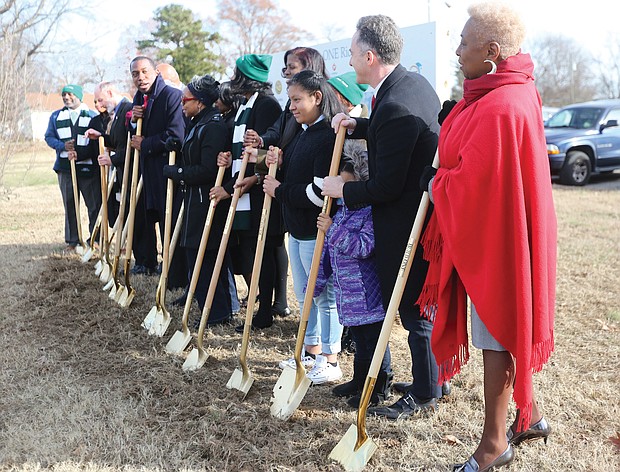 Richmond Mayor Levar M. Stoney, center, asks Superintendent Jason Kamras, second from right, to lead Wednesday’s groundbreaking ceremony at E.S.H. Greene Elementary School in Spanish in recognition of the large Spanish-speaking population at the South Side school. Mr. Kamras offered some of his remarks to the small crowd of students, school officials, School Board and City Council members in Spanish.