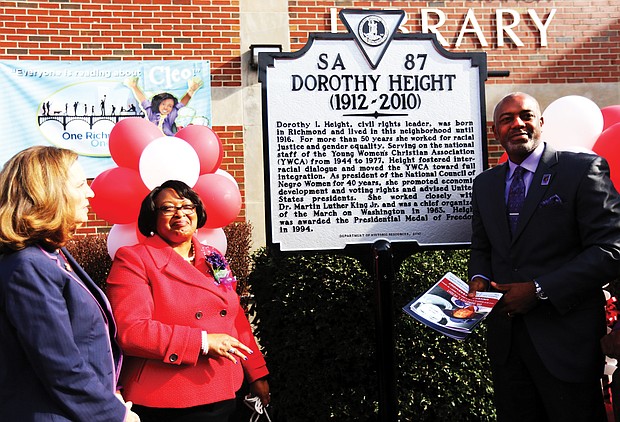 Jeffrey Randolph of Chesterfield, the great-nephew of the late civil rights icon, helped to unveil one marker, along with Connie Cuffee, president of the sorority’s Richmond Alumnae Chapter, and Virginia First Lady Pam Northam.