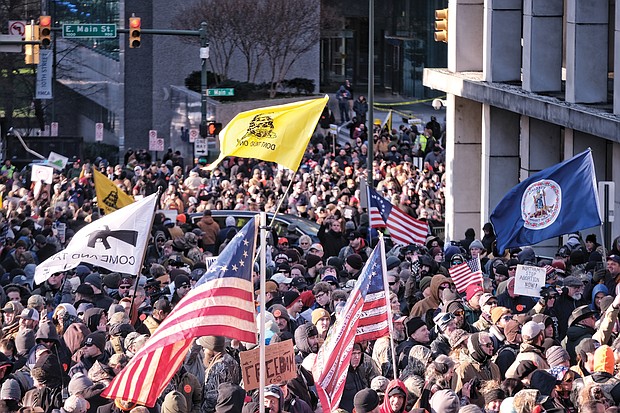 Thousands of demonstrators crowd Bank Street in Downtown, waving flags and signs during the Lobby Day rally by gun rights activists at the State Capitol on the Martin Luther King Jr. Holiday.