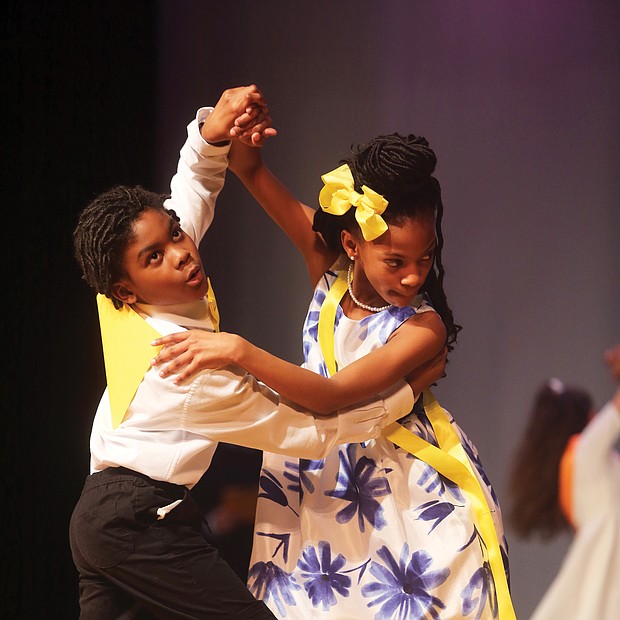 Tango togetherness: D’andre Morris, left, and Aaliya Thornhill showcase their tango moves to impress judges at a ballroom dance competition March 28 at Huguenot High School. The two fifth-graders from Overby-Sheppard Elementary were among the young people who participated in the event that Dancing Classrooms of Greater Richmond hosted. The nonprofit organization, which promotes ballroom dancing in city schools as a way to instill discipline, courtesy, teamwork and other values, provided the schoolchildren with 10 weeks of instruction before the event. (Regina H. Boone/Richmond Free Press) 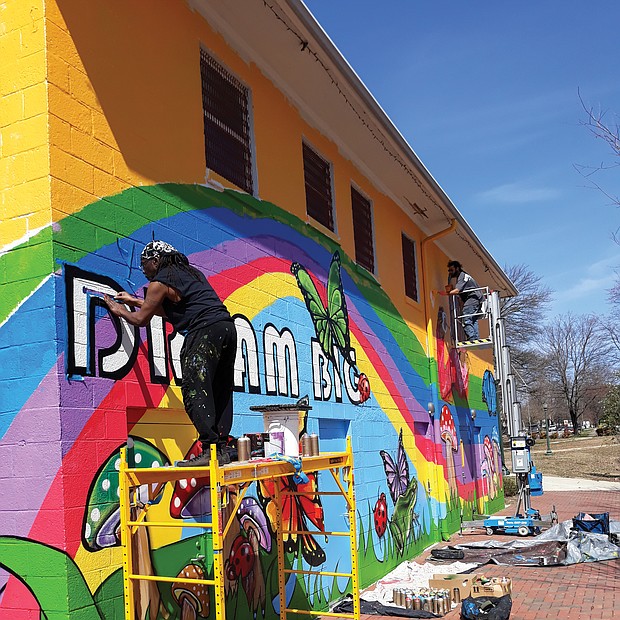 Sir James Thornhill, left, and assistant Michael Rezek put the finishing touches on his “Dream Big” mural that now decorates the Ann Hardy Plaza Community Center in Highland Park in North Side. Best known for the murals he has created in Jackson Ward, Mr. Thornhill was commissioned by the city Department of Parks, Recreation and Community Facilities to create the mural. It adds a bright touch to the park and building which the city has paid more than $1.5 million to renovate and upgrade. The center, named for the late children’s advocate who ran tutoring and preschool programs for years, includes a meeting room, computer lab and a multipurpose space for indoor recreation. (Jeremy M. Lazarus/Richmond Free Press) 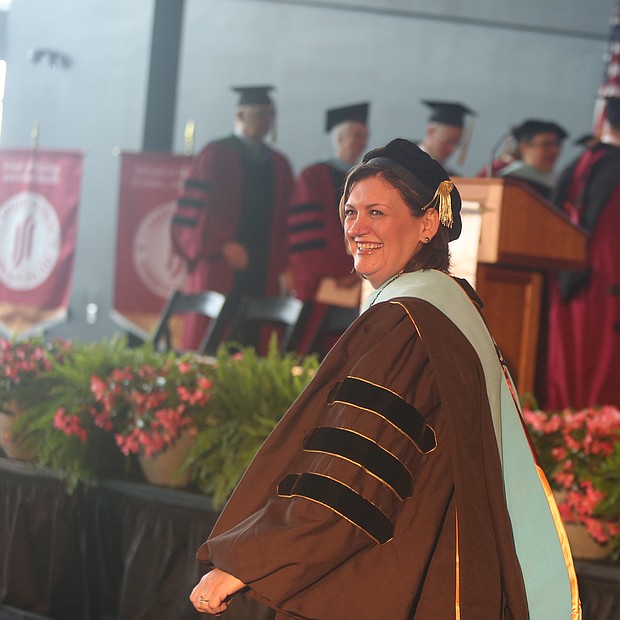 Reynolds inaugurates new president: Dr. Paula P. Pando is all smiles after her inauguration last Friday as J. Sargeant Reynolds Community College’s fourth president. The ceremony, held at the Dewey Gottwald Center at the Science Museum of Virginia, carried the theme “Equity Through Action.” Dr. Pando, who immigrated with her family to the United States from Chile when she was young, was the first in her family to earn a college degree. She has worked in higher education for more than 20 years, beginning as director of campus activities and programs at Saint Peter’s University in Jersey City, N.J. She later joined Hudson County Community College in Jersey City and rose through the ranks, holding three different vice president positions. She was senior vice president for student and educational services there when she was chosen from among 102 applicants in a national search to lead J. Sargeant Reynolds Community College. The college serves more than 15,000 students annually on campuses in Richmond, Henrico and Goochland. (Regina H. Boone/Richmond Free Press) 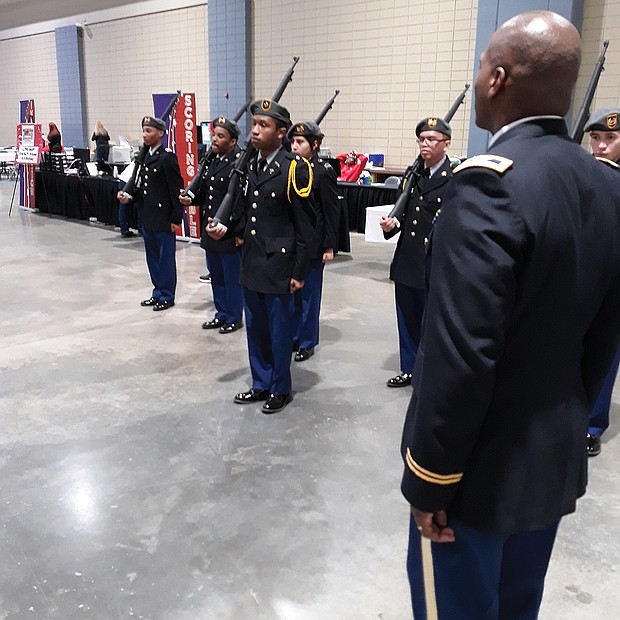 Drill ready: Army Col. Alexander Taylor observes as Cadet 2nd Lt. Taire Hubbard leads Huguenot High School’s Junior ROTC team in a practice Saturday before the Richmond team faced judges in the U.S. Army Junior ROTC Drill Championship. Location: Greater Richmond Convention Center in Downtown. The team that Col. Taylor instructs was one of 103 high school units that came from as far away as Hawaii and Oregon to take part in the daylong event in Richmond. More than 2,500 teens showcased their military abilities at the event. Richmond beat out six other cities to host the championship for the first time. Army officials said they hope to return next year. (Jeremy M. Lazarus/Richmond Free Press) 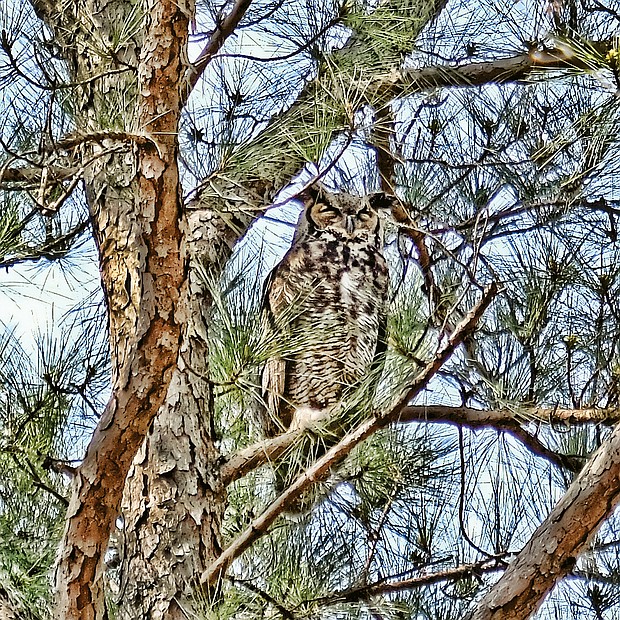