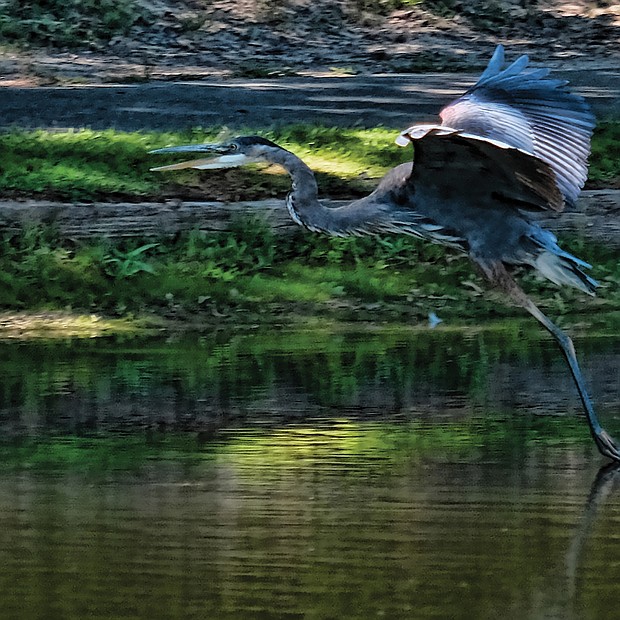 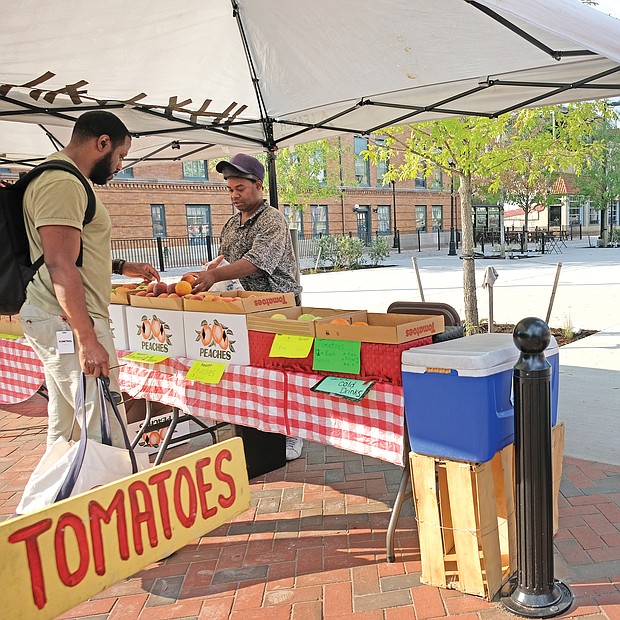 Timothy Christian, right, waits on Ralph Lee in continuing a 50-year family tradition of selling fruits and vegetables at the 17th Street Market in ShockoeBottom.(The name recently was changed from the 17th Street Farmers’ Market.) Mr. Christian is the lone regular vendor in the revamped, but still struggling market that has yet to regain its panache after a three-year facelift for which the city spent $3.5 million. Sisters Rosa Fleming and Evelyn Luceal Allen, other longtime vendors, have to be reinstated; they now sell produce from a stand on Franklin Street in a parking lot across from the market. (Sandra Sellars/Richmond Free Press) 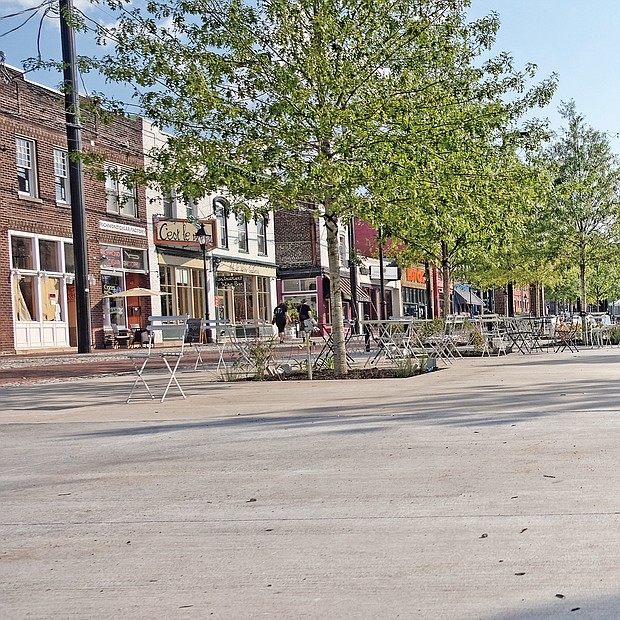 The city is still trying to complete work at the market and on July 1 took back control of the market from the Enrichment Foundation. Kathy Emerson and Karen Grisevich were installed as provisional managers last month. The new managers said plans are afoot for events and other programming at the market plaza possibly starting in September. However, there is no indication of any plans for future activity on the market’s Facebook page or on the city’s website. A private group apparently continues its music-filled night market on the second Saturday of each month and yoga classes on Wednesday evenings. (Sandra Sellars/Richmond Free Press) 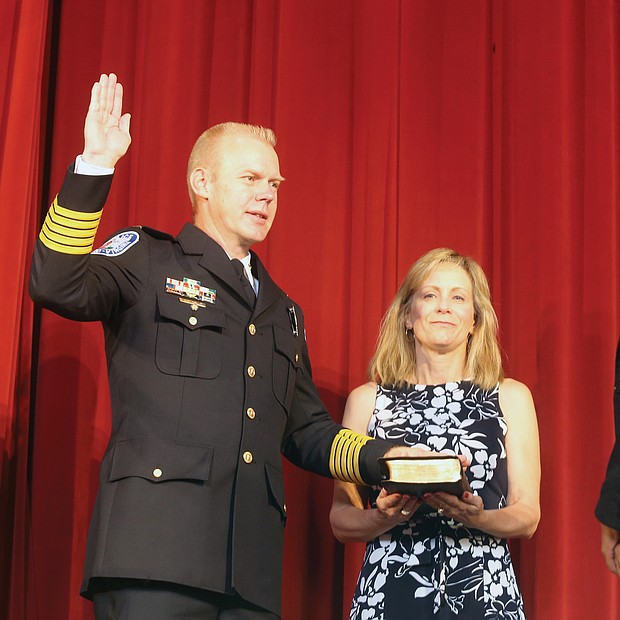 Richmond Police Chief Will Smith is sworn in as the city’s top cop during a ceremony Wednesday held at Virginia Union University’s Coburn Hall. The chief’s wife, Virginia “Ginnie” Smith, holds the Bible while City Clerk Candice Reid administers the oath. Chief Smith is the city’s 19th police chief. He was joined at the ceremony by his two daughters, Mayor Levar M. Stoney, members of City Council and dozens of current and retired law enforcement officers from Richmond and around the state. (Regina H. Boone/Richmond Free Press) 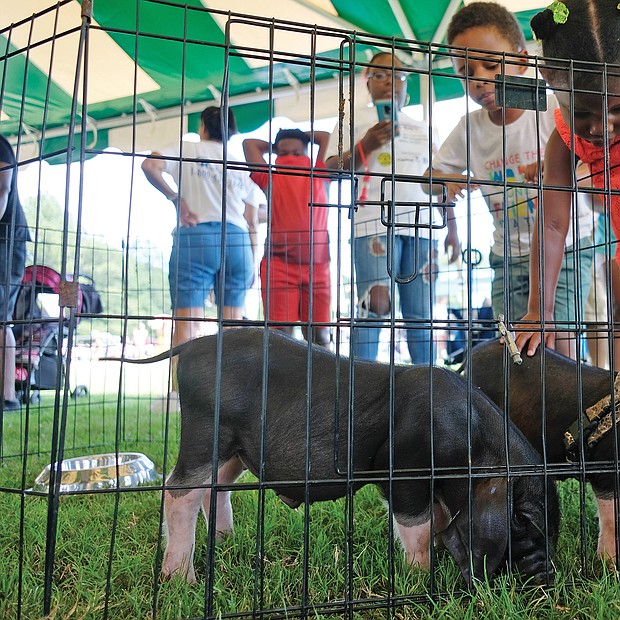 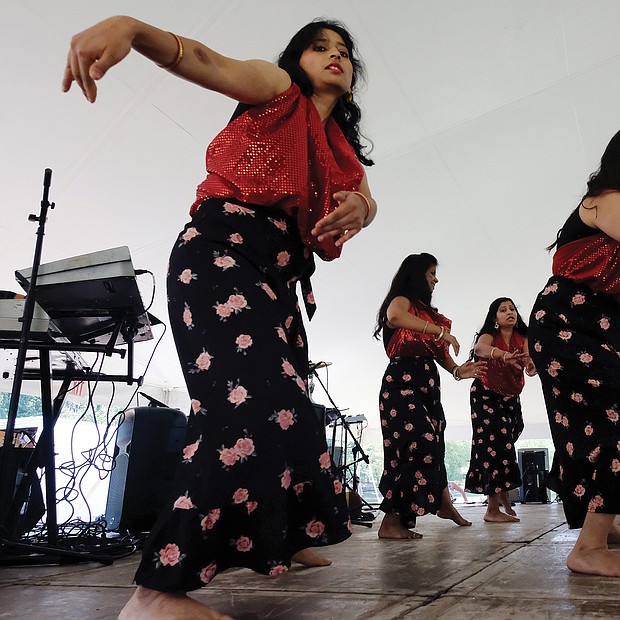 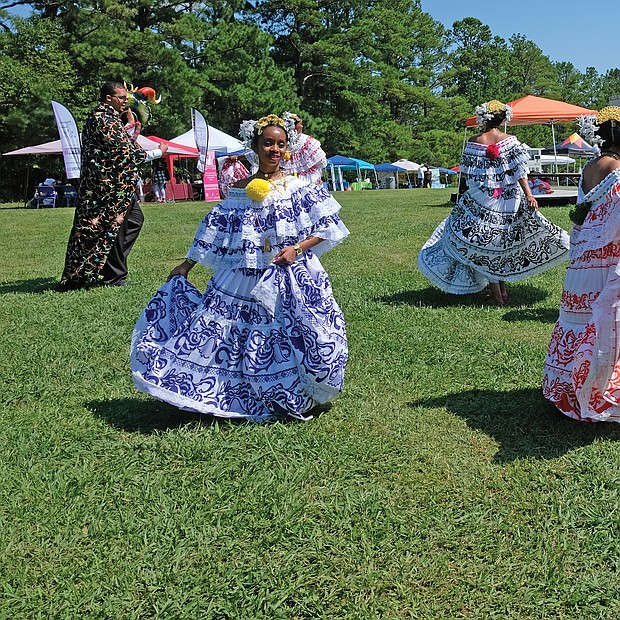 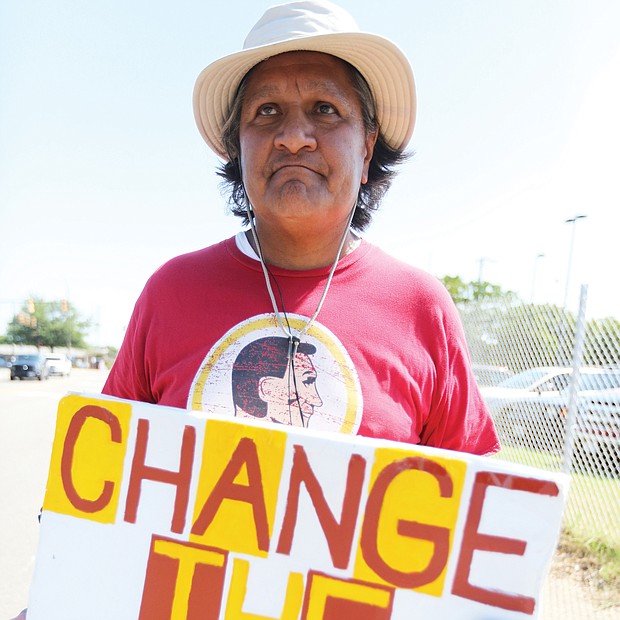