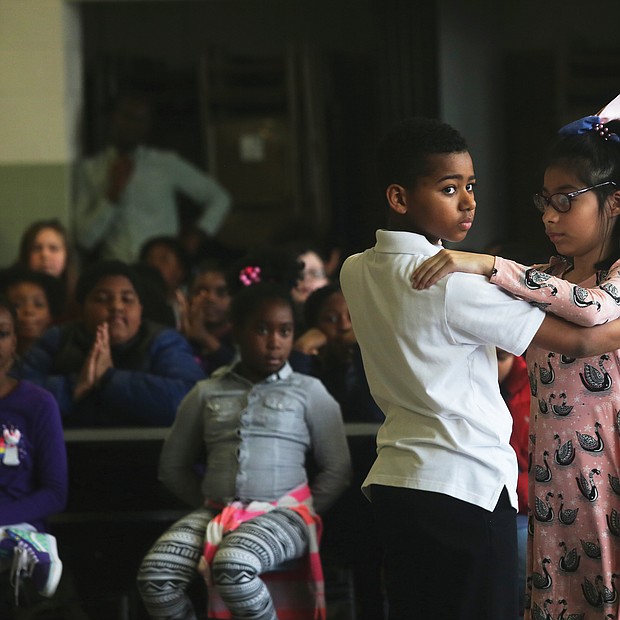 Classmates Jeremiah Crews and Valerie Velasco-Fuentes take their opening stances as they begin a dance performance for parents, teachers and schoolmates last month at Southampton Elementary School. The students were part of Dancing Classrooms Greater Richmond, a nonprofit program that uses ballroom dance to teach youngsters social awareness and build self-esteem. Teams from various schools competed Wednesday night at Huguenot High School in “Colors of the Rainbow,” a match between fifth-grade teams from six schools in the Richmond area. 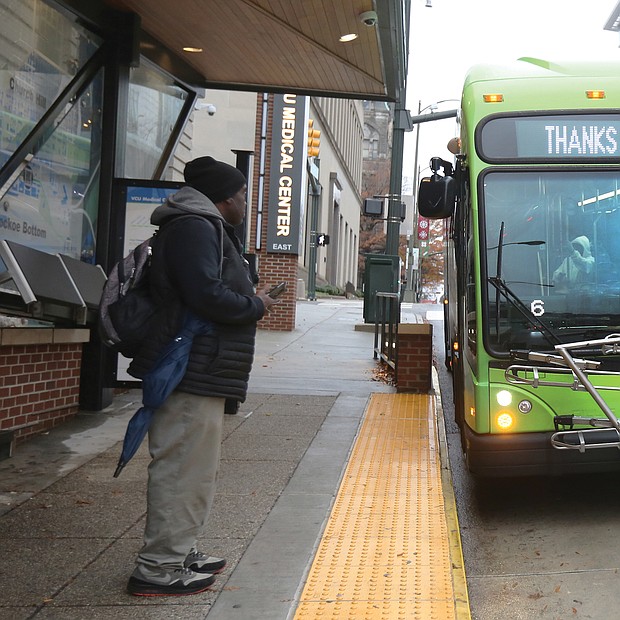 A Pulse bus displays appreciation to Rosa Parks on its electronic sign Sunday as GRTC paid tribute to the late civil rights icon who defied segregation laws onDec.1, 1955, and helped trigger a movement that ultimately brought an end to government-sanctioned racial discrimination in public transit and many other aspects of American life. 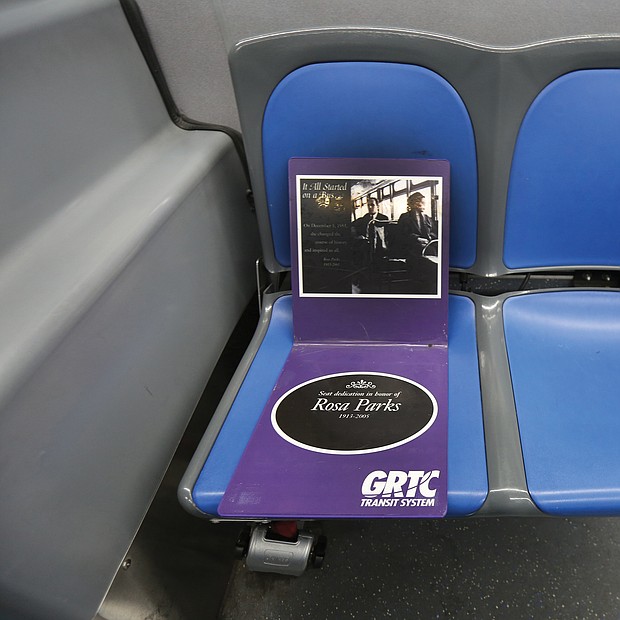 GRTC also reserved the first seat on every bus in honor of Mrs. Parks refusing to give up her seat on a Montgomery, Ala., bus to a white man. The action of Mrs. Parks, who died in 2005 in Detroit, led to a boycott of Montgomery’s public bus system and a U.S. Supreme Court ruling outlawing racially segregated seating on local public transit just as it had earlier used the Virginia case of Irene Morgan to ban racial segregation of passengers on buses, trains and planes crossing state lines. 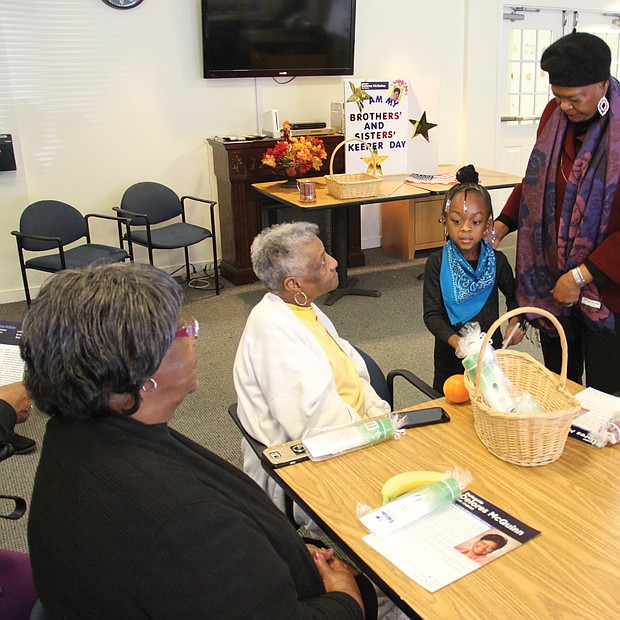 Delegate Delores L. McQuinn, standing, and her 6-year-old grand-daughter Storie Znassi deliver fruit baskets and body lotion to residents of the Darby House senior apartment community in Henrico County last Friday for “I Am My Brother and Sister’s Keeper Day.” The special statewide designation for the day after Thanksgiving was approved by the General Assembly in 2018 by a resolution introduced by Delegate McQuinn. It asks Virginians to perform a random act of kindness on the Friday after the holiday. On this second annual “I Am My Brother and Sister’s Keeper Day,” Delegate McQuinn challenged people to have seven others join in doing something kind to make a difference in the lives of others. She and her granddaughter visit here with, from left, Ethel Davis, 81, Doris Laidler, 71, and Mary Berryman, 88. Other participants out doing kind acts for others on the special day included members of Delegate McQuinn’s legislative staff and members of the Richmond police and fire departments. 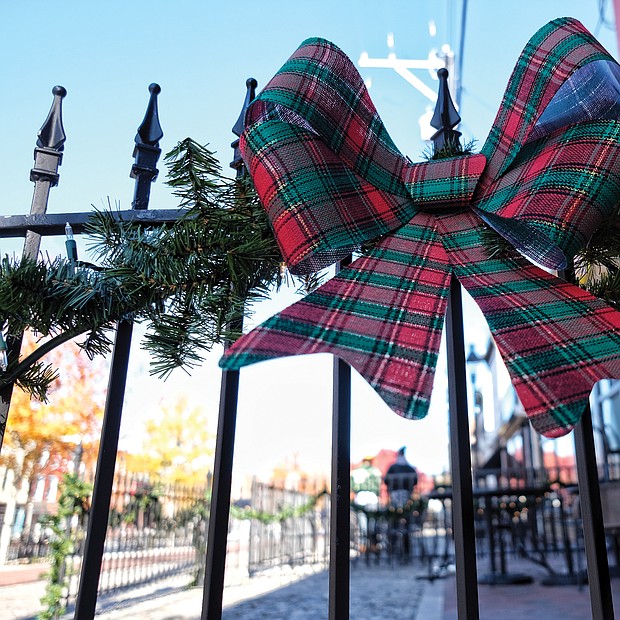 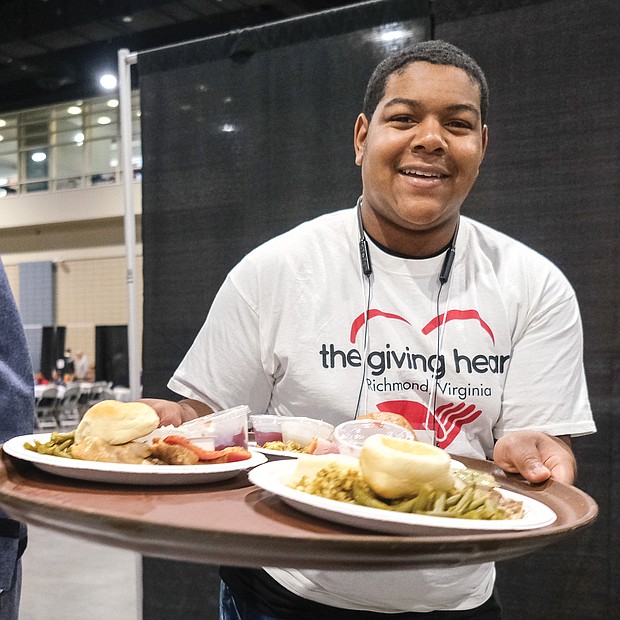 Hundreds of people came together last Thursday to enjoy The Giving Heart’s annual free Community Thanksgiving Feast at the Greater Richmond Convention Center in Downtown. The feast of turkey and stuffing and all the trimmings was supported by the donations of time, food and money of hundreds of individual and corporate volunteers who made it a real success. Damarious Banks, 15, was among the young adults serving meals to the hungry crowd. 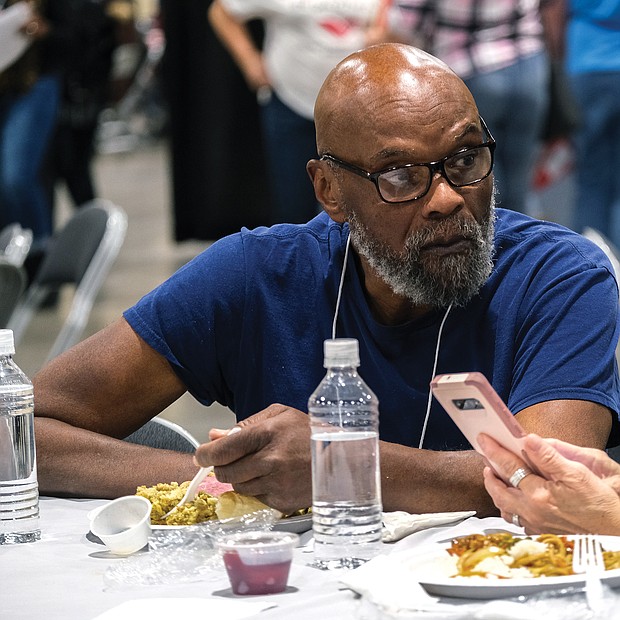 Booker Hargrove and Karen Knarr take a break from volunteering as coat checkers to savor a meal. 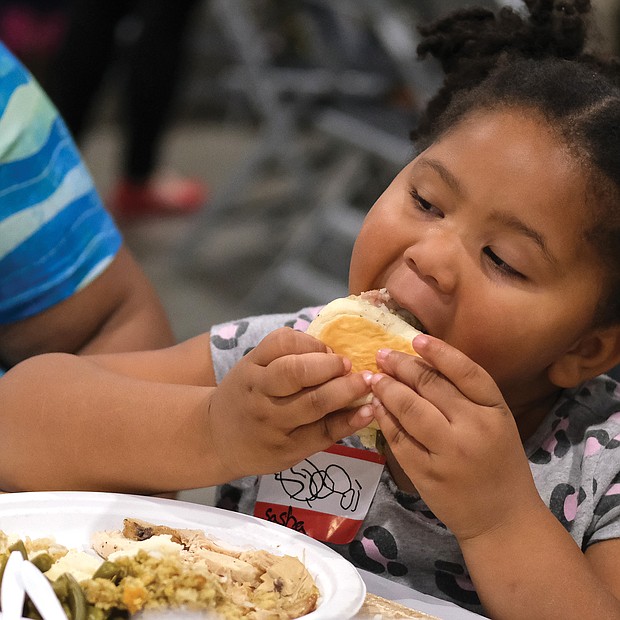 Sasha Northan, 4, takes a bite from a dinner roll. 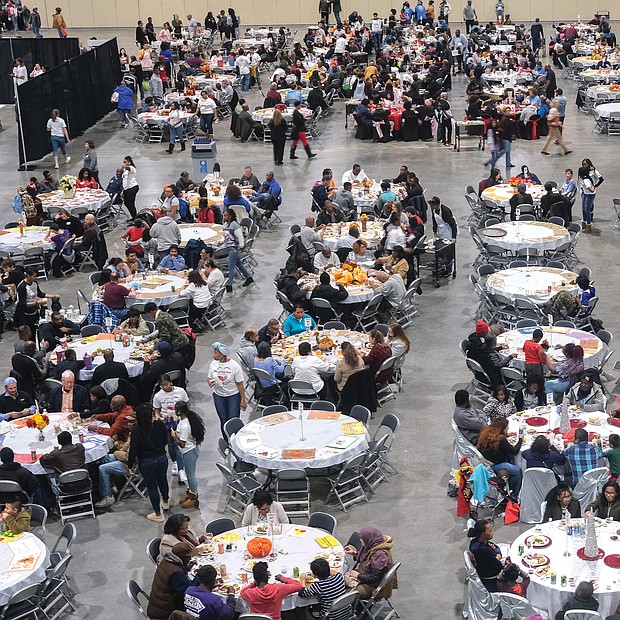 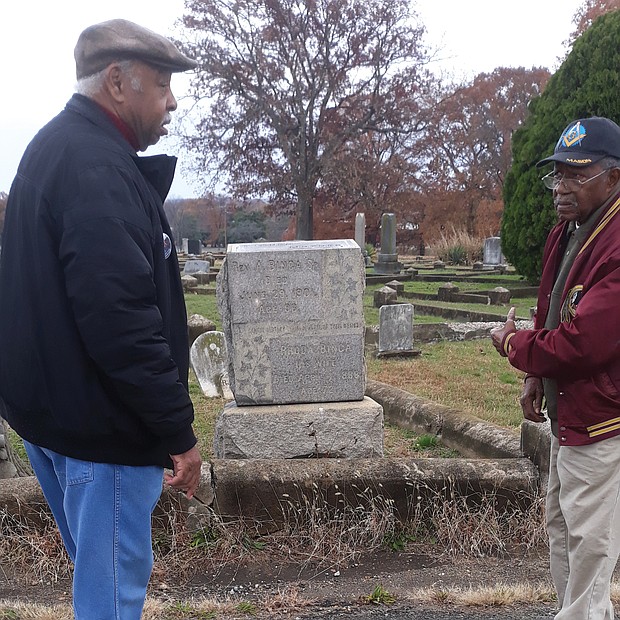 Charles S. Vaughan, left, and Eddie Radden Jr. view improvements at the historically black Mount Olivet Cemetery in South Side for which they have lobbied City Hall for several years. “It’s looking much better,” Mr. Vaughan said last Saturday in praising the city cemetery management for pruning bushes, trimming trees, removing grass covering name plates and tidying the burial ground. Mount Olivet Cemetery, located off Hopkins Road, dates to 1874 and is part of the larger, historically white Maury Cemetery that the city also owns. The two retirees are regular visitors to Mount Olivet, the final resting place of some of the most prominent African-Americans in South Side. Here, they pause in front of the grave of the Rev. Anthony Binga Jr., a top South Side educator of black children, a celebrated pastor for 47 years of First Baptist Church of South Richmond and a leader in national black Baptist groups before his death in 1919.