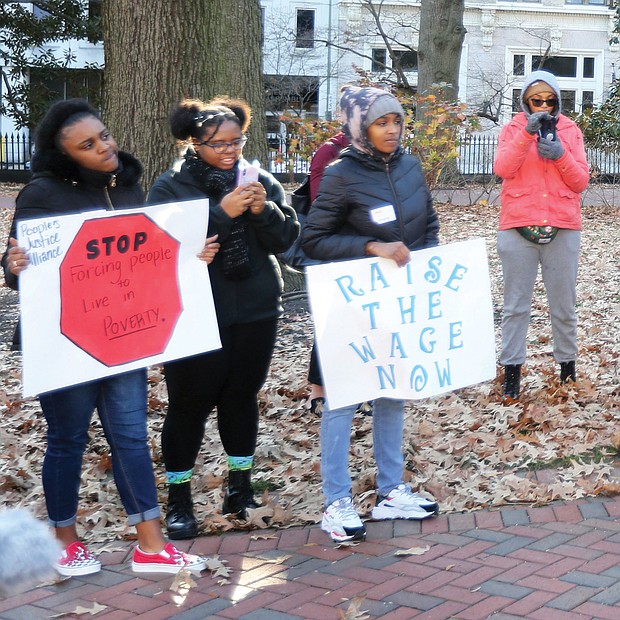 ‘Raise the wage’ rally Naomi Isaac, right, of the People’s Justice Alliance addresses a crowd seeking an increase in the state’s minimum wage during a rally Dec. 18 on the grounds of the State Capitol. She said the current hourly minimum wage, $7.25, “does not exist without intention. Raise the minimum wage to a living wage now.” Legislation to raise the state minimum wage to $15 an hour over several years is expected to be considered when the General Assembly convenes in January. With Democrats in control of the legislature, prospects for passage are regarded as virtually certain. (Regina H. Boone/Richmond Free Press) 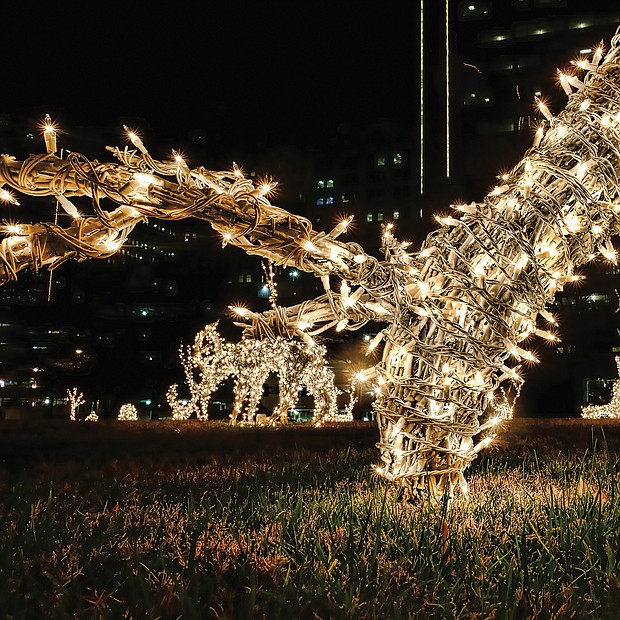 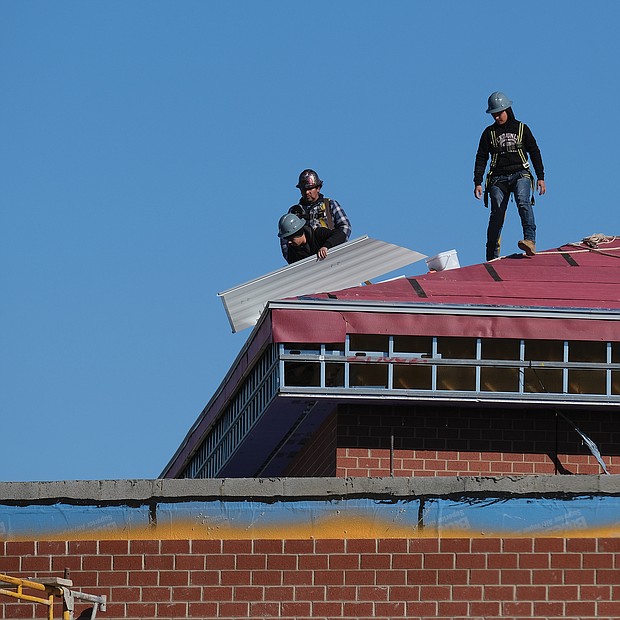 Construction workers are busy with the new George Mason Elementary School that is going up in the East End on the site of a park adjacent to the current school building. George Mason is one of three new schools under construction that are expected to be ready for the 2020-21 academic year. (Sandra Sellars/Richmond Free Press) 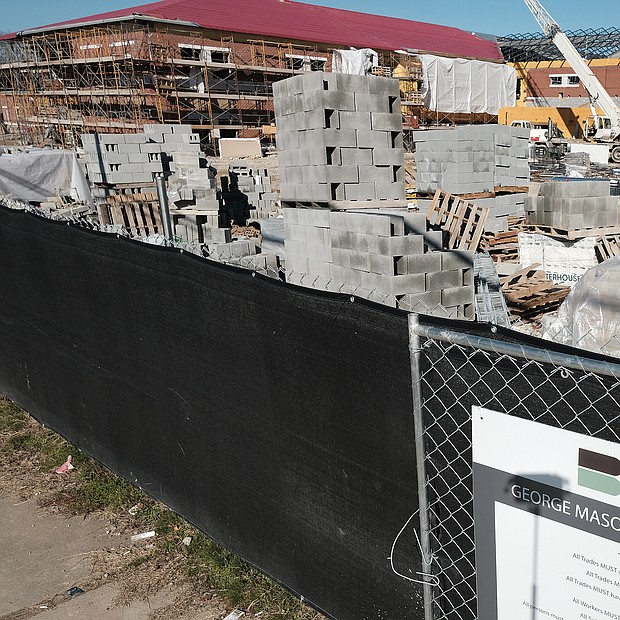 George Mason is one of three new schools under construction that are expected to be ready for the 2020-21 academic year. Building supplies are stacked and ready for use in the $38.4 million project. (Sandra Sellars/Richmond Free Press)