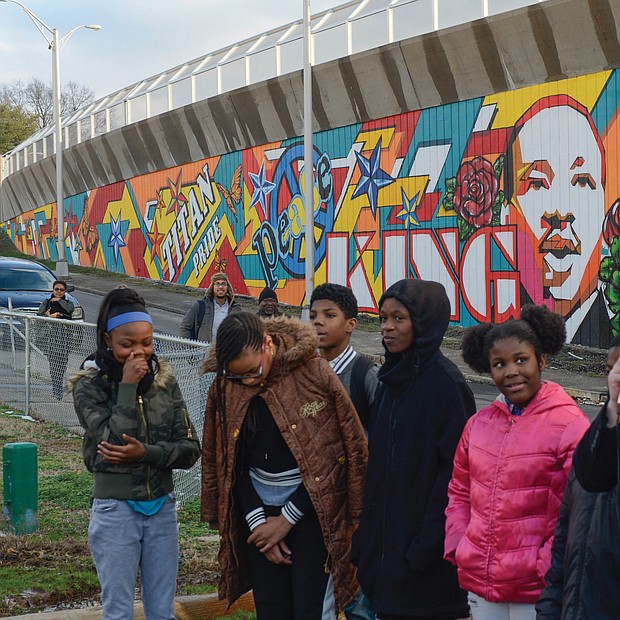 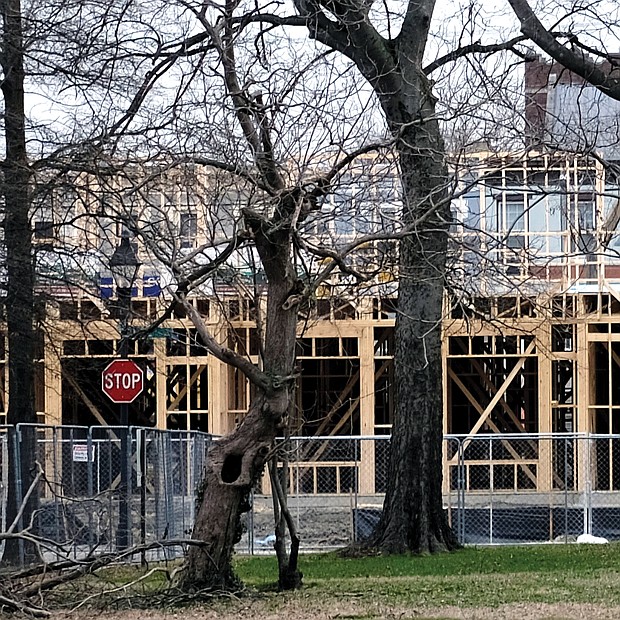 Workers are moving forward to create a $33 million apartment complex on a 2½-acre block in Jackson Ward, despite recent weather challenges. This view from 2nd and Duval streets shows the wooden framework of the 146 new apartments under construction on the site. (Sandra Sellars/Richmond Free Press) 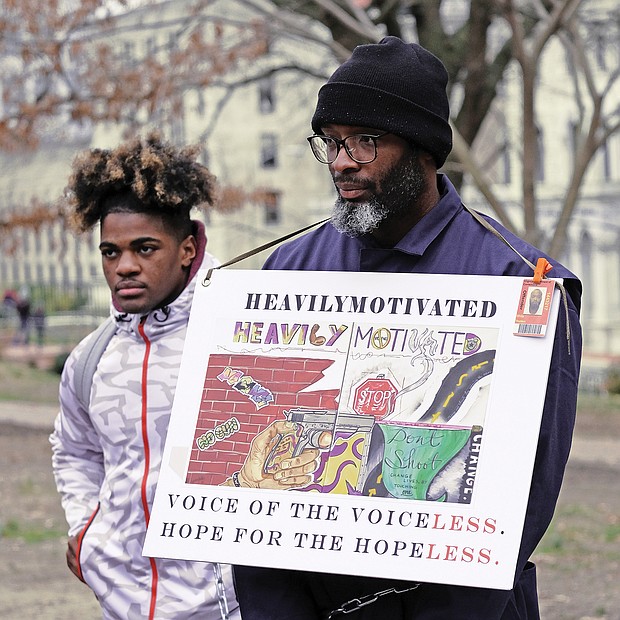 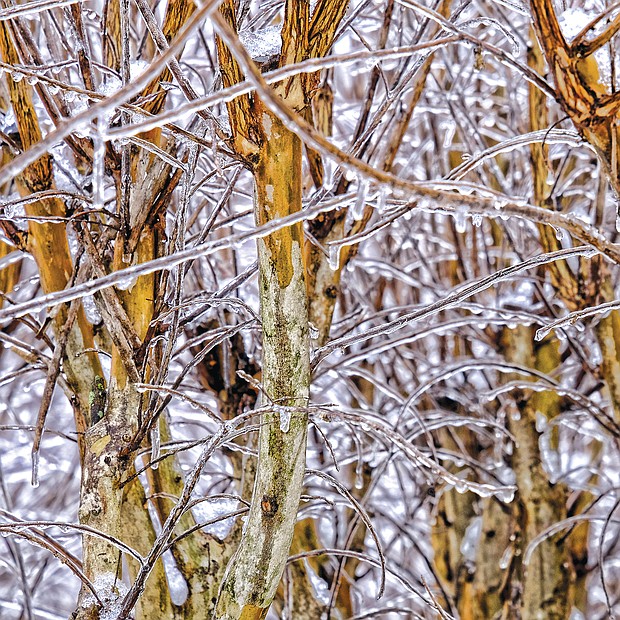