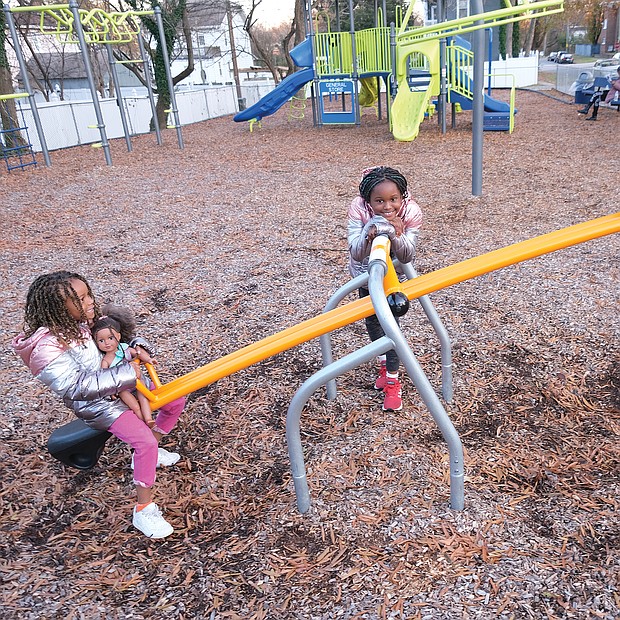 Life can be a balancing act, even when you’re young and on a see-saw. On Sunday, Ava El, 6, left, plays on a see-saw with friend Tye’asjah Morris, 6, right, at the Third Avenue Tot Lot in Highland Park as her sister, Kailee El, 8, waits her turn. The youngsters were at the lot at Third Avenue and Althea Street under the watchful eye of mother Ashley El, who can be seen on the bench in the background. 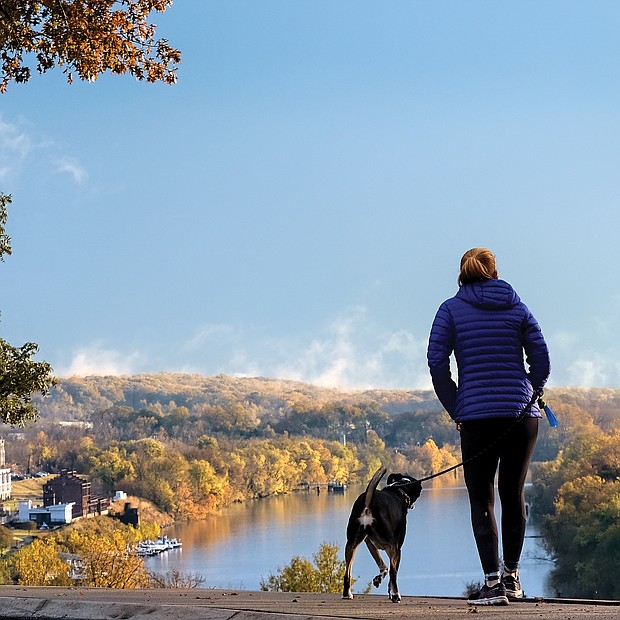 A woman and her dog pause to drink in an iconic view of the James River from Libby Hill Park in the East End. Legend has it that the city’s founder, William Byrd II, named Richmond after the English borough of Richmond-upon-Thames because the bend of the James River at this vantage point reminded him of the Thames River in its passage through that London suburb. No evidence has ever turned up to support the story.

Cast members from the Richmond tour of “Hamilton” get a behind-the- scenes tour of the Virginia Museum of History & Culture last Friday where they had an opportunity to see historical artifacts related to the characters they portray. Edred Utomi, who portrays the musical’s name character, Alexander Hamilton, strikes a pose immortalized by the museum’s Hamilton sculpture in the infamous duel with Aaron Burr. 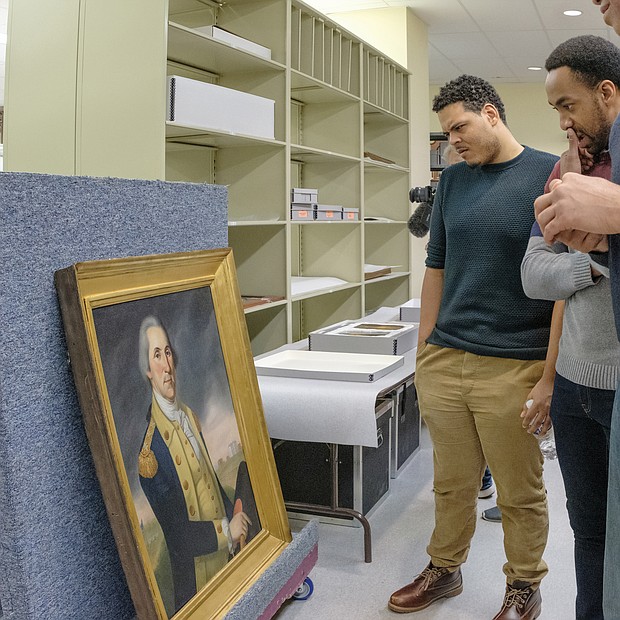 Tyler Belo, who portrays James Madison, views a portrait of Washington in the museum’s vault. Virginia was a focal point for much of the activity and many of the “Founding Fathers” involved in the creation of a new nation, with artifacts and other historical objects located in collections in the state. 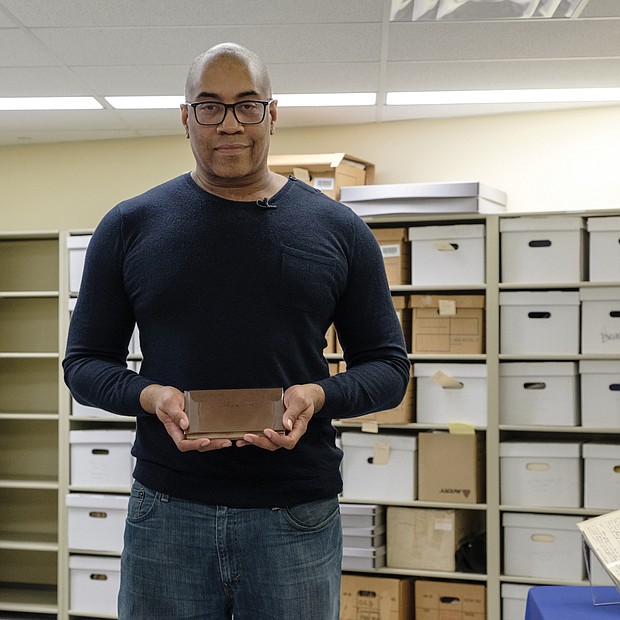 Leading the tour at the Virginia Museum of History & Culture on Arthur Ashe Boulevard were Jamie O. Basket, president and chief executive officer of the museum, and Dr. William Rasmussen, who curated the museum’s exhibit “Founding Frenemies: Hamilton and The Virginians,” which is on view through Feb. 2.