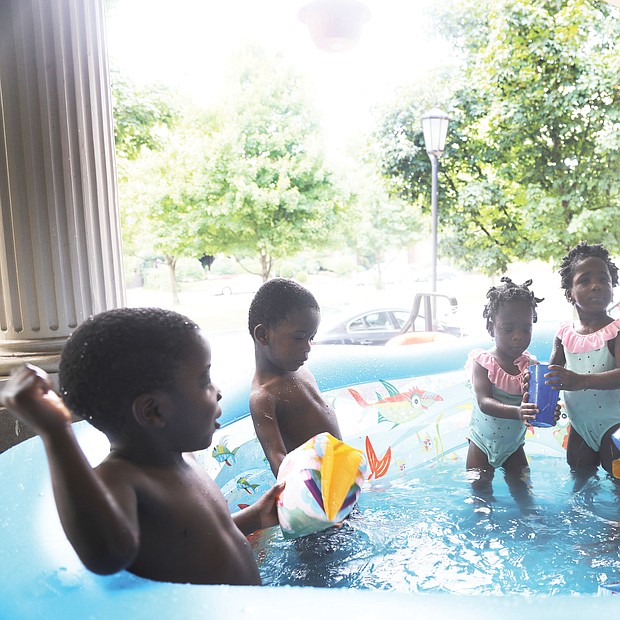 Mom Ajibola Taiwo tries to keep from getting wet during splash time with her 3-year-old sextuplets on a recent hot summer afternoon. the youngsters are, from left, Jubeelo, sindara, Funbi, Semiloore, Setemi and Morayo. Mrs. Taiwo said it takes teamwork with her husband, Adeboye taiwo, to make their household in the Fan run smoothly. the Taiwos are natives of Nigeria. 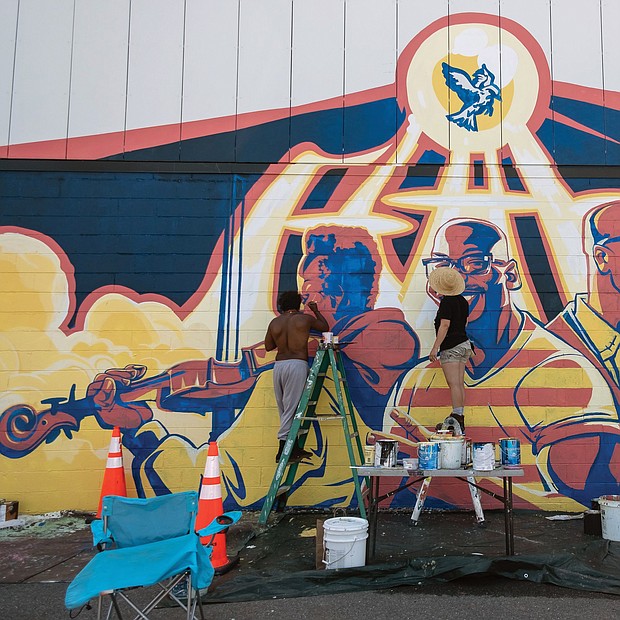 New murals are sprouting as artists seek to lend their vision to the Black Lives Matter movement. Here, Chris Visions, left, and Emily Herr portray their view of the world on a building in the 2900 block of West Marshall Street in Scott’s Addition. This work is one of three murals adoring the building and was commissioned by the building’s owner. 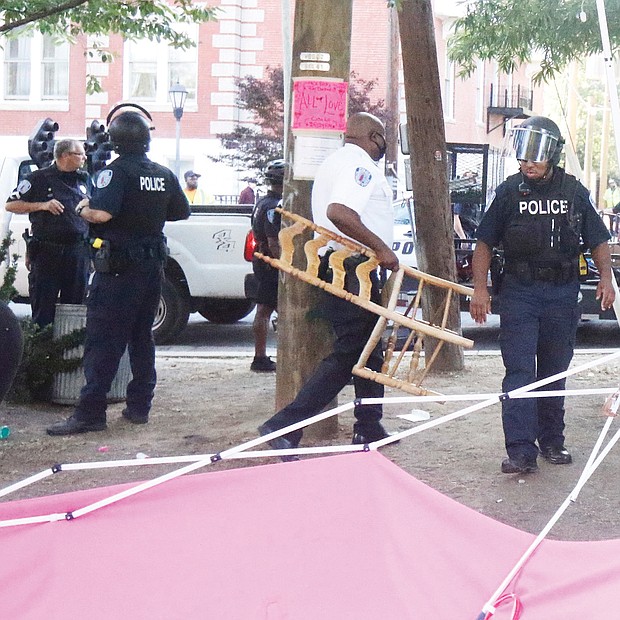 Richmond Police officers remove belongings on July 30 from “Grace Park,” a two-month-old encampment created by protesters, after residents of the area complained. Location: The grassy median at Allen Avenue and Grace Street north of the Lee statue on Monument Avenue. On the same day, police also cleared a similar camp on the Monument Avenue median north of the camp. Two people were arrested. By Monday, activists were once again distributing food, water and literature from tables in the Allen Avenue medians. Participants said police officers were regularly checking, but mostly appeared to condone the activity. However, they said police issued warnings against overnight stays on the medians. Police reported that about 11:15 p.m. July 30, shots were fired into a vehicle near the Lee statue circle following an altercation and that the glass door of a residence in the 1600 block of Monument Avenue had been shattered by reported gunfire. Officers canvassing the area found a rifle and ammunition magazines. “Gunfire and violent behavior is not peaceful, nonviolent protest; it is criminal, unacceptable and will not be tolerated in our city,” Richmond Police Chief Gerald M. Smith said in a statement. “The City of Richmond will take all necessary steps to protect residents and visitors and preserve peace and public safety in our communities.” 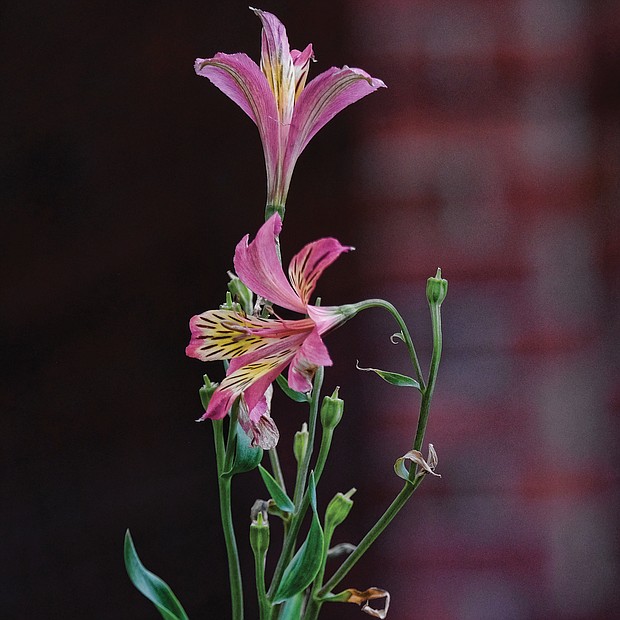 Peruvian lily in the West End