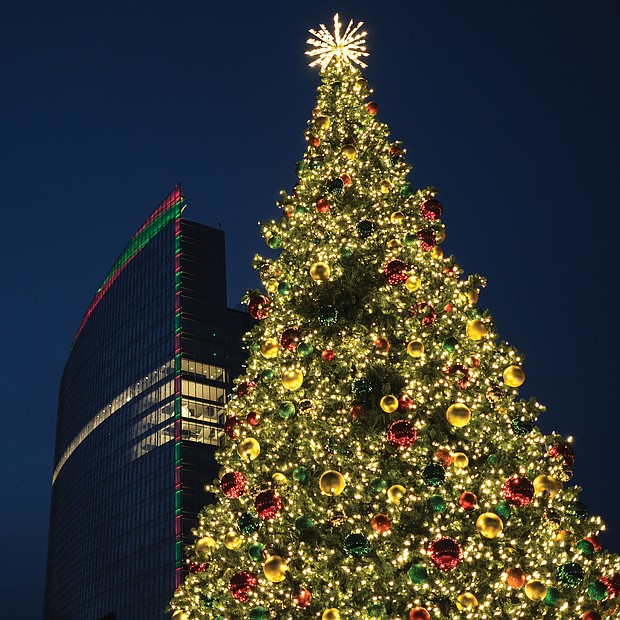 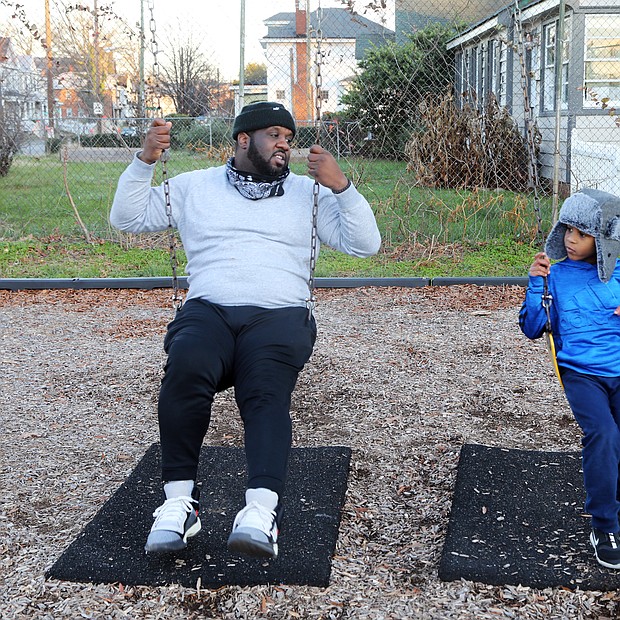 Clarence Thornton and his 5-year-old son, Chauncey, spend quality time together Tuesday at Hotchkiss Field in North Side. The youngster, a kindergartener at Richmond Prep, is close to his father and loves spending time outdoors with him. When the two are together, Mr. Thornton says he offers his son lessons on manners and how to play with other youngsters. The proud dad said young Chauncey received straight As on his first report card. 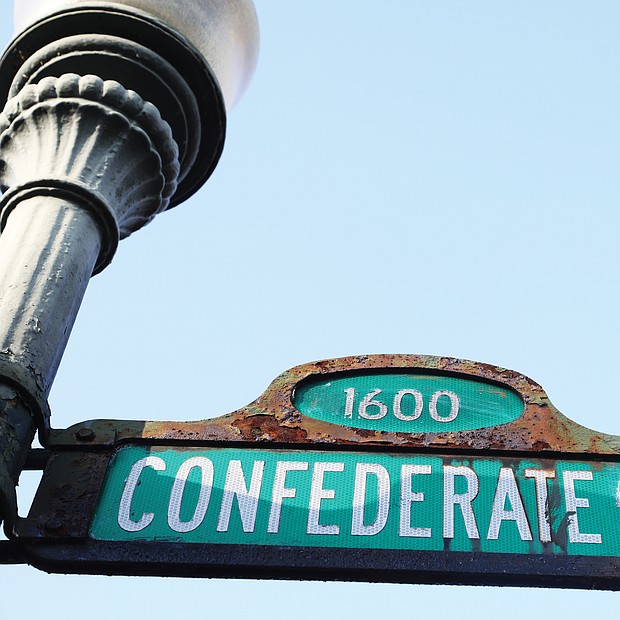 Two signs depict the old and the new when it comes to the name of this North Side street whose residents include U.S. Sen. Tim Kaine and his wife, Anne B. Holton. The aging street sign still reads Con- federate Avenue, while the sign in the next picture, in the median, displays the new name City Council officially approved last month for the street — Laburnum Park Boulevard. The city Department of Public Works has not announced when the replacement signs bearing the new name will be put in place. 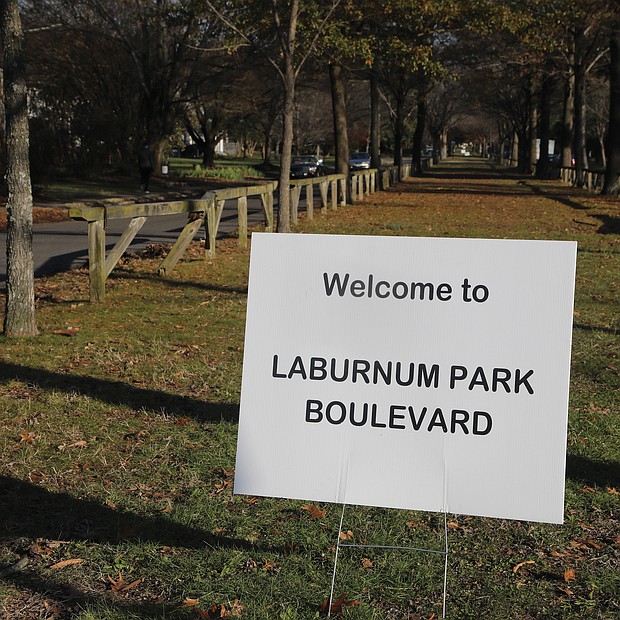