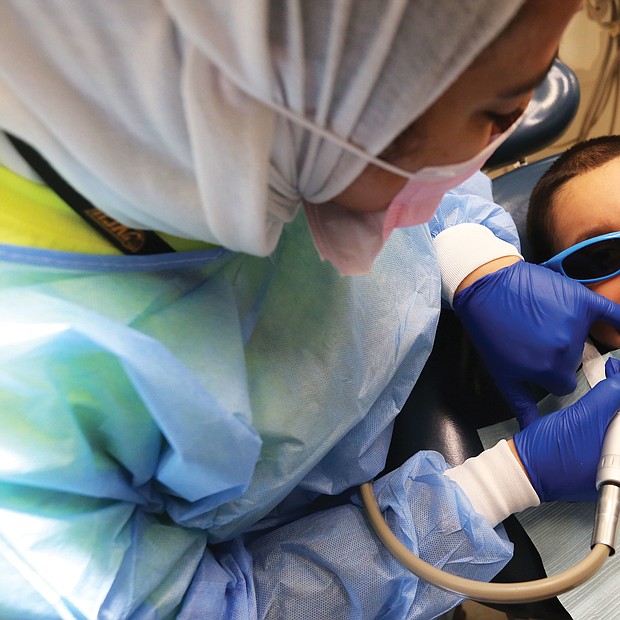 Bayron Rosales, 3, opens wide as Dr. Taibah AlBaker works on his mouth during VCu Dental Care Pediatric Dentistry’s annual day of free dental care last Friday at the Lyons Dental Building on 12th Street in Downtown. The effort was part of the American Dental Association’s annual “Give Kids A Smile” program begun in 2003 in which dentists, dental hygienists and dental assistants around the country volunteer their time and talents to provide free care to youngsters who otherwise would not have access to a dentist. In Richmond, pediatric dental specialists offered exams, cleanings, X-rays, fillings, extractions and minor restorations to youngsters without dental insurance. The national program kicks off National Children’s Dental Health Month. 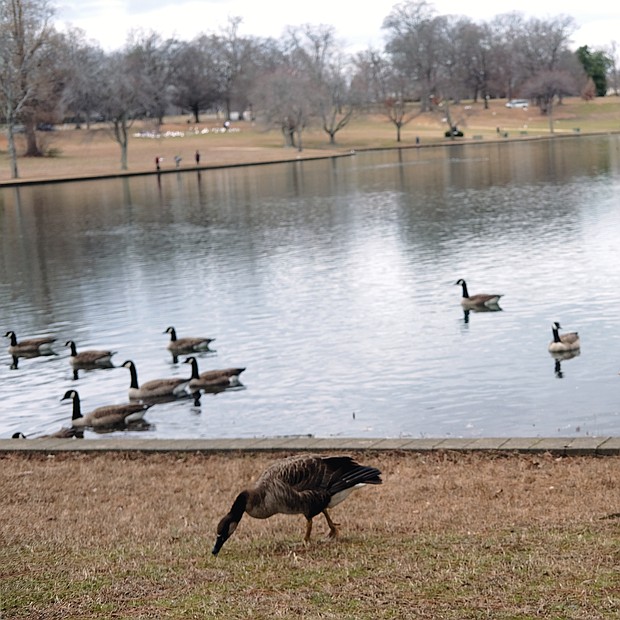 Ducks and geese walk and swim past signs posted at Swan Lake in Byrd Park that seek to educate human visitors on why they should not indulge in a popular pastime — feeding the waterfowl. One big concern is that feeding them “people food” like bread, crackers and other items high in carbohydrates can damage their health, experts note. 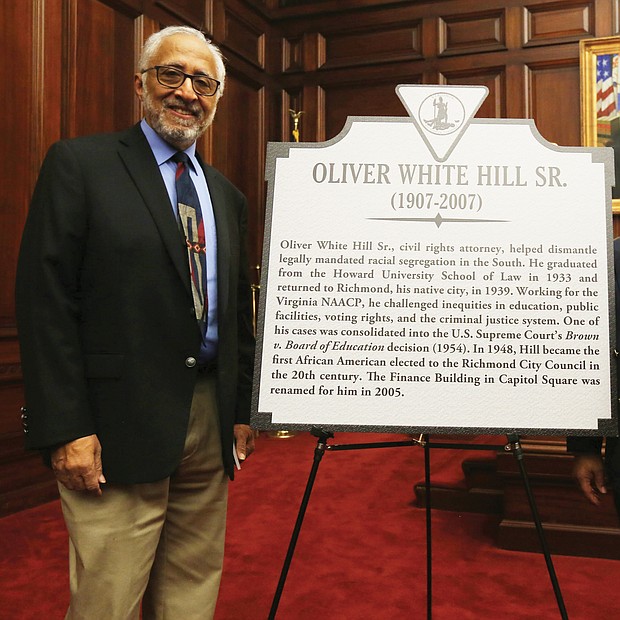 Two Richmond lawyers, Oliver W. Hill Sr. and Spottswood W. Robinson III, who were at the center of the battle for civil rights, are being remembered with state historic markers. Dr. Oliver W. Hill Jr. stands beside the marker to his late father that was unveiled in a ceremony Feb. 6 at the Lewis F. Powell Jr. United States Courthouse in Downtown. With him is J. Maurice Hopkins, a member of the Midlothian-based Oliver White Hill Foundation. 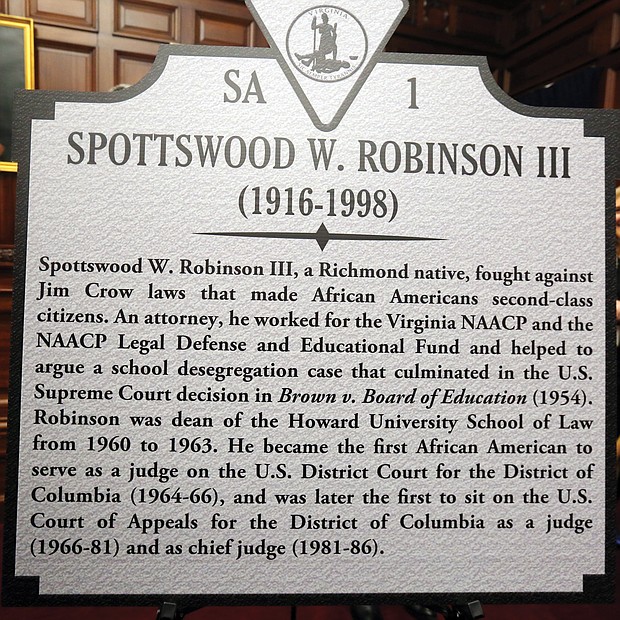 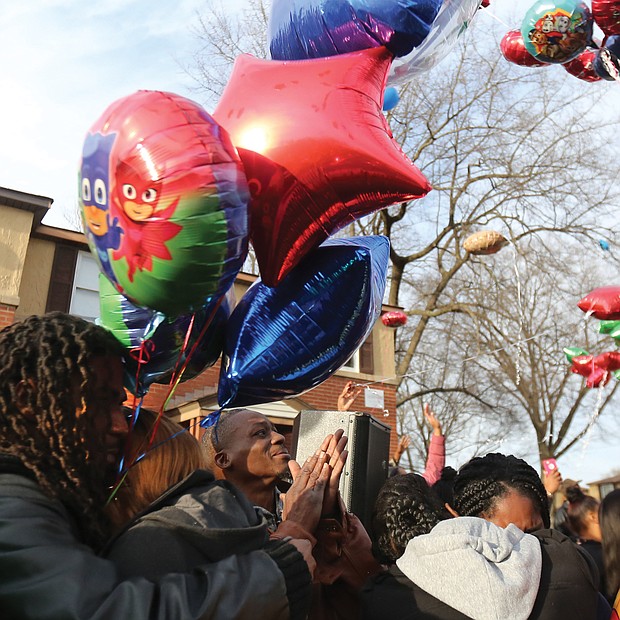 Dozens of people release colorful balloons in memory of 3-year-old Sharmar Hill Jr. during a prayer vigil last Saturday outside his family’s home in the 1700 block of Southlawn Avenue in Hillside Court. The youngster was shot and killed Feb. 1 as he played outside his home in the South Side public housing community. 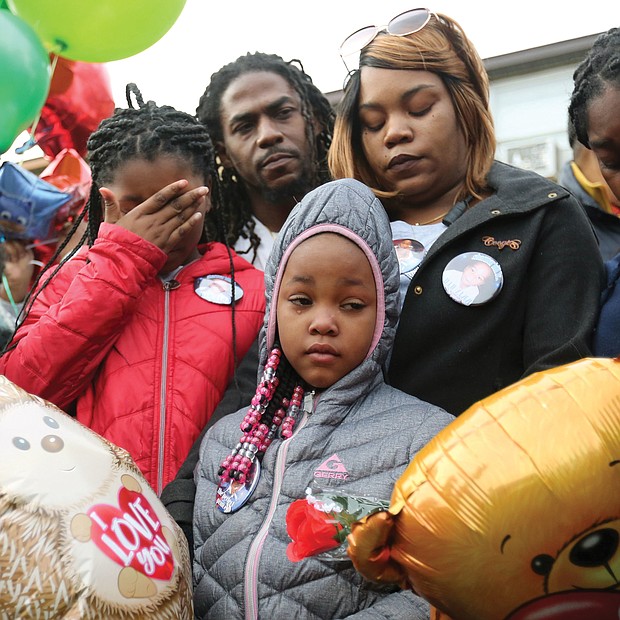 Shamar's grieving family joins mourners at the vigil — parents Sharmar Hill Sr. and Shaniqua Allen, center rear; and sisters, from left, Len’Naveya Smith, 10; Len’Niesha Smith, 7; and Ni’Aveya Allen, 14. The youngster’s death has touched the community, with hundreds of people, including Gov. Ralph S. Northam, Mayor Levar M. Stoney and Richmond Police Chief Will Smith, attending his funeral Monday at New Life Deliverance Tabernacle on Decatur Street. No arrest has been made yet in the youngster’s death. 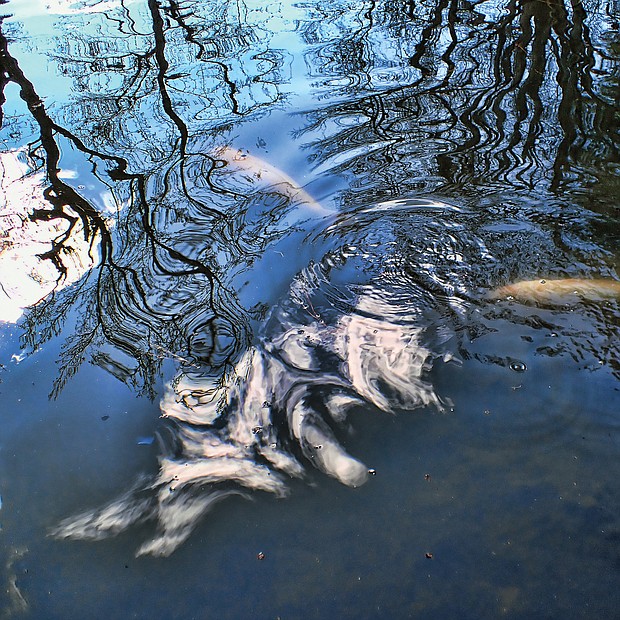 A pond near Japanese Garden at Maymont 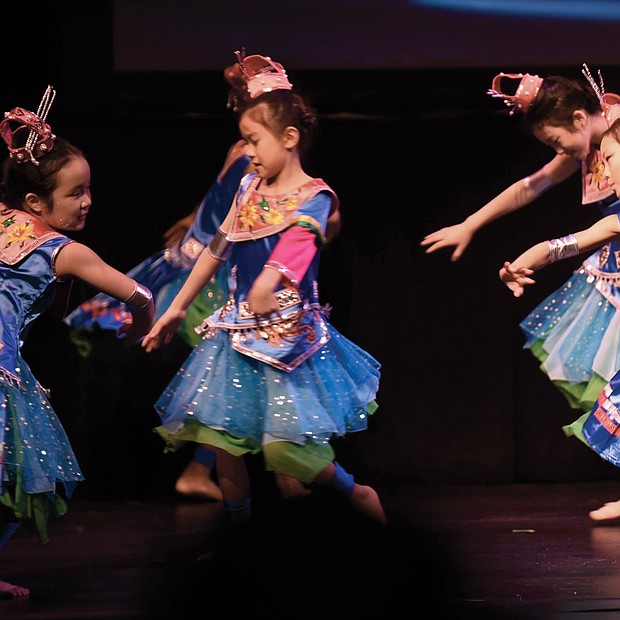 Members of the Yu Dance Arts perform at ChinaFest: Year of the Metal Rat, a celebration of the Chinese New Year held last Saturday at the Virginia Museum of Fine Arts. The event featured an exploration of Chinese culture through dance, demonstrations and activities for youngsters. 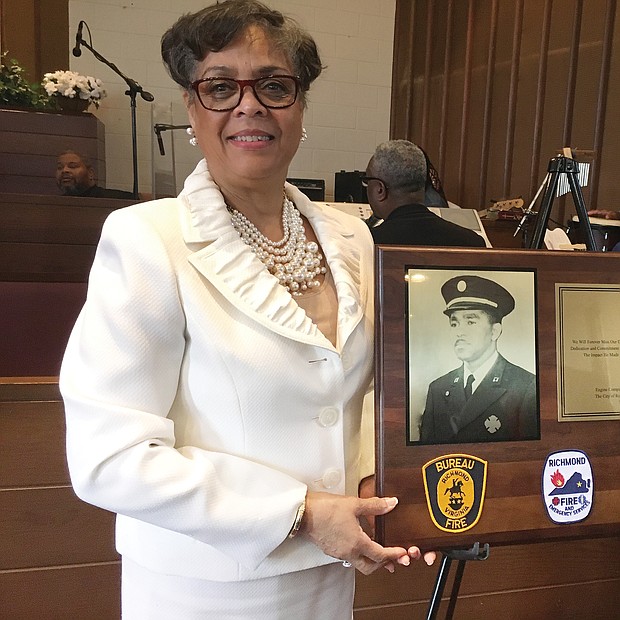 Raynell Reid shows off a tribute plaque to her late uncle, Richmond Fire Capt. Harvey S. Hicks II, during a ceremony last Sunday at Mosby Memorial Baptist Church. The ceremony marked the 70th anniversary of the hiring of the first 10 black firefighters in Richmond and Virginia. Capt. Hicks died June 4, 1963, attempting the daring rescue of a city resident who was trapped in a 23-foot-deep pit. The church joined with Engine Company No. 9 and Associates, a nonprofit group that works to call attention to the city’s pioneering black firefighters and police officers, on the Black History Month program. Richmond hired the first black police officers in 1946 and the first black firefighters in 1950. At the time of his death, Capt. Hicks also was studying for the ministry and was to preach his trial sermon a few days later. As part of Sunday’s commemoration, Dr. Price L. Davis, pastor of the church at 2901 Mechanicsville Turnpike, preached the sermon that the firefighter had written.