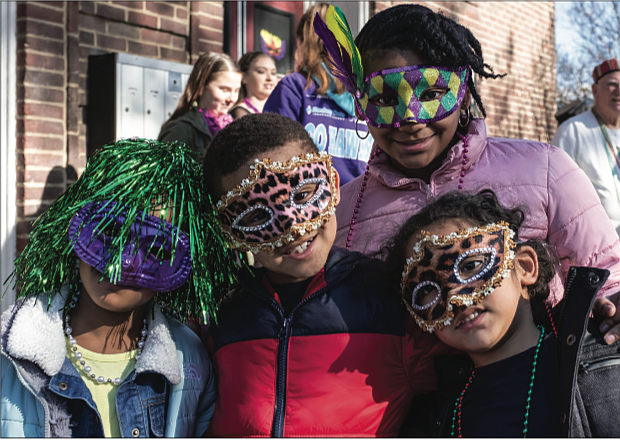 There’s nothing like a colorful mask and beads to get into the spirit of Mardi Gras. youngsters, from left, Kendall Lewis, 5; Qaiden Lewis, 6; Mekiyan Clanton, 11; and Khalil Abraham, 4, are ready for the festivities last Saturday at Dogtown Dance Theatre’s 10th Annual Mardi Gras RVA, which kicked off with a parade. 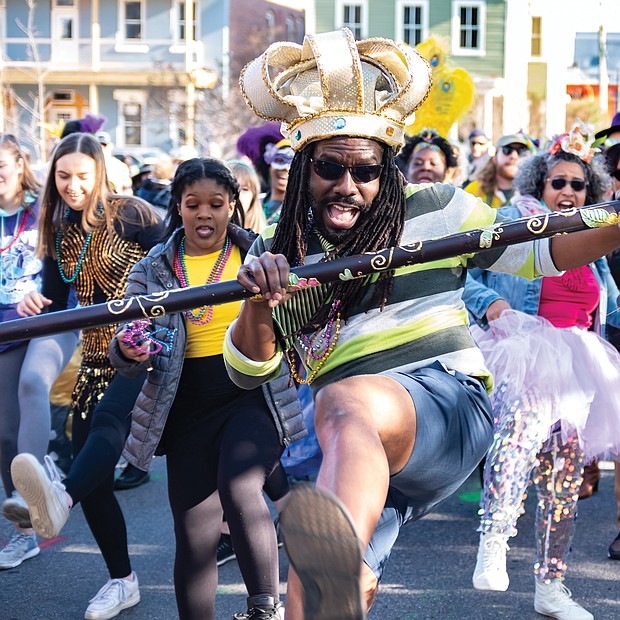 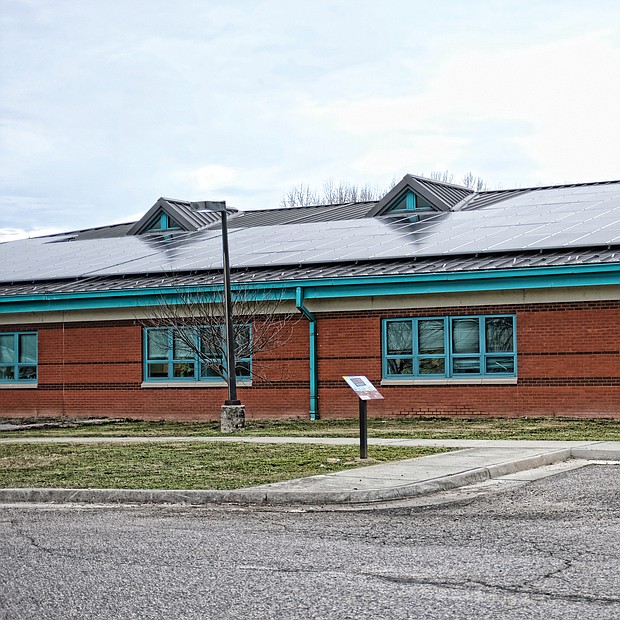 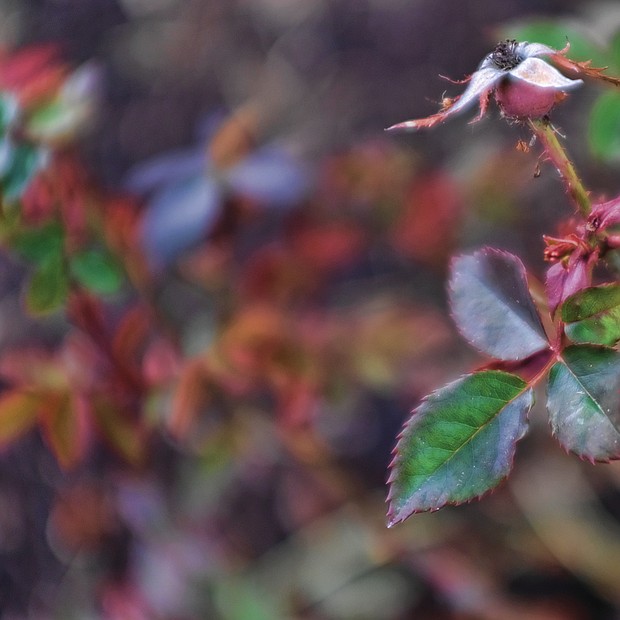 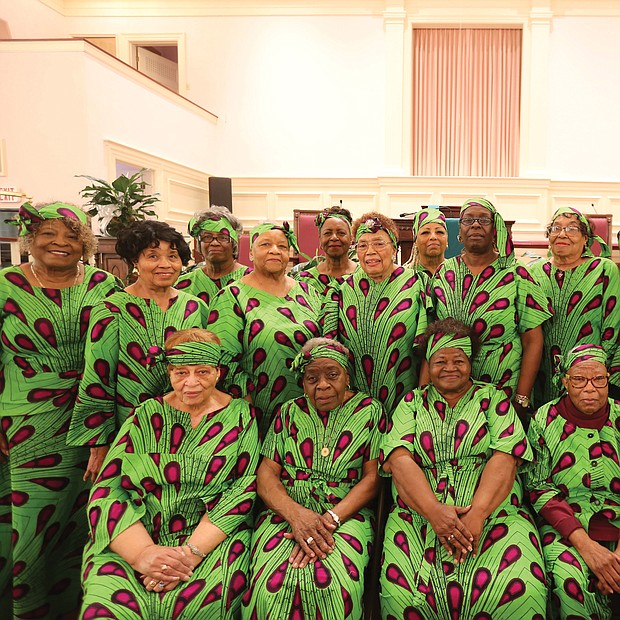 Members of Providence Park Baptist Church’s Seniors Ministry show off their dresses made from West African cloth. The dresses, which feature the ministry’s colors of lime, green and purple, represent a tribute to the members’ African heritage and symbolize their efforts to promote African-American history and culture during February and throughout the year. Joining them last Sunday is Dr. Jerome C. Ross, right, pastor of the church on East Ladies Mile Road in North Side.