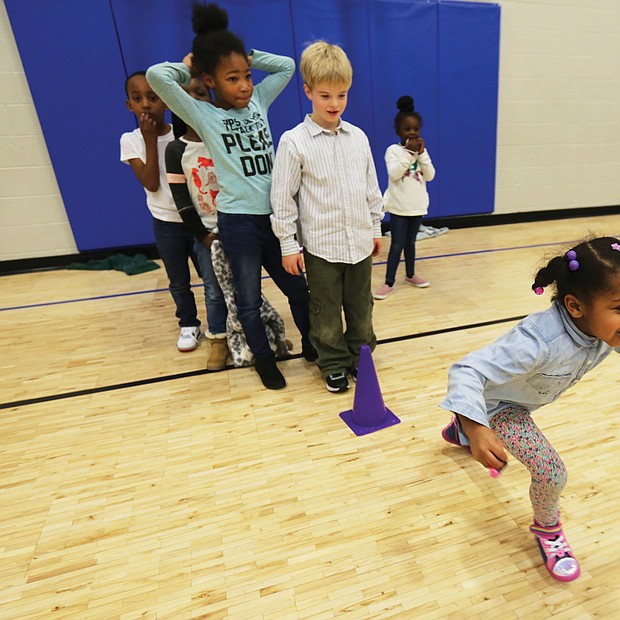 Alani Mason, 6, takes off in a sprint to the finish line during a game Tuesday at the Northside Family YMCA on Old Brook Road. The youngster and her friends in the YMCA after-school program were ready to burn some energy after returning to school this week at the start of a new decade. 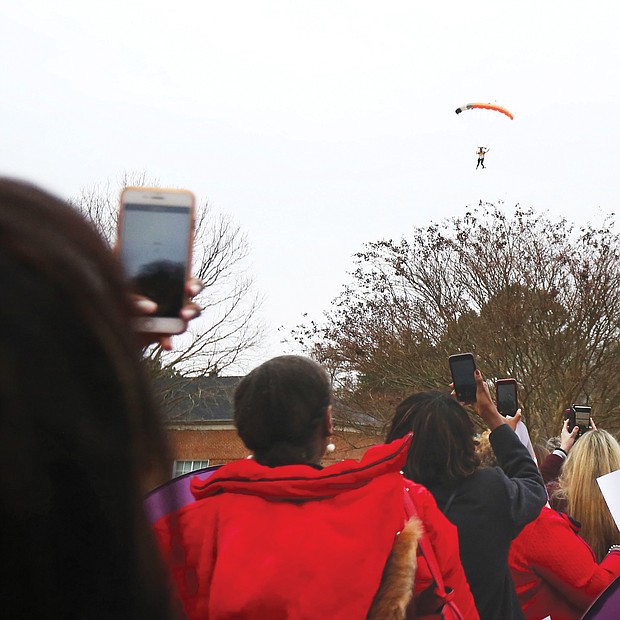 Three members of the Women’s Skydiving Network parachute into Lewis Ginter Botanical Garden Tuesday morning to the clicks of dozens of cell phone cameras as they helped launch the Women’s Equality Legislative Summit. 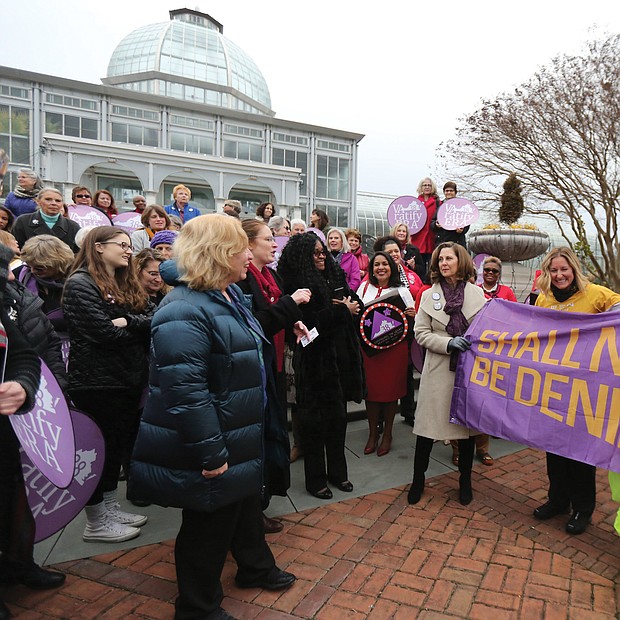 After safely reaching the ground, the jumpers participated in a news conference — with greetings from Virginia First Lady Pam Northam, center — calling for ratification of the Equal Rights Amendment guaranteeing equal rights to people regardless of gender. The summit focused on six areas of legislation to further the cause of equality for women — pay equity; pregnancy; sexual and domestic violence; campus life; incarceration; and the Constitution. If ratified in Virginia, the ERA would reach the 38 states required to be added as an amendment to the U.S. Constitution. It is unclear what Virginia’s approval would mean because the deadline for ratification expired in 1982 and has not been extended or revised. 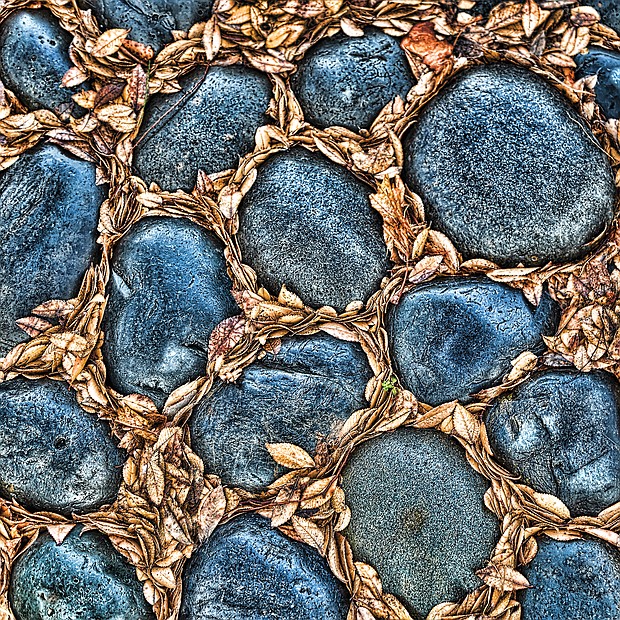 Textured rocks in the West End 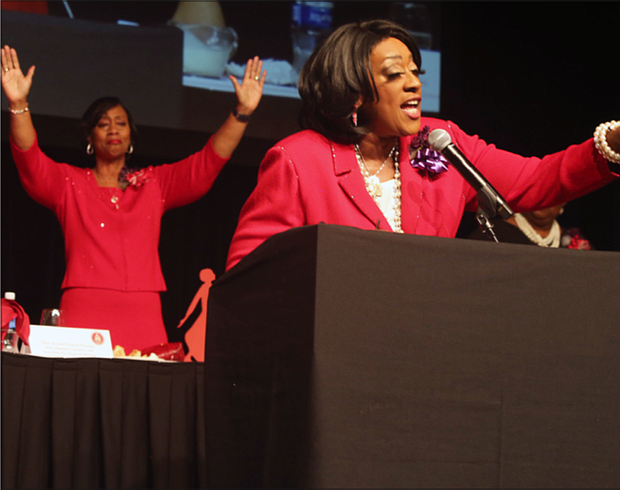 More than 1,700 sorority members from across Virginia attended the luncheon to hear Dr. Boyd, a former national president of the sorority from 2000 to 2004. Known as the sorority’s “technology presi- dent,” she helped launch Project SEE, Science in Everyday Experiences, an initiative funded by a $1.6 million National Science Foundation grant to promote math and science for African-American middle school girls. The event was hosted by the sorority’s Chesterfield Alumnae Chapter. The sorority was ounded Jan. 13, 1913, by 22 women at Howard University. 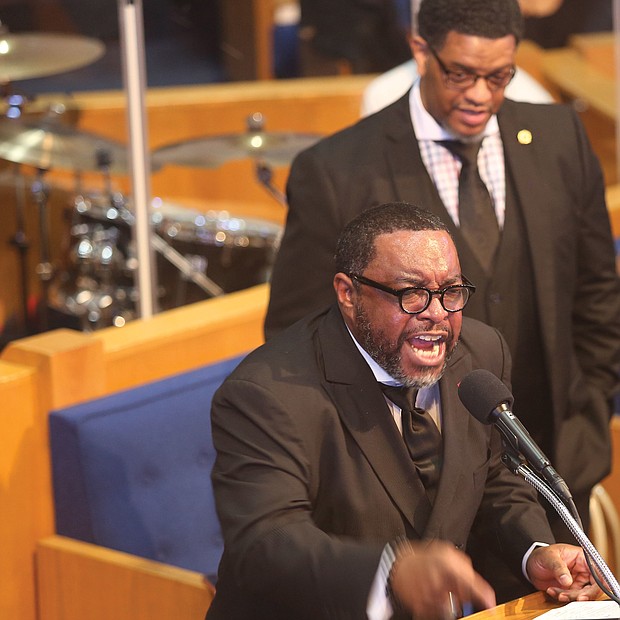 The Rev. Darran Brandon, pastor-elect of First Calvary Baptist Church of Norfolk, challenges his audience of more than 300 people to remain positive and trust that God will enable them to weather current challenges in his address Jan. 1 at the annual Emancipation Proclamation Day Worship Celebration as the Rev. Melvin Shearin of Great Hope Baptist Church stands in support. 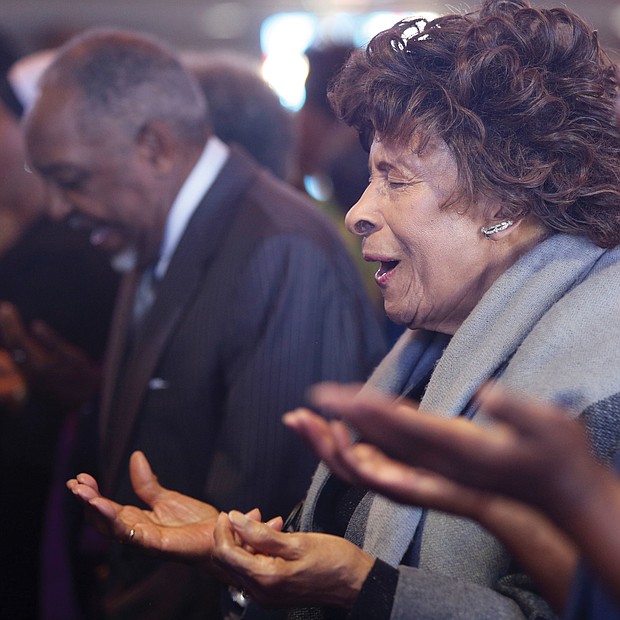 Nellie Crump Thomas prays at the New Year’s Day program at Fifth Baptist Church in the West End. The audience included leaders of Richmond City Council and the School Board, incoming Richmond state Sen. Ghazala Hashmi and other area elected officials. The Baptist Min- isters’ Conference of Richmond and Vicinity, led by the Dr. Emanuel C. Harris, hosts the event to remember the day when President Abraham Lincoln issued his Civil War proclamation on Jan. 1, 1863, freeing slaves in the South. The Rev. Ricardo Brown, co-pastor of Fifth Baptist Church, served as chair of the program that also raises money for area NAACP branches.