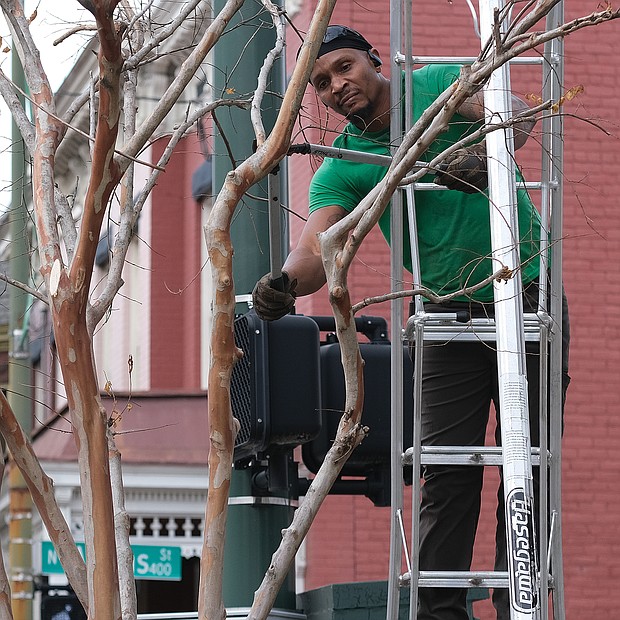 Winter is pruning time, and landscaper George Crump takes advantage of a recent unseasonably warm day to get some pruning done. He is cutting branches of a tree at the corner of Marshall and Adams streets in Jackson Ward. 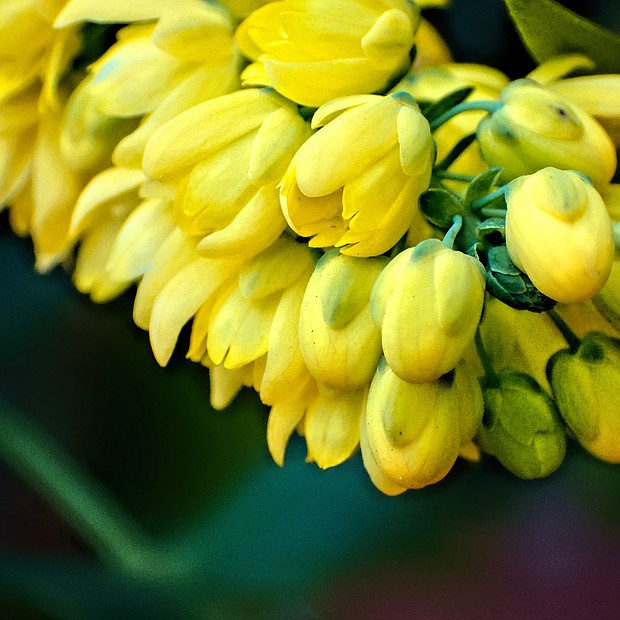 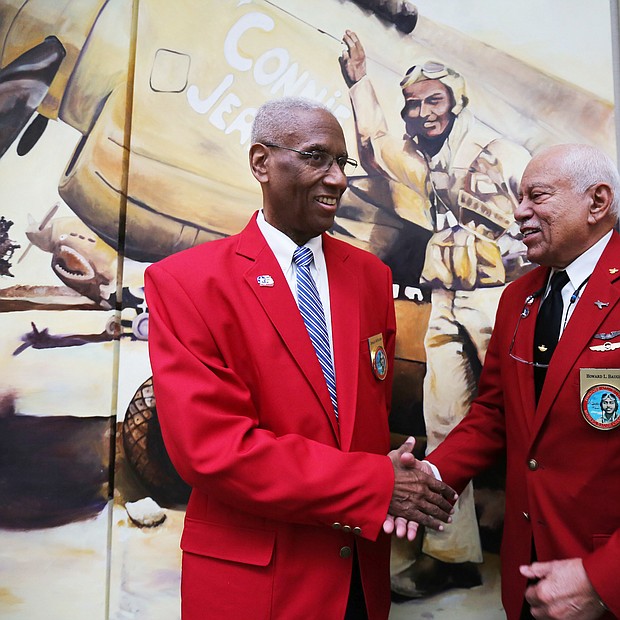 Rep. A. Donald McEachin of Richmond, left, is congratulated by Howard L. Baugh of Portsmouth after the con- gressman was made an honorary Tuskegee Airman during a ceremony last Saturday by the Howard Baugh Chapter of Tuskegee Airmen Inc. in Petersburg. Mr. Baugh is the oldest son of the late Lt. Col. Howard Baugh of Petersburg who was one of the famed airmen of the 99th Pursuit Squadron and the 332nd Fighter Group that escorted bombers on combat missions over Europe during World War II. Lt. Col. Baugh was honored during his lifetime with numerous commendations, including the Distinguished Flying Cross, the Air Medal with three Oak Leaf Clusters and the U.S. Air Force Commendation Medal, along with the French Legion of Honor Award bestowed by the French government. The ceremony was held at the Richmond Executive Airport in Chesterfield County. The Petersburg group is one of 56 Tuskegee Airmen chapters in the United States dedicated to honoring the accomplishments and preserving the legacy of the airmen who trained at the Tuskegee Army Air Field in Alabama.