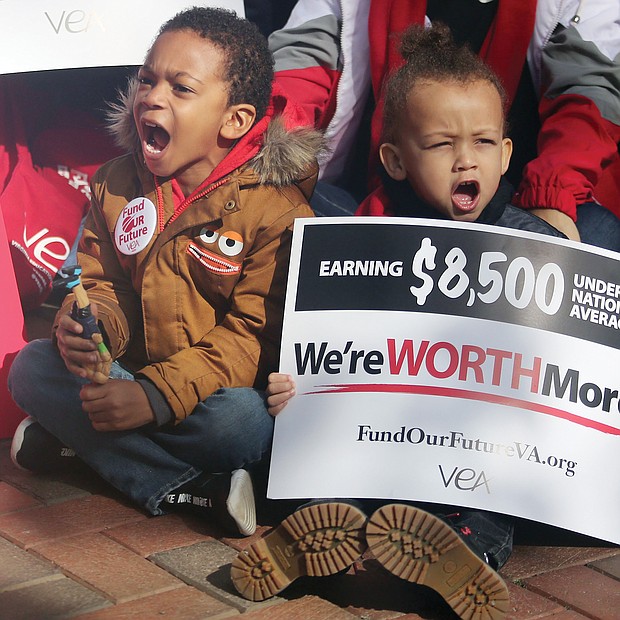 Kenneth Henderson II, 4, left, and Zachary Watters, 3, lend their voices to a rally for more state funding for teachers and public education on Monday at the bell Tower at Capitol Square in Downtown. The youngsters were attending the “Fund Our Future” rally with their mothers, Anasa Johnson and Ashleigh Watters, who are teachers with Richmond Public Schools and Petersburg Public Schools, respectively. 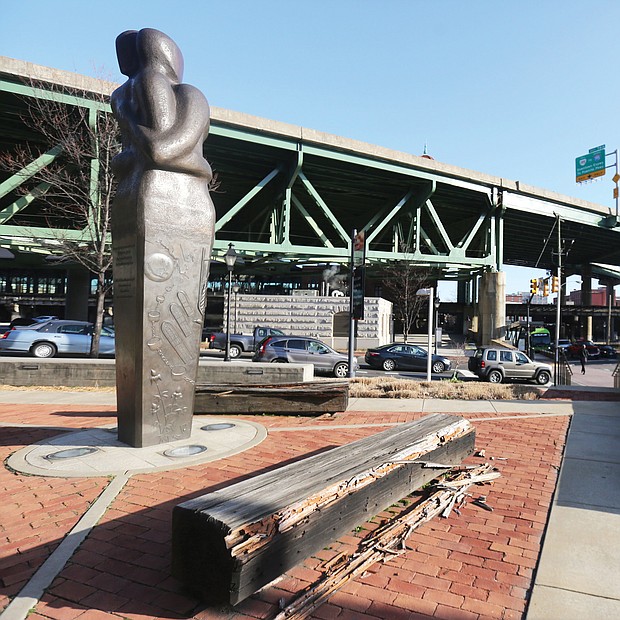 Vandals damaged the two wooden benches Street Station. The benches and statue wereat the Richmond Slavery Reconciliation Statue in Shockoe Bottom. The damage was discovered on Jan. 20, the Martin Luther King Jr. Holiday, following a gun rights demonstration that drew thousands of people to Capitol Square nearby. A Free Press photographer later spotted the problem at the 13-year-old statue site at 15th and Main streets near Main Street Station. The benches and statue were unveiled on March 30, 2007, as part of an international reconciliation project. Identical statues stand in Liverpool, England, a home port for slave ships, and in Contonou, Benin, the port from which many enslaved people were transported to Virginia before the importation of enslaved people was banned in the United States in 1807. 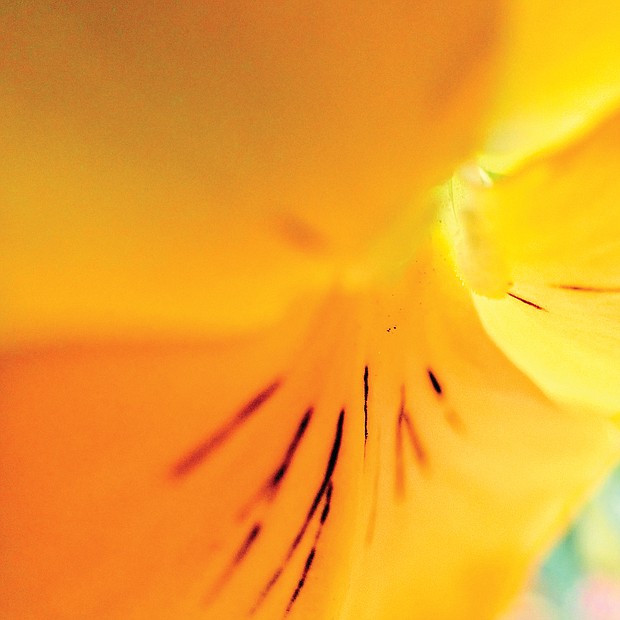