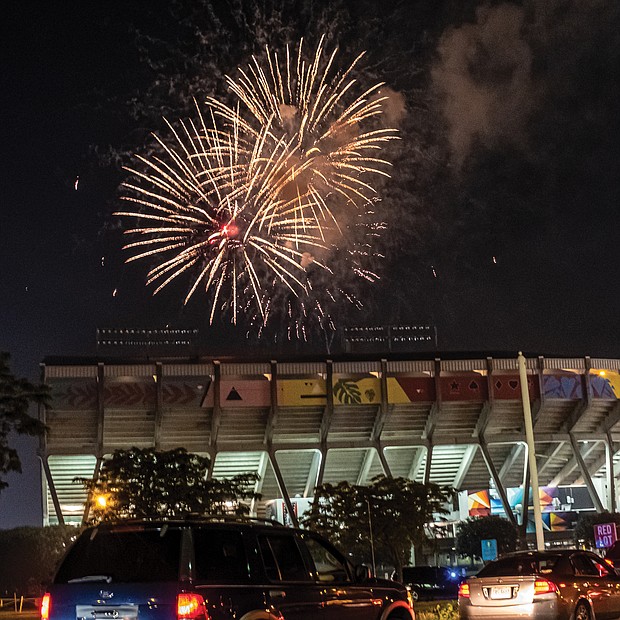 Traffic stops along Arthur Ashe Boulevard last Saturday as drivers and their passengers watch the Fourth of July fireworks display over The Diamond. 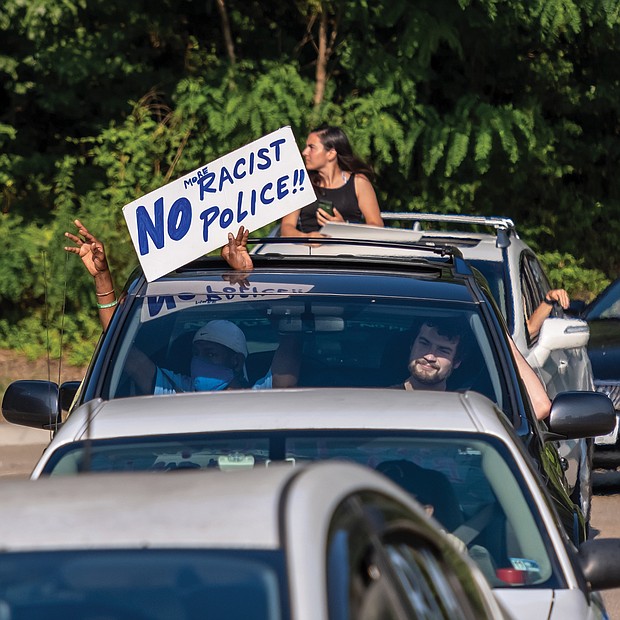 About 100 cars parade along Oliver Hill Way for the “Free Them All Car Rally” on Independence Day outside the Richmond Justice Center. People decorated their vehicles and held signs through sunroofs calling for prison reform and the release of inmates during the COVID-19 pandemic. 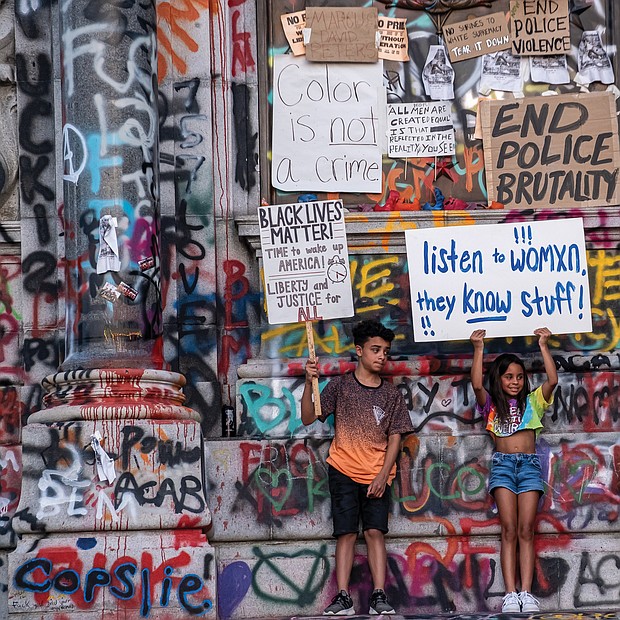 Marcus-David Peters Circle, the newly renamed area on Monument Avenue around the statue of Confederate Gen. Robert E. Lee, takes on a festive atmosphere on the Fourth of July as people pitch tents, grill food and play basketball and soccer to the sounds of a DJ. The base of the statue has become a backdrop for photos by area residents and tourists alike who share messages of hope and critique about a range of issues. 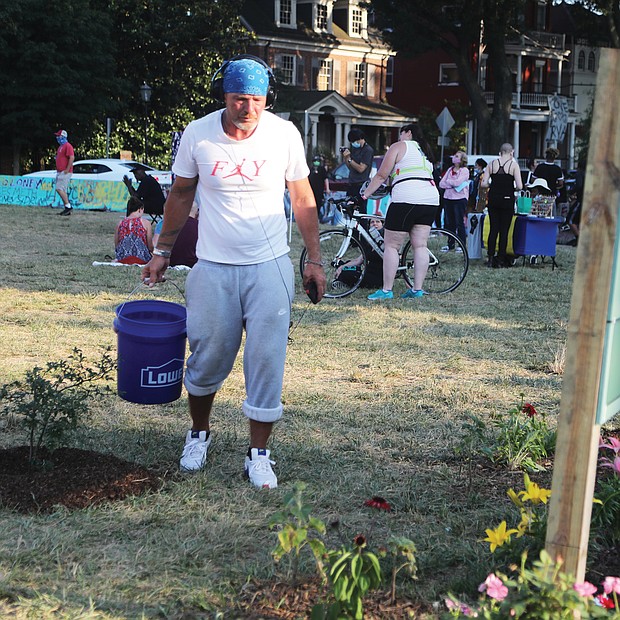 Gary Foley, a regular at the square, waters flowers and tomatoes planted around a sign bearing the circle’s new name given by protesters, Marcus-David Peters Circle, to remember the man killed by a Richmond Police officer in May 2018. 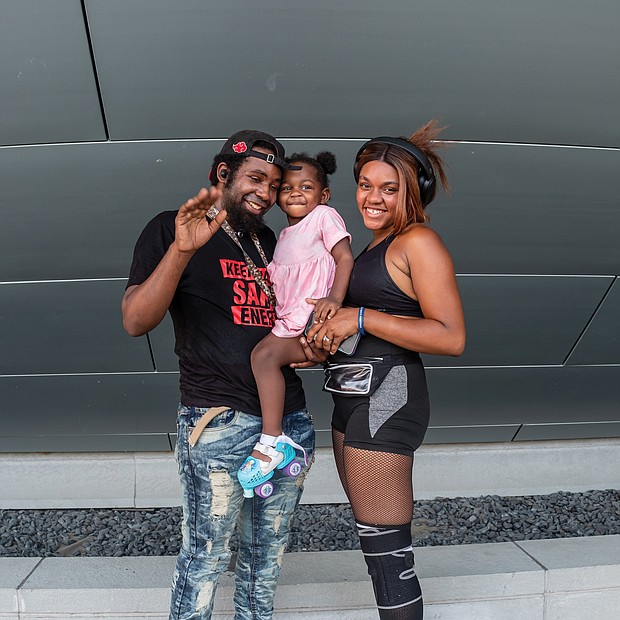 Autumn Bell, 2, takes a brief break from skating to relax with her mom and dad. The youngster was with her parents, DeMarius Thomas and Brinnay Bell, on July Fourth outside Virginia Commonwealth University’s Institute for Contemporary Art in Downtown. 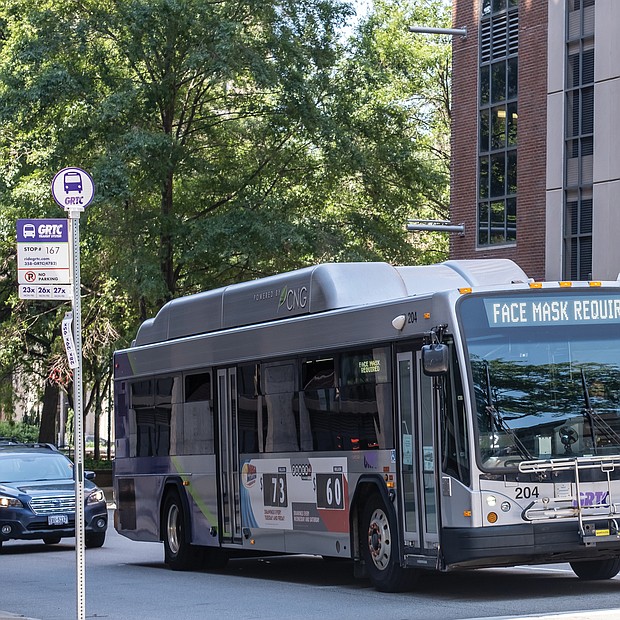 The message is right up front on this GRTC bus, spelling out the new requirement for all riders – a face mask. More than four months into the pandemic — and with 14 employees, including 13 drivers, testing positive for COVID-19 — GRTC imposed the requirement for passengers and drivers to wear a face mask. The company dropped all fares in March and expects to continue the free rides at least through next June. Drivers are allowed to bypass would-be passengers who are not masked. The transit company has acknowledged that it has no means to enforce the rule after passengers board, but hopes they recognize the common sense of wearing a mask to help reduce the spread of the coronavirus. 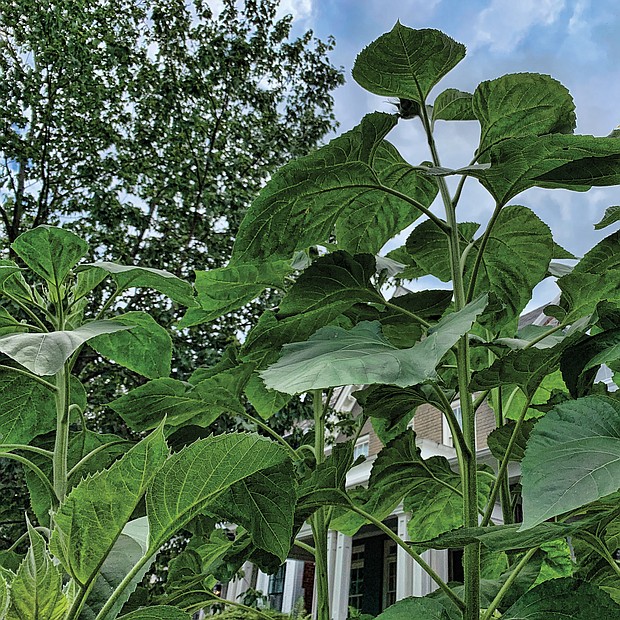 Sunflower in the West End 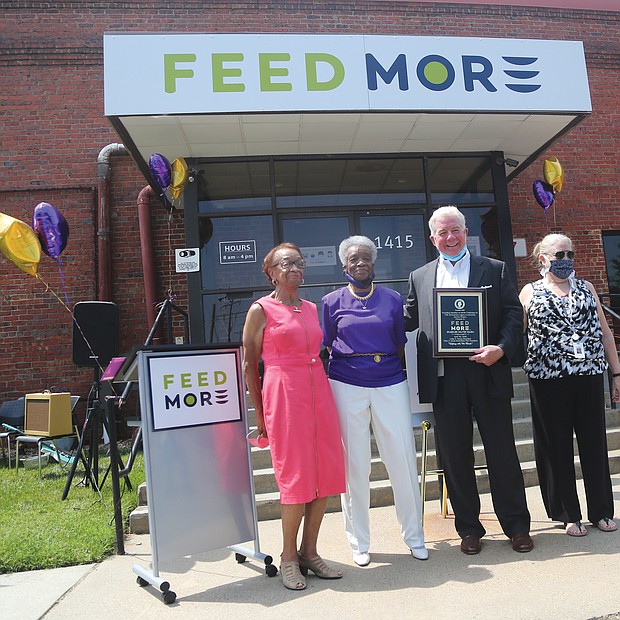 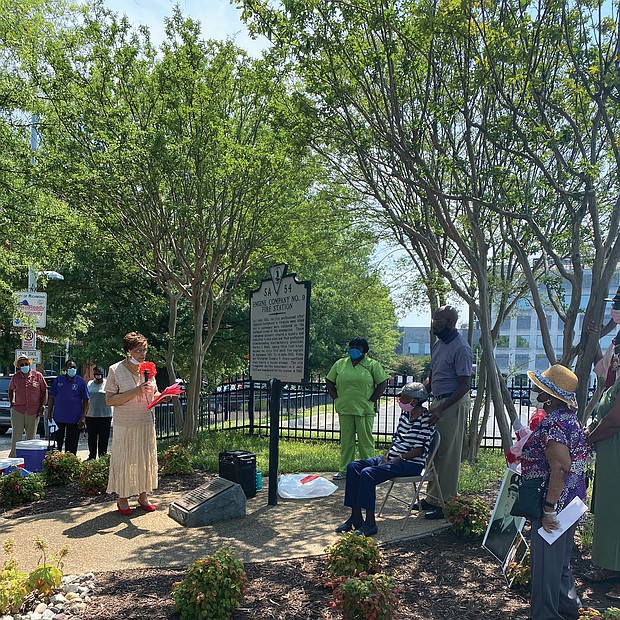 Betty Squire, president of Engine Company No. 9 & Associates, leads a ceremony marking the 70th anniversary of the hiring of the first African- American firefighters by the City of Richmond on July 1, 1950. The ceremony was held Sunday by the historical marker at 5th and Duval streets near the site of the engine company’s station. The city integrated the fire department on July 6, 1963, and demolished the station in 1968. About 40 people attended the event, including relatives of the trailblazing firefighters.