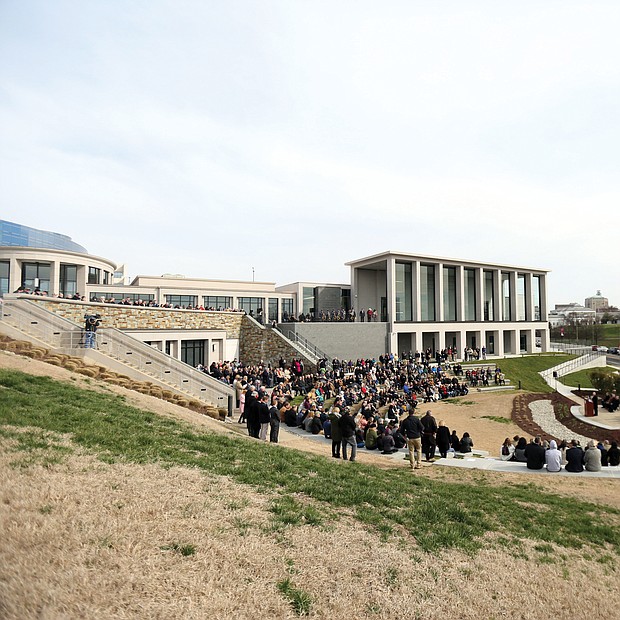 Hundreds of people gather for the dedication and grand opening of the $25 million addition to the Virginia War Memorial that honors those who gave their lives in military service. The ceremony, held last Saturday at the war memorial at 621 S. Belvidere St., featured retired Gen. John P. Jumper of Spotsylvania, former chief of staff of the U.S. Air Force, as the keynote speaker. The expansion project took two years to complete and includes the new C. Kenneth Wright Pavilion, a 25,000-square-foot building, and an expanded Shrine of Memory listing the names of those killed in the wars in Afghanistan, Iraq and other recent military actions. The facility has a new exhibit hall, art gallery and research library, as well as a 350-seat auditorium. The expansion also provides room for the Virginia Medal of Honor Gallery and created an additional 128 parking spaces in a new underground parking deck. 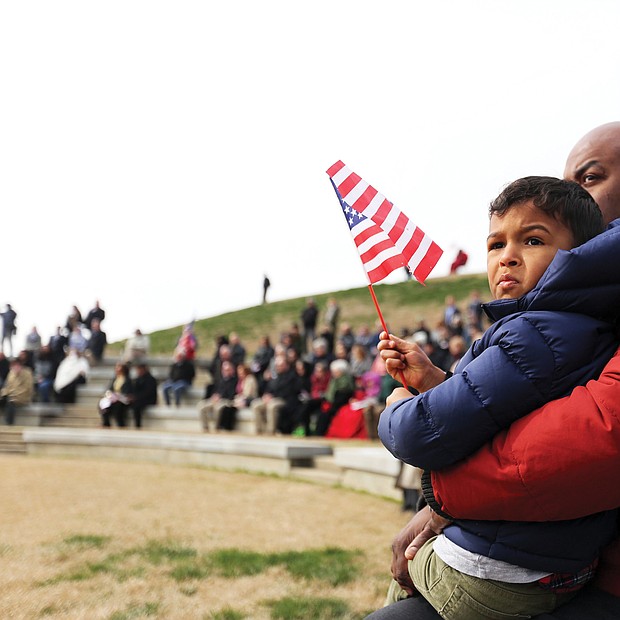 Among those attending the ceremony were Antoine Ransom and his 4-year-old son, Mason, whose cousin, Air Force Maj. Charles A. Ransom of Midlothian, was killed in 2011 during Operation Endur- ing Freedom in Kabul, Afghanistan. 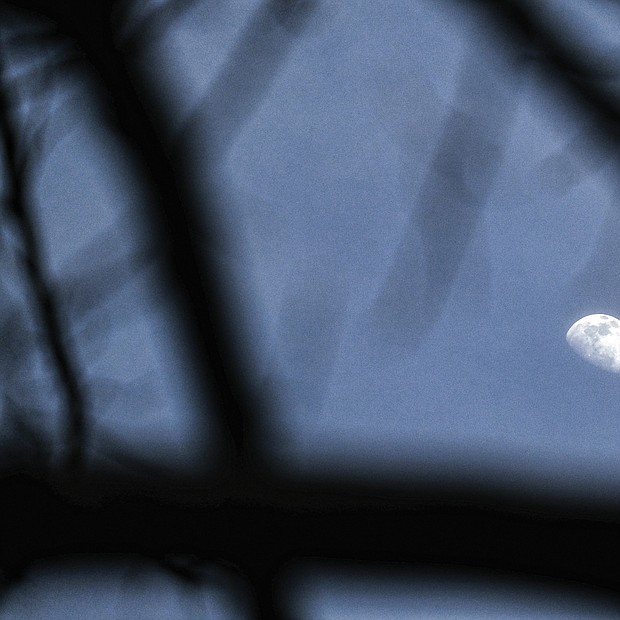 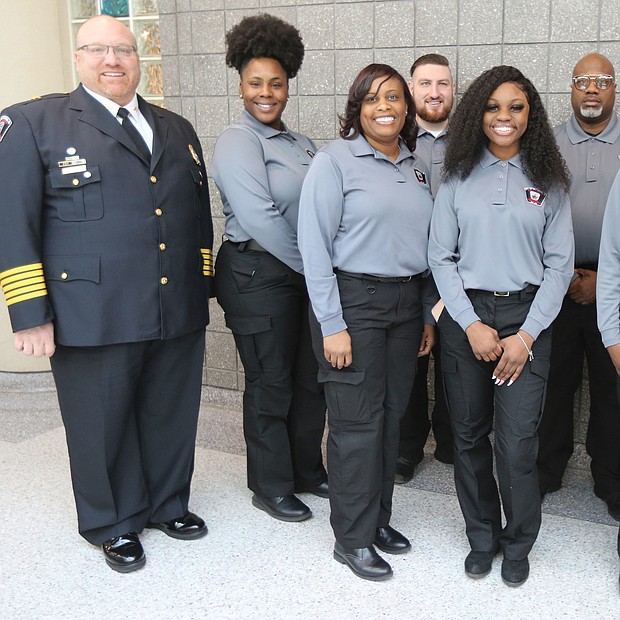 Seven new graduates of the Richmond Department of Emergency Communications’ 33rd Basic Dispatch Academy celebrate after a ceremony last Friday at the Richmond Police Training Academy. The new graduates are, from left, Stephanie Z. Franklin, Kyna Meadows, Joseph Kearns, Zakiya St. Dic, Woody Winborn, Safiyyah Muslima Bint Abdul Malik and Justin Fleming. They are flanked at left by Stephen M. Willoughby, director of the Department of Emergency Communications, and at right by Ortoria Hymons, the department’s acting training supervisor. The graduates began their training on Jan. 6 with classroom sessions on dispatch procedures, public safety terminology, handling difficult callers and active shooter situations and fires, and various policies and procedures. They practiced answering 911 emergency calls, rode along with Richmond Police officers and passed several tests to make it to graduation. Now they must complete hundreds of hours of on-the-job training before they can work independently taking 911 calls and dispatching help. 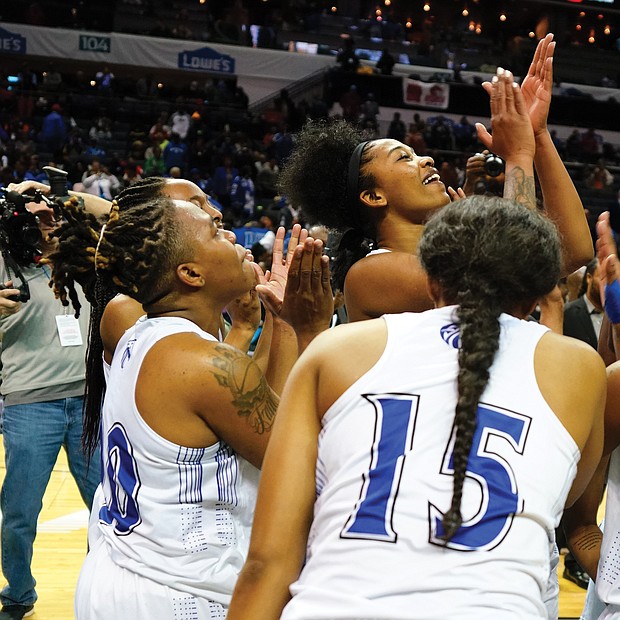 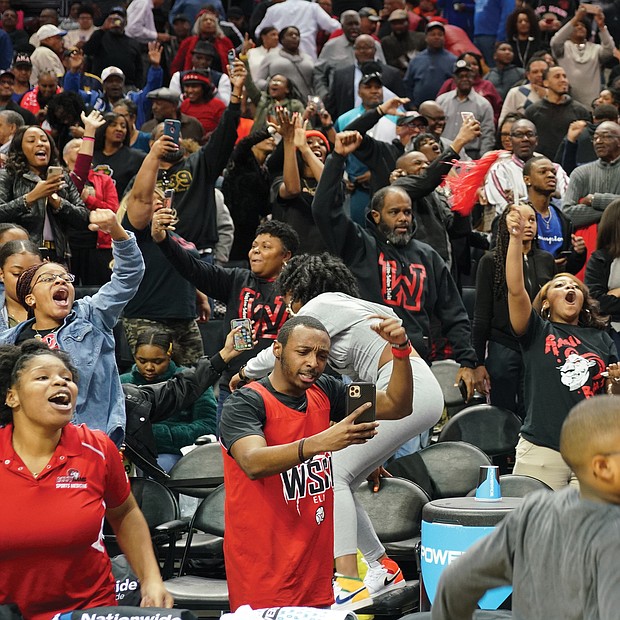 Rams fans raise the roof at the Spectrum Center in Charlotte, N.C., as the Winston-Salem State team pulls out a victory in the final minutes of the championship game. 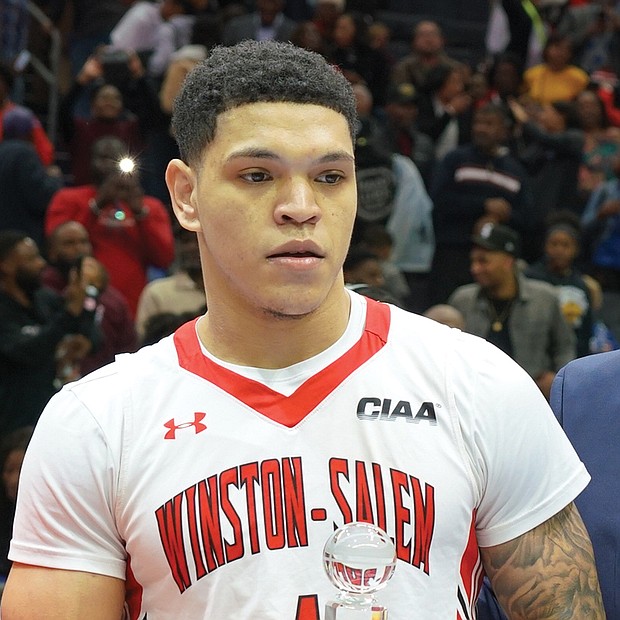 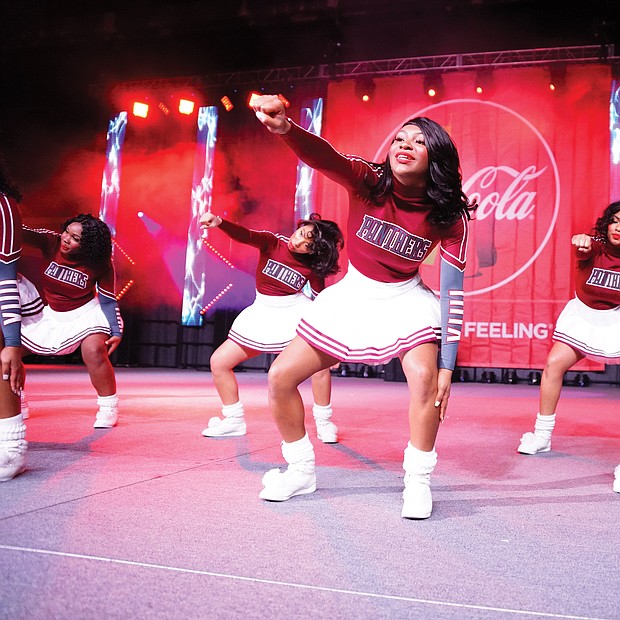 The Virginia Union University Rah Rahs show off their moves during the tournament’s cheerleading competition. 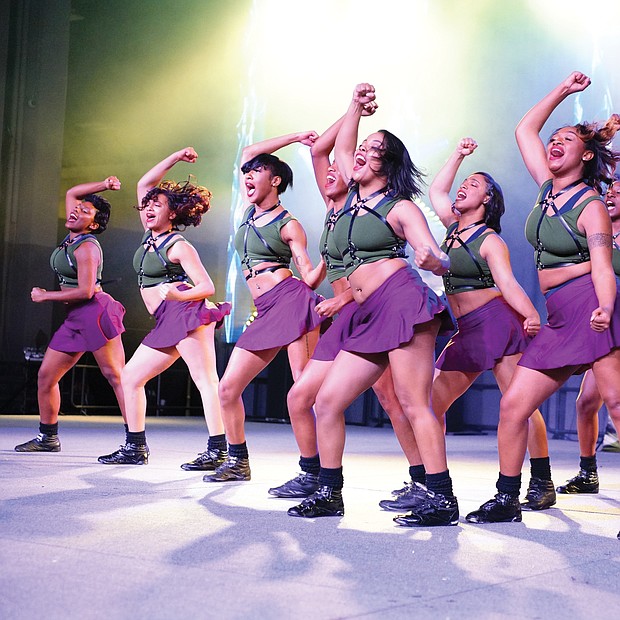 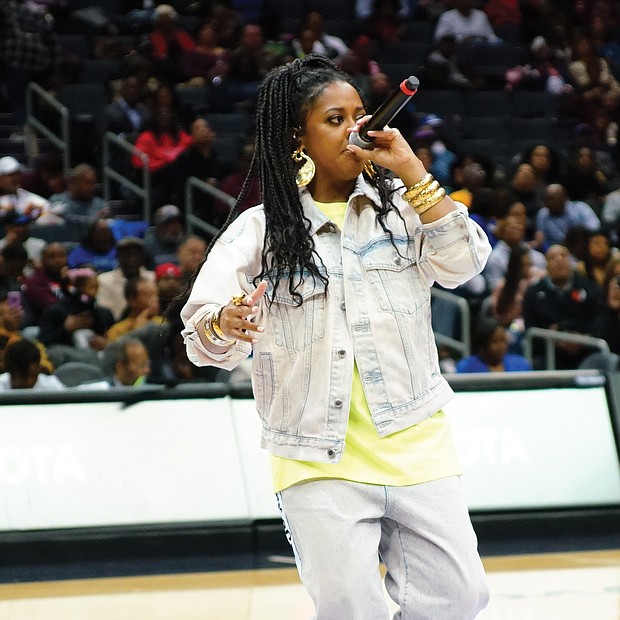 Rapper Rapsody throws down a solid groove during halftime of the men’s final. 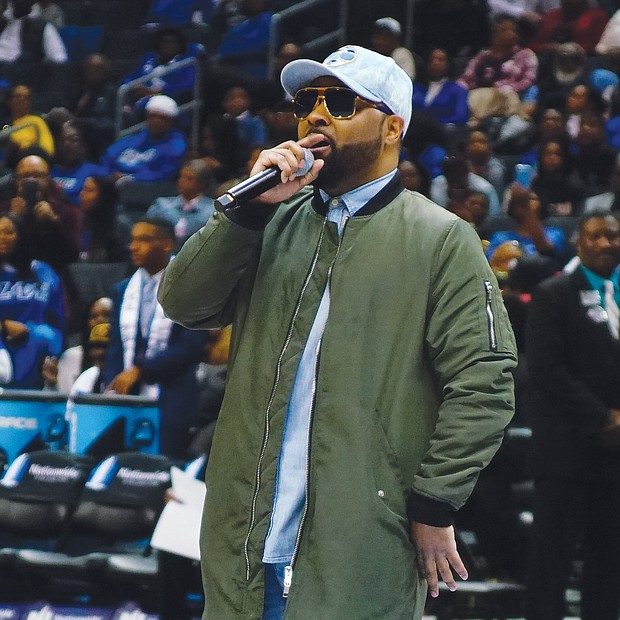 Musiq Soulchild turns it up during the women’s game halftime before an appreciative crowd of more than 8,000 fans at the Spectrum Center. 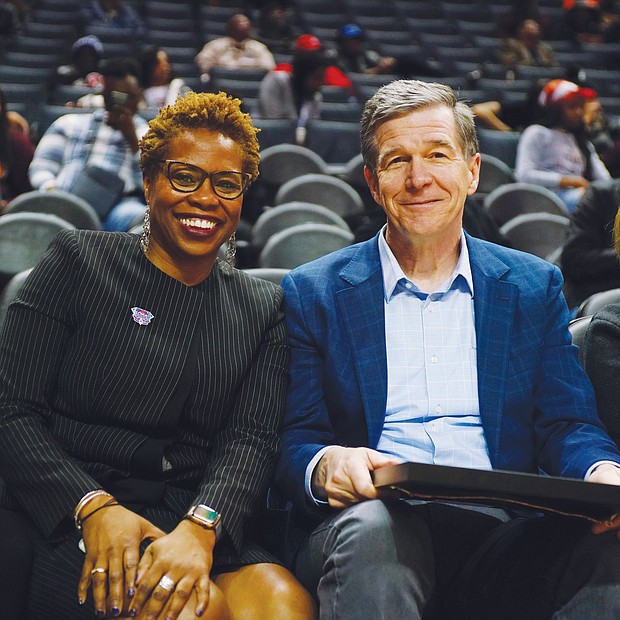 CIAA Commissioner Jacqueline McWilliams and North Carolina Gov. Roy Cooper are on the sidelines at the Spectrum Center during the tournament. The CIAA was celebrating its 75th anniversary this year.