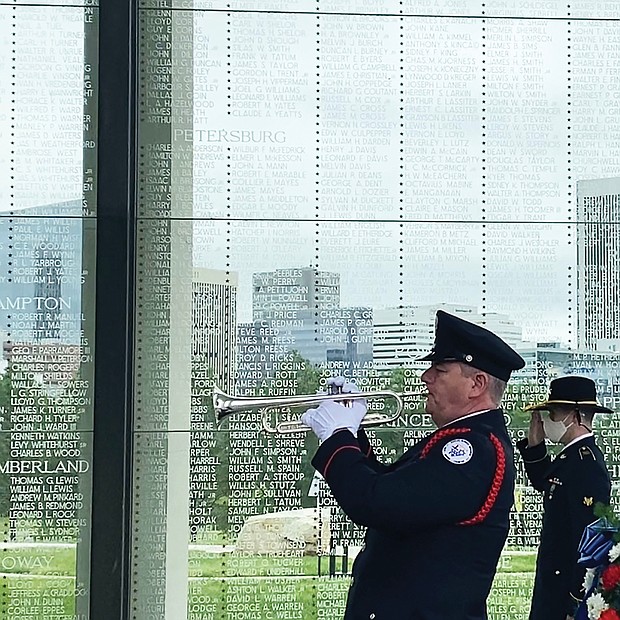 Carlos Hopkins, right, state secretary of Veterans and Defense Affairs, puts his hand over his heart as bugler John Blair of Chesterfield County plays “Taps” and Specialist Neil Miller of Suffolk salutes during the state’s annual Memorial Day Ceremony honoring Virginia’s war dead. The ceremony, held Monday at the Virginia War Memorial on South Belvidere Street in Downtown, was closed to the public this year because of the coronavirus. However, the half-hour ceremony was broadcast on television and livestreamed on the Facebook pages of the Virginia War Memorial and Virginia Veterans Services. The grounds of the memorial and the shrine listing the names of the men and women from Virginia who have died in service to the nation were open to visitors. 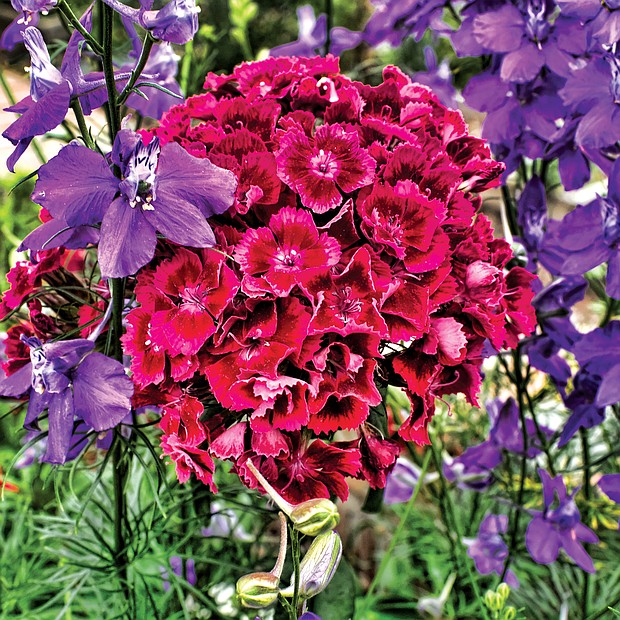 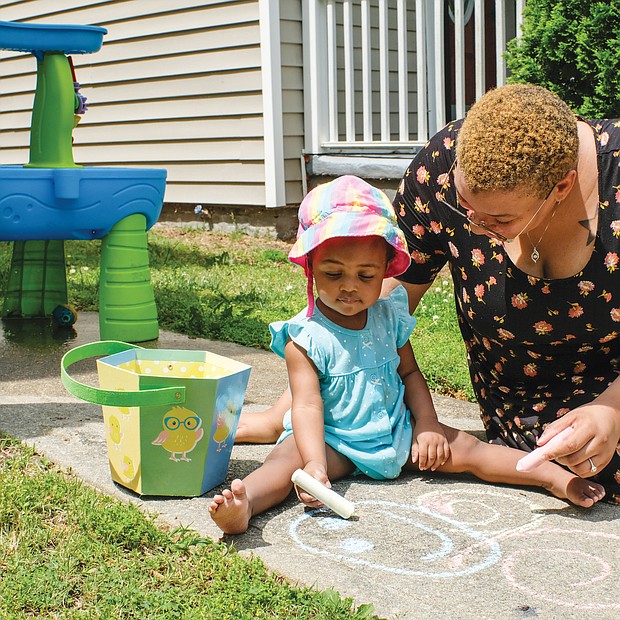