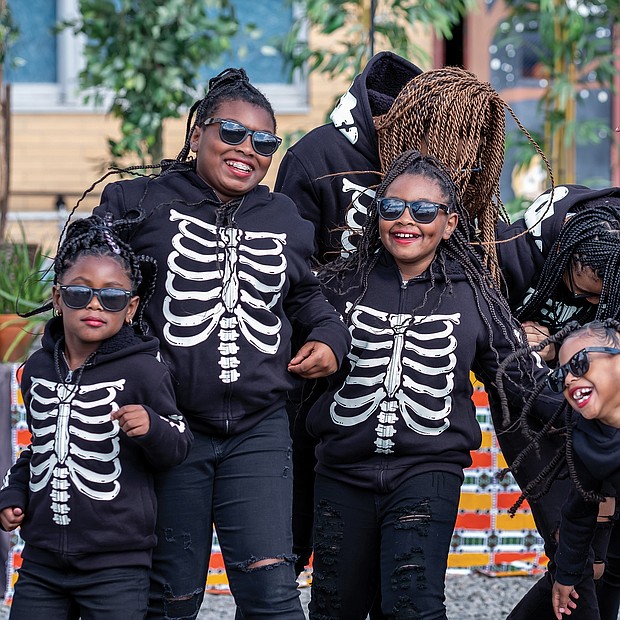 Members of the Diamonds of Essence Dancers have fun as they perform on Halloween during the Black Coalition of Change Justice Rally to Unify and Empower the black Community. The event, held in Church Hill and sponsored by a coalition of groups, had a festival atmosphere with music, dancing, food and vendors. 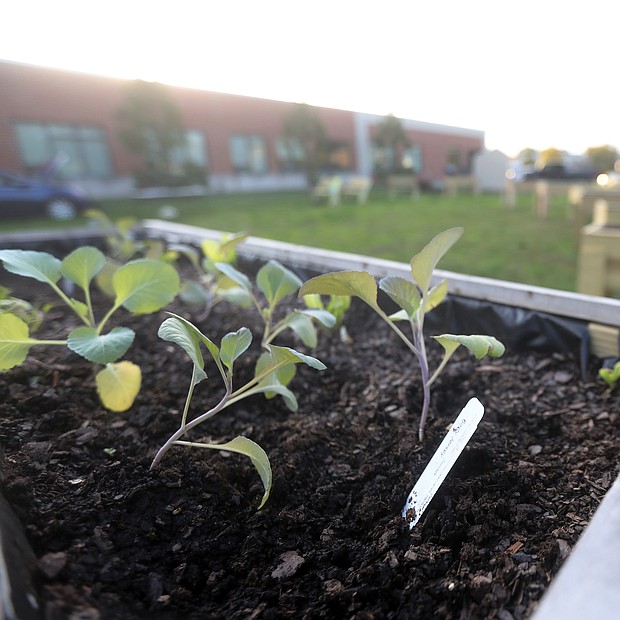 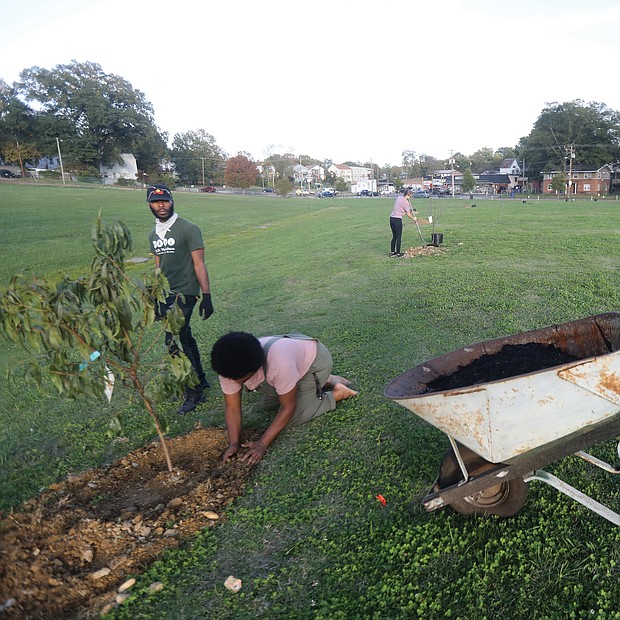 Community activist Arthur L. Burton wheels a load of dirt to a newly planted fruit tree that Omari Al-Qaddafi, left, and Victoria “V” Lynn planted as part of a mini-orchard. They were among 25 volunteers from Community Unity in Action, a coalition of public and private groups, who worked Oct. 23 to develop the prototype for gardens to be developed in other locations. A leader in the coalition, Mr. Burton has been at the forefront of creating in Richmond a food justice corridor of community gardens to expand access to healthy food. He also has been a top advocate for making urban agriculture a centerpiece for uplifting the health and economic prospects for residents of low income sections of Richmond. The goal of these gardens is develop a healthy space, boost nutritional education for students and residents, improve residents’ well-being and enable those on the low end of the economic scale to become more self-sufficient. 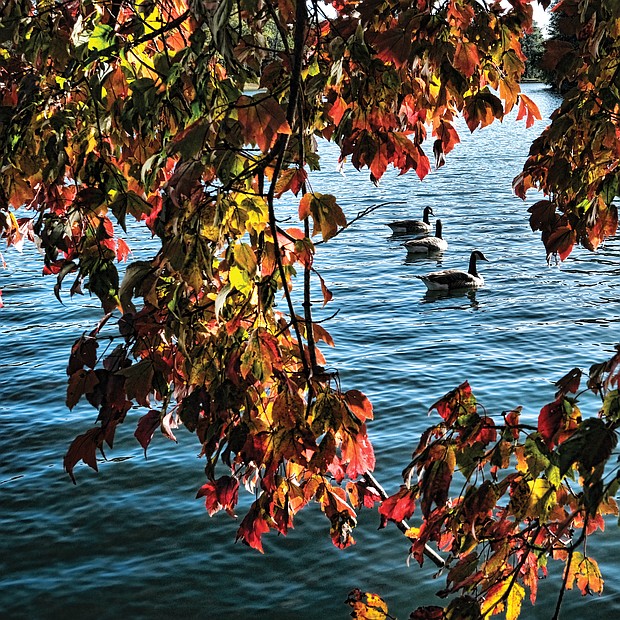 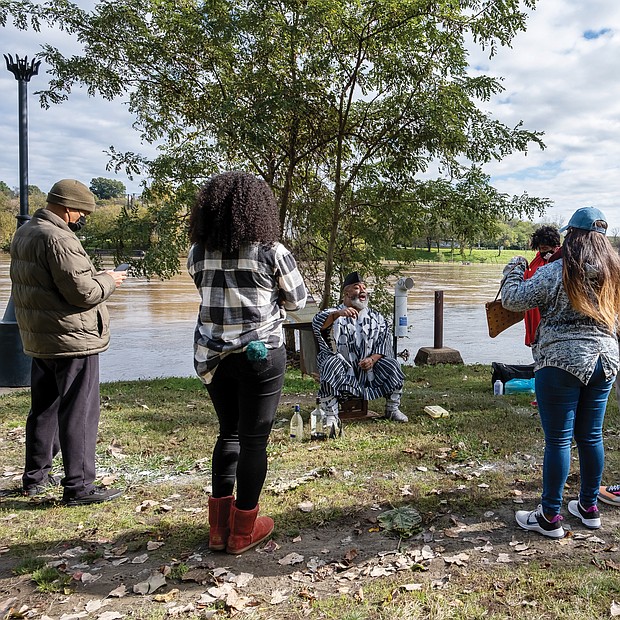 Olumfemi Barka Shepsu, center, pours libation in honor of the ancestors last Saturday at Manchester Docks in South Richmond, where enslaved Africans were brought to Virginia before the end of the Civil War. The event was the first annual Ancestral Commemoration held by the Richmond Association of Black Social Workers to help heal the wounds of enslavement and to rebuild the Black family. 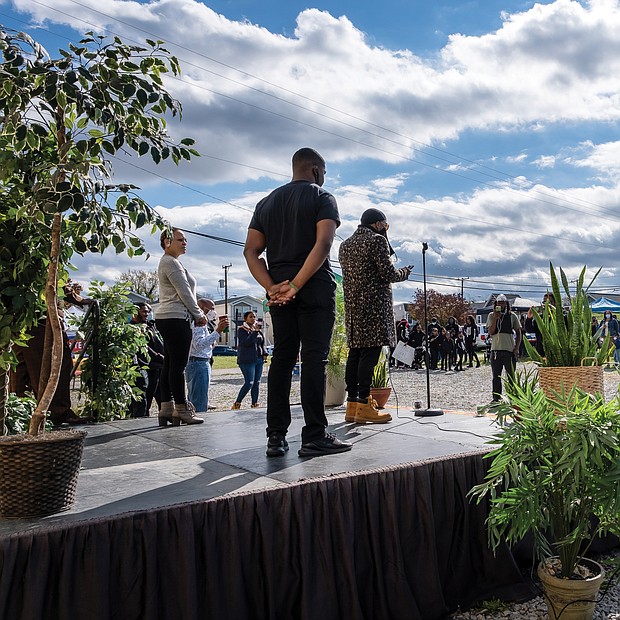 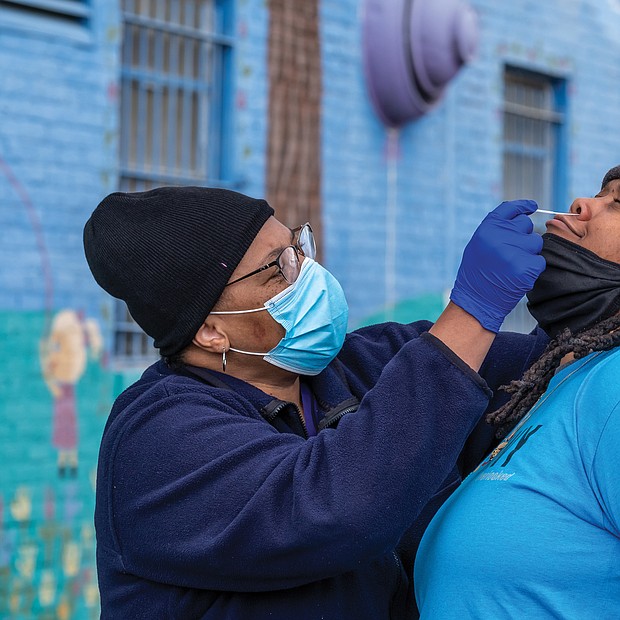 With the current global health crisis and its disproportionate impact on the Black and brown community, free COVID-19 testing also was available at the Black Coalition of Change Justice Rally to Unify and Empower the Black Community. Cherrie McLean takes a nasal swab from an attendee during the testing.