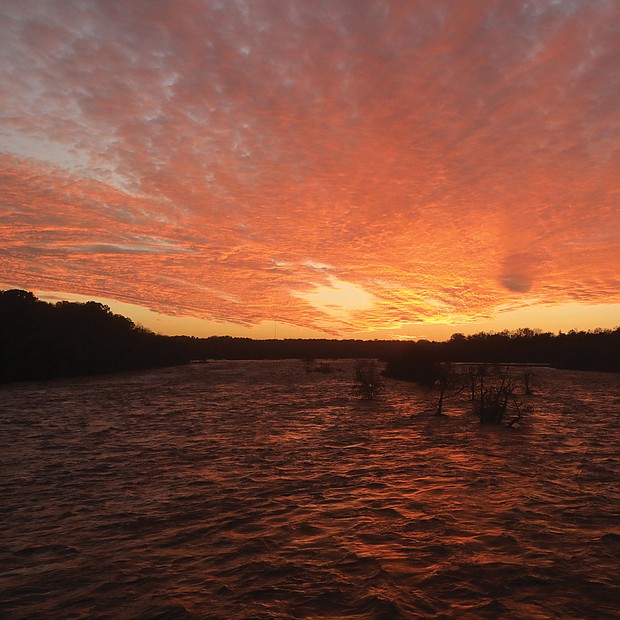 Sunset over the James River 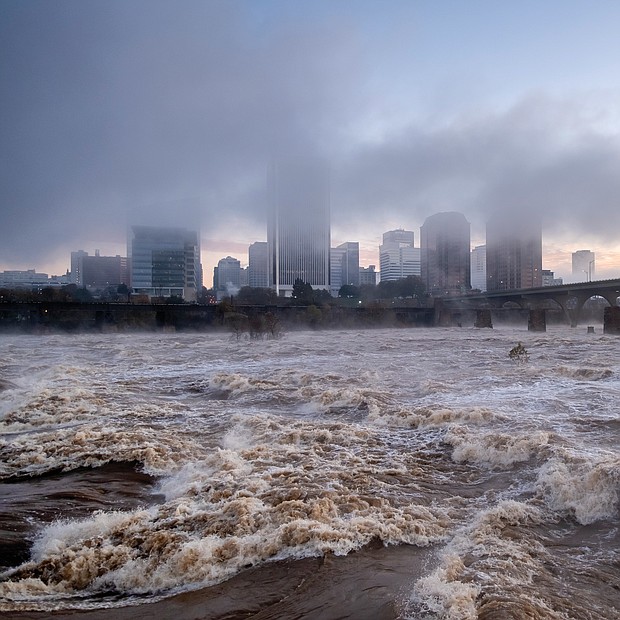 These photos offer a view of the James River as it roared through Richmond last weekend after two days of heavy rain, swelling it to its highest levels in two decades. In Downtown, the river crested near 18 feet on Nov. 13 and 14, according to the U.S. Geological Survey, which monitors the river’s daily flow. 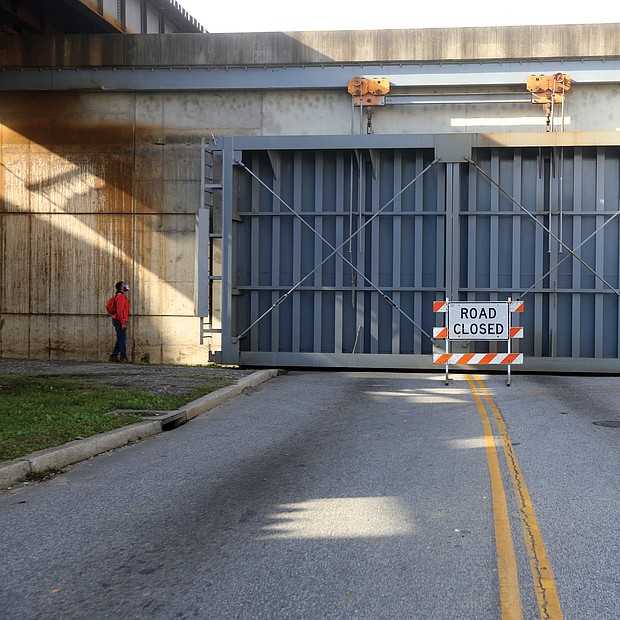 On Thursday, Nov. 12, as the river began to rise quickly, the city Department of Public Utilities closed two gates in the floodwall — at Dock Street and at Brander Street — for the first time since 1999 to protect Shockoe Bottom. 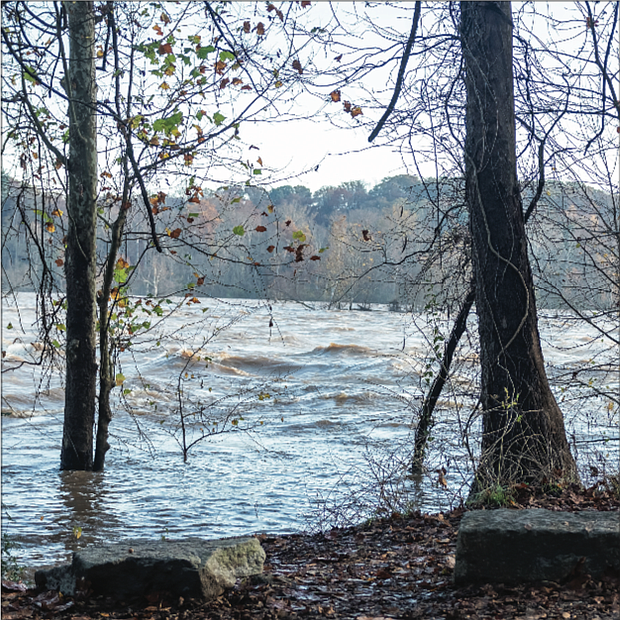 Near Rocketts Landing to the east of Downtown, the surging river flooded an unprotected section of the Virginia Capital Trail. 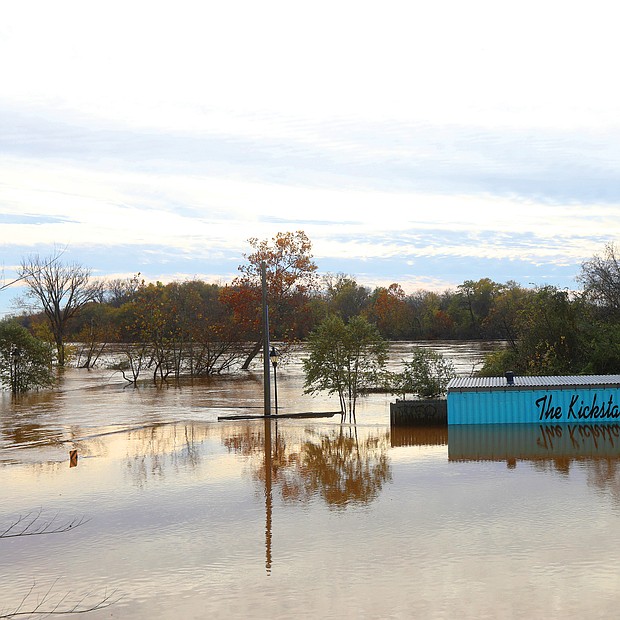 The river’s surge was fueled by the 4 to 8 inches of rain that slammed upstream sections of river to the west on Nov. 11 and 12, according to the National Weather Service. That amount of rainfall was well above the nearly 2 inches of rain recorded on Richmond gauges. One inch of rain equals about 10 inches of snow. As of Tuesday, the flood gates were open again as the James River had receded and was running below 3 feet at the Downtown city locks, the USGS reported. 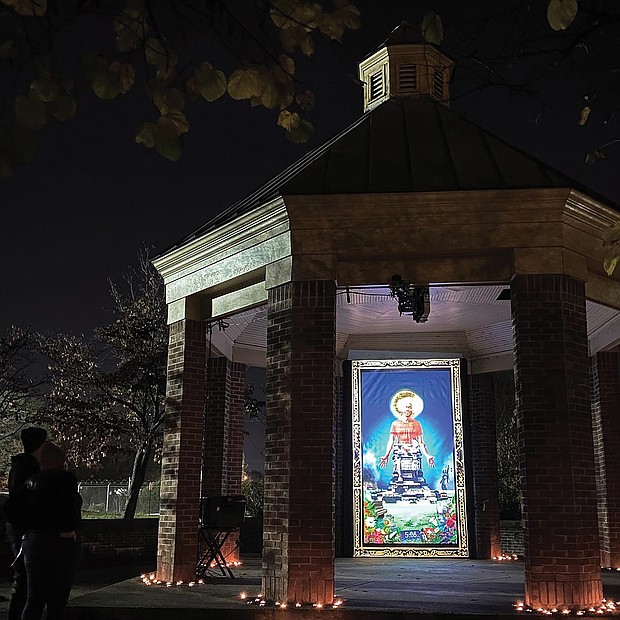 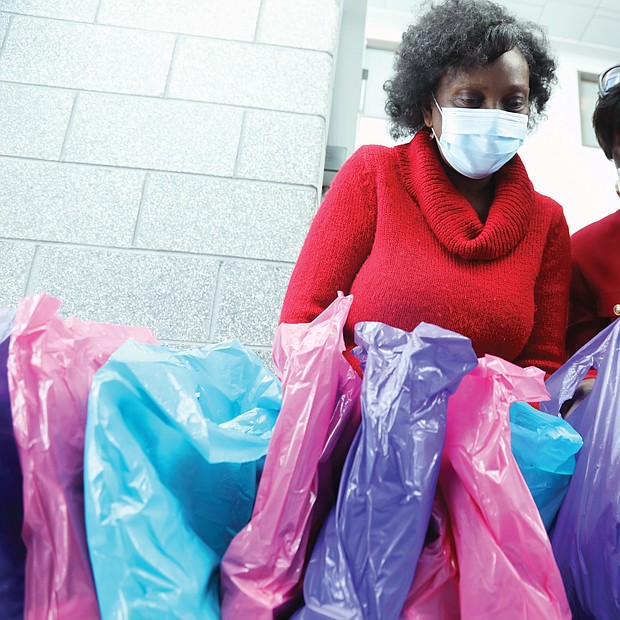 Bonita Grant and Edna Rodwell, members of the Richmond Metropolitan Chapter of The Charmettes, arrange a table of more than 135 gift bags for GRTC drivers Tuesday at the transit company’s headquarters on Belt Boulevard in South Side. The women’s organization, under the leadership of chapter President Pamela Smith, wanted to show its appreciation for the hard work and service of bus operators who have been on the front lines during the COVID-19 pandemic. They provided bags filled with essential items such as masks, hand sanitizer and bottled water for drivers to pick up as they arrived for work or left after their shifts. A sign on the table read: “Thank you for your strength during these difficult times and all you do to serve others.” 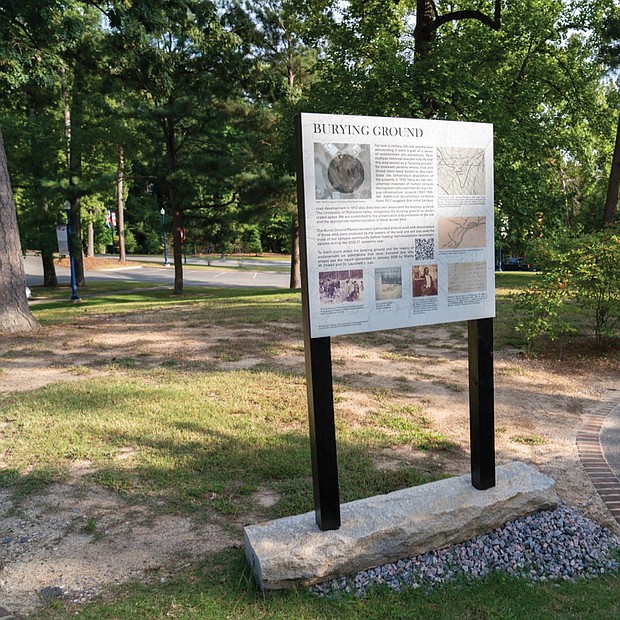 A temporary sign at the University of Richmond now marks the Westham Burial Ground for enslaved people who worked on a plantation that became the campus. The signs tell what is known about the people, the burial site and its desecration and details the university’s plans to memorialize it. Shelby Driskill, a UR graduate researcher, is credited with the initial study that brought the site to public attention. Noted historian Dr. Lauranett Lee and Ms. Driskill are leading UR’s commemorative initiative and have produced a comprehensive report to assist in that effort.