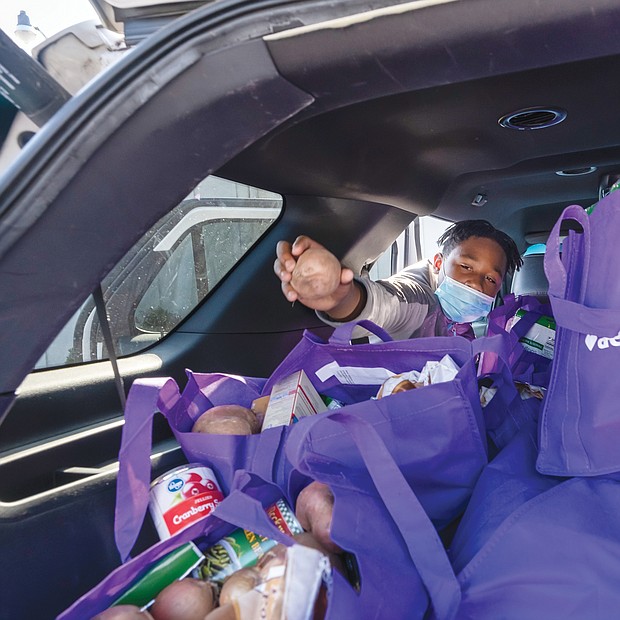 Ronald Jackson, 12, was among the volunteers who helped load cars, trucks and vans last Saturday with meals for veterans, seniors and families for Thanksgiving. The event at the Military Retirees Club in North Side was led by Richmond City Councilwoman Ellen F. Robertson, and was one of several food giveaways and feeding programs set up around the holiday. The young man attended the event with his mother, Tanya Jackson. 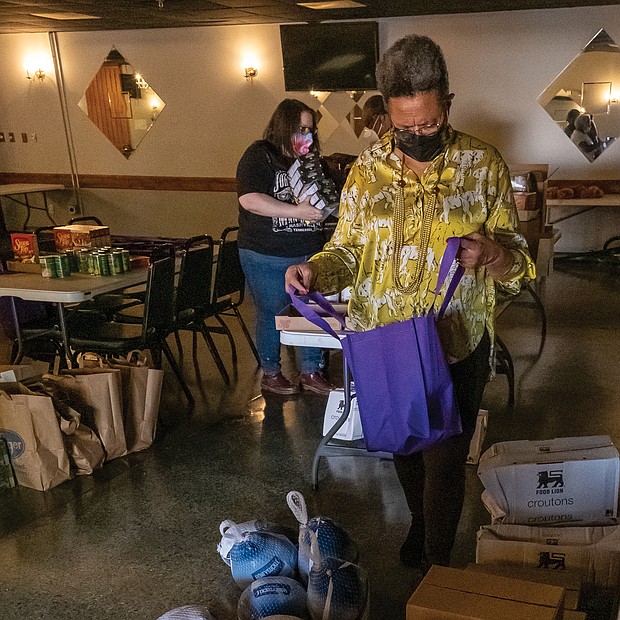 Thanksgiving is a time of gratitude and sharing the bounty of blessings with others. Richmond City Councilwoman Ellen F. Robertson, above, helps volunteers pack Thanksgiving baskets and bags for area veterans, seniors and families at an event last Saturday she led at the Military Retirees Club in North Side. 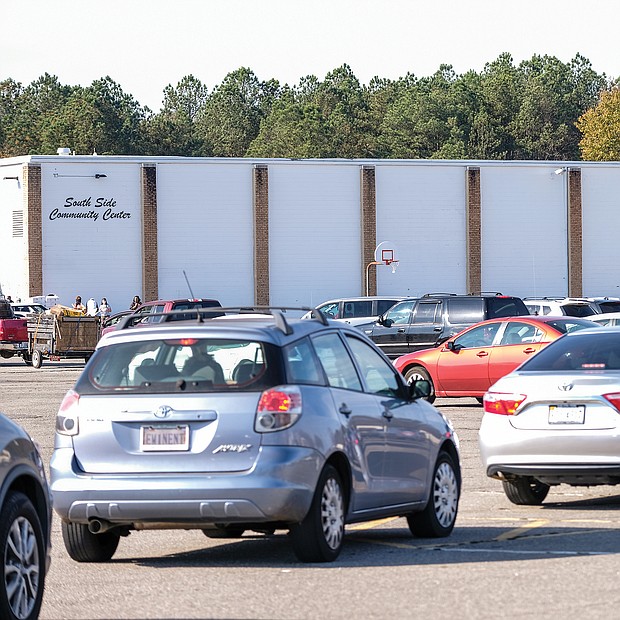 In South Side on Saturday, a long line of drivers waited at the Southside Community Center on Old Warwick Road for turkeys and other food at the 3rd Annual Turkey Give-Away sponsored by City Councilman Michael Jones. 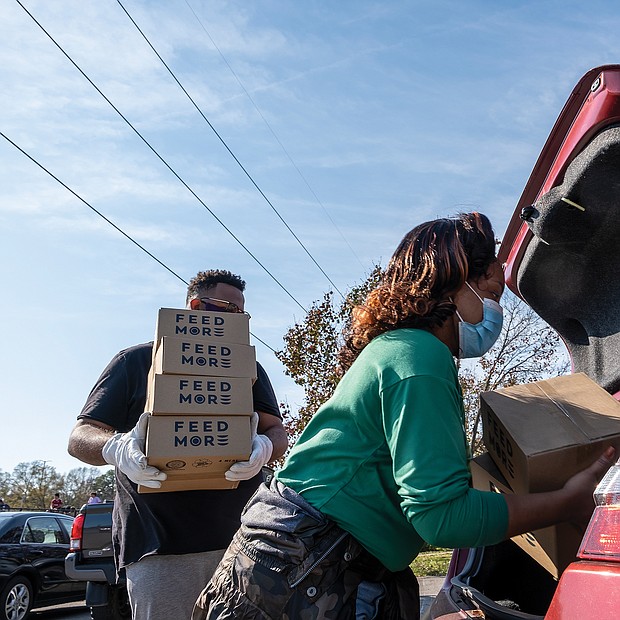 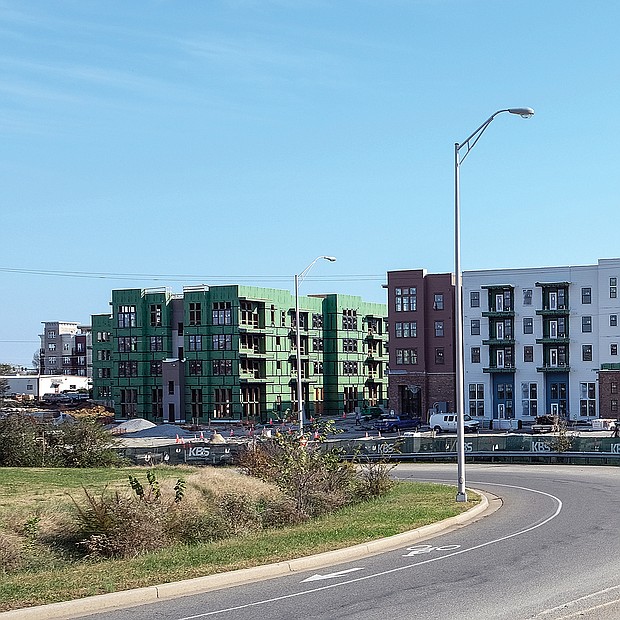 The building boom in Richmond continues, with the Manchester area in South Side being one of the hottest areas for apartment construction. These photos show the construction of the Riverview Apartments by Alabama-based LIV Development on 7 acres at Semmes and Cowardin avenues just east of the Lee Bridge. When complete next year, the $50 million development is to offer 269 units in seven buildings. Begun in 2019, the development is just the latest in the area. Across the street on the site of a former car dealership, development is underway on another 180 units. A host of other apartments are in planning or under construction to the east, such as River’s Edge II, The Current and South Falls. 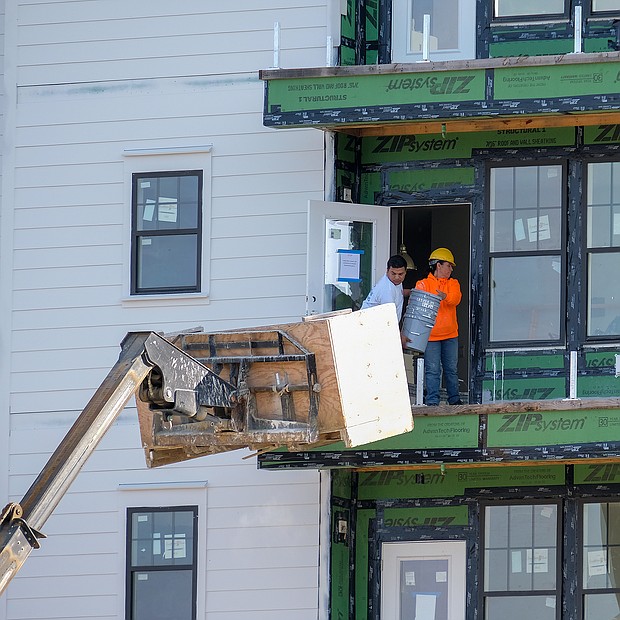 This is just the latest wave of development in a section of South Side that for more than 20 years has been the target of significant public and private reinvestment, resulting in the repurposing of old factories into residences and the building of new apartments and homes. Like equally booming Scott’s Addition north of the James River, Manchester, which was once an area of decay and vacant land, is becoming a leader in population and economic growth for the city. 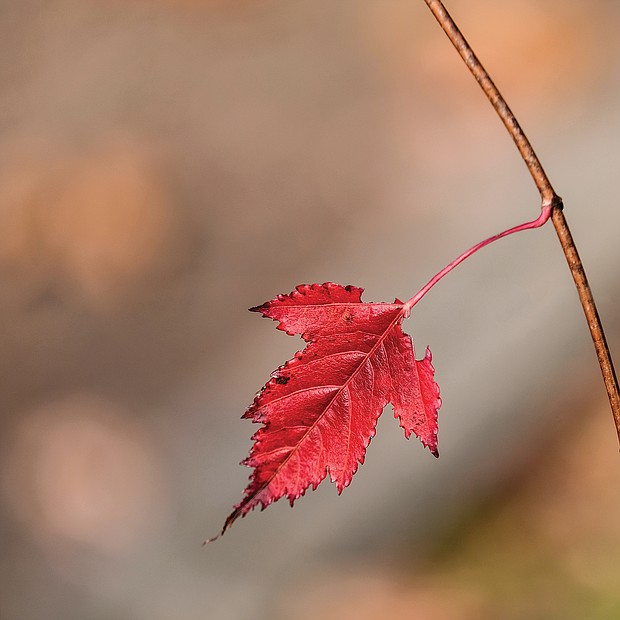